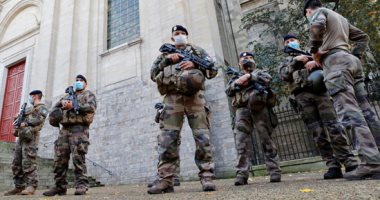 The French presidency said in a statement that the soldiers who were participating in the French (Barkhane) military operations in Mali against Islamic militants were killed on Monday when an explosive device hit their armored vehicle..

SITE said on Twitter that the Group for the Support of Islam and Muslims, which repeatedly attacked soldiers and civilians in Mali and neighboring Burkina Faso, had claimed responsibility for the attack..