Alec MacGillis: “What is happening in the US with Amazon is a warning to Europe” | Technology 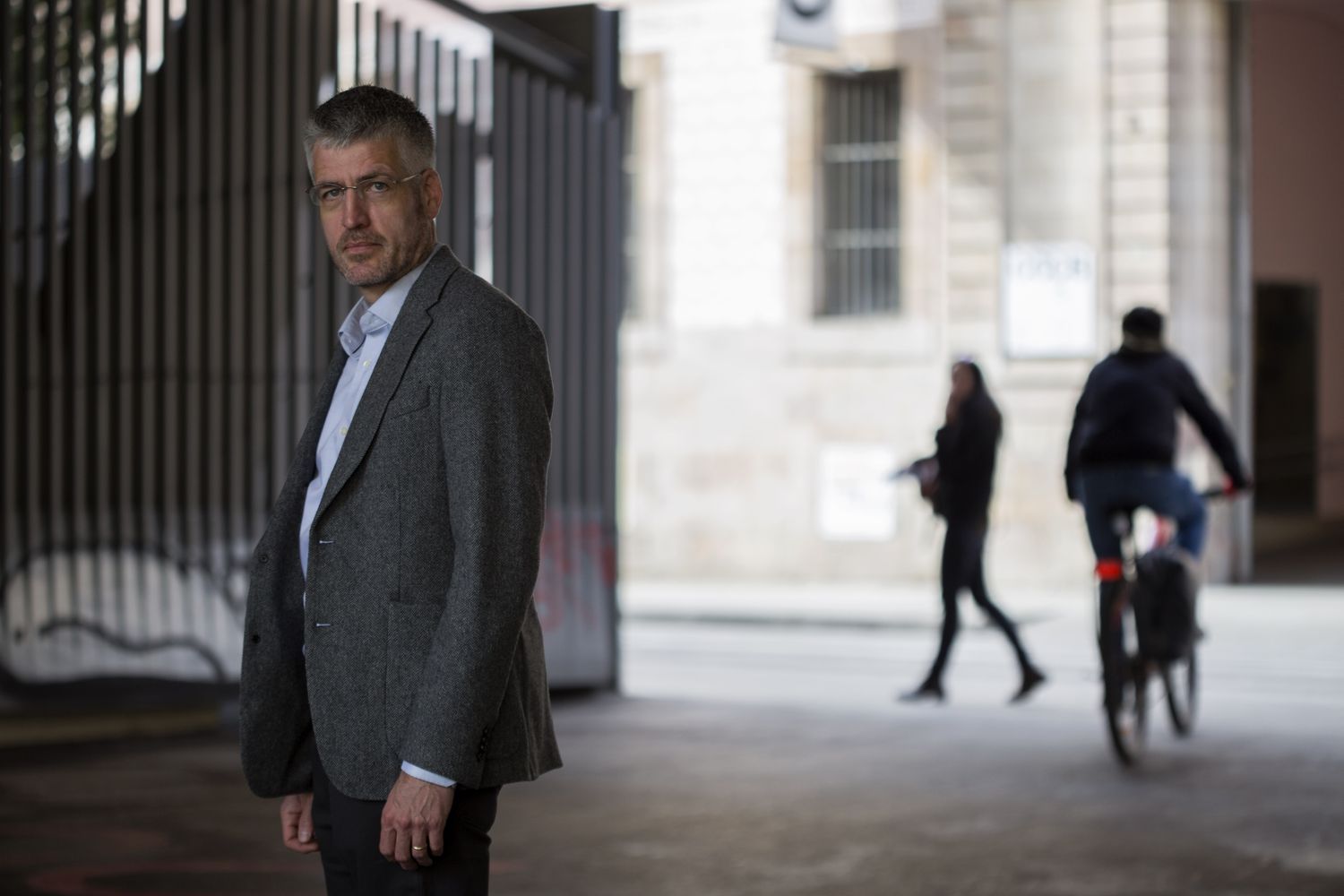 In the US, 1.1 million people work at Amazon. In Spain, at the moment only about 15,000, according to the American journalist Alec MacGillis. “I looked back at when Amazon was at a similar point in the US and it wasn’t really that long ago, their growth has been very extreme,” he says. MacGillis comes from the future to warn how Europe can end if he takes the unique path of trusting Amazon.

MacGillis has just published the Spanish (Peninsula) and Catalan (Periscopi) versions of his book United States of Amazon. The book, which was presented this week at the CCCB in Barcelona, ​​shows above all how the explosion of the big technology companies has triggered social divisions in the US, between the cities on the coasts and the center.

MacGillis is a journalist for Propublica, the nonprofit organization that focuses on investigative journalism. But before she worked in the Washington Post, where he covered Barack Obama’s campaign in 2008. At that time, in the midst of a recession, he saw the disconnect begin between affluent Washington DC and shattered Midwestern cities. MacGillis also comes from a small town in the interior of Massachusetts, which also lost a lot of population in recent years as Boston, the state capital, became wealthier. Already with his family, MacGillis went to live in Baltimore, where he saw the differences again.

Those growing differences led him to study the trend. Amazon was the company chosen for its huge tentacles, but his book is about how the new digital age is leaving millions of people behind. The concentration of wealth in the hands of the people who lead or live inside this new bubble has caused, for example, the election of Donald Trump, according to MacGillis.

Before Amazon, the United States was already a very different country from Europe. The city centers had been degraded for years, the suburbs were the heart of the country, the unions played a minor role. But the level now is completely different.

A small union is a historic success

The differences with Europe are so huge that when a single Amazon fulfillment center in Staten Island, New York, voted to create a union a couple of weeks ago, one veteran labor reporter dubbed it “By far the greatest job success of the last 25 years in the US.” “I know it sounds crazy,” says MacGillis. “But that’s how bad things are for the unions. We are at 6% in the country. No union had ever won at Amazon.

In my 25 years writing about labor, the unionization victory at the Amazon warehouse in Staten Island is by far the biggest, beating-the-odds David versus Goliath unionization win I’ve seen

What can now achieve a union that starts in such precarious conditions? “Their biggest challenge is rotation,” says MacGillis. “The first thing they need to do is just get people to stay in work longer. Amazon itself encourages high turnover. They are running out of people in some places,” he adds. There are Amazon centers that change their entire staff every year, says MacGillis. With that speed of change, nobody finds enough camaraderie among their colleagues to trust a project like a union.

The second great front is the battle against the dehumanization of the workplace. Amazon has a reputation for monitoring productivity to the second, keeping an eye on bathroom break minutes. His career for robots is severely limited by his lack of success in achieving anything like the perfection of the human hand. “At the moment a robot cannot imitate the versatility of the hand, which can adapt to objects of different sizes and weights, our hand saves us,” says MacGillis.

The warning for Europe

“I have thought a lot about the differences between the US and Europe and I have contradictory thoughts,” he adds. “On the one hand, I see the incredible vigor still in European urban centers, which I love, as well as the tradition of customs, of culture, of people who want to stay together and go out on the streets,” he says. The US had already partially abandoned those street meetings in favor of the mall.

MacGillis, whose mother is German, lived in Germany last fall to write a story about the end of coal. She there she detected dangers. “I saw a lot of trucks on the highway and closures of big city stores in Germany. I also talked to young relatives of mine, some green, who now buy everything on Amazon because they have small children, it’s easier and they don’t feel shy. He lives in the suburbs and is very embarrassed about American things,” she explains.

So otherwise, he’s worried that Europe is just lagging behind the US. Despite his better starting position: “In the US they are so big that it is almost too late. For Europe, the optimistic view is that the city and its centers are a defense against the Amazon way of life. But the pessimistic view is that it just means there is more to lose,” he warns.

When MacGillis asked questions on Amazon, the answer they gave him to close the debate is that if it wasn’t them it would be someone else, that their appearance and success is inevitable: “They came to tell me something like they knew their work is horrible, that you don’t see well, that your domain is not so good. But, they added then, this is not about us”, he explains.

MacGillis believes, on the contrary, that such fatalism is a cheap defense. There are things that Amazon could stop doing, despite the conviction of its founder Jeff Bezos that lowering the gas completely would throw the company off a cliff: “it’s always like the first day” is one of his company mottos. For MacGillis, they can be less aggressive by avoiding paying taxes or asking for public subsidies from local governments to build new logistics centers in a region or squeeze their workers so much.

MacGillis is not a member of Prime, Amazon’s subscription service. But he does shop at Amazon from time to time.”I’m not trying to call a boycott,” he says. Nor does he aspire to suppress electronic commerce in general. But he believes there is a middle ground where governments are able to downsize Amazon, for example by separating Amazon Web Services (Amazon’s data center service) from e-commerce. He also believes consumers have more options than rushing to click-to-buy or searching for more local or less concentrated businesses.

Keep in mind that the great success of Amazon today is not the products it sells, but the entrepreneurs who use its platform to sell, with a commission for Amazon, and to buy ads from Amazon. In addition, Amazon extracts information from those third-party sales to create its own products.

Some argue that department stores or supermarkets also had this information about other brands. The problem with Amazon is the scale: the millions of products, sales and speed with which everything is assimilated has nothing to do with the aisles of a supermarket.

Donald Trump Jr. sent a message with ideas to nullify the elections