Alexander Povetkin is expected to make a full recovery from coronavirus after he was hospitalised with the disease.

The 41-year-old Russian was taken ill earlier this week and his diagnosis meant that his upcoming fight against Dillian Whyte, scheduled for November 21 at Wembley Arena, was called off.

But after it emerged Povetkin is having treatment at a hospital in Moscow, his promoter has moved to assure fans that he will make a full and thorough recovery from Covid-19. 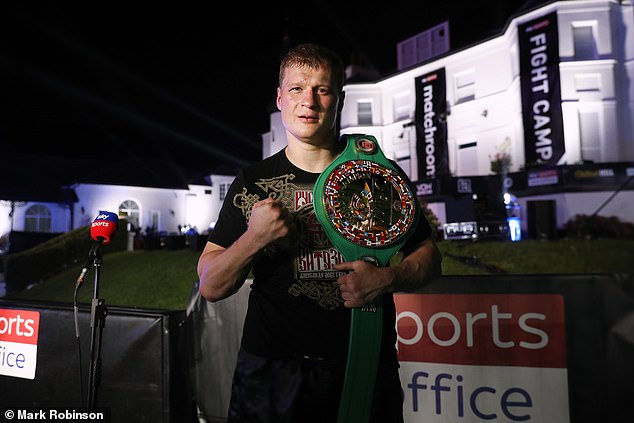 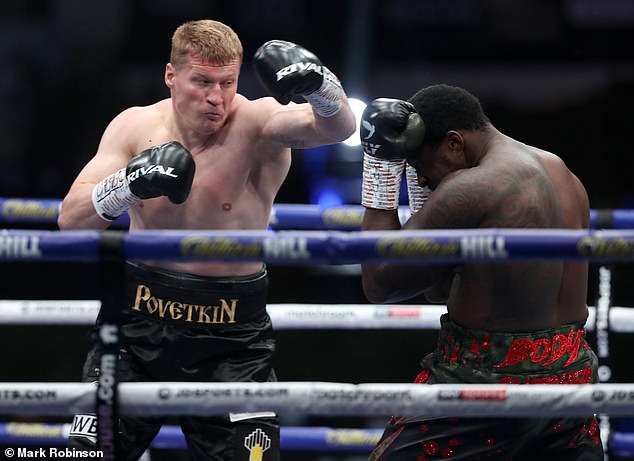 ‘Povetkin contracted the coronavirus, he has a fever,’ Andrei Ryabinsky told Tass, the Russian news agency. ‘There is another person on the team who tested positive, all measures have been taken. Everyone, including Povetkin, is isolated.

‘Alexander is now isolated in a Moscow facility, taking care of his health. The rematch will definitely take place in 2021.’

And a team spokesman cooled fears further, telling BoxingScene: ‘Everything is fine, there are no physical threats. Alexander is in a good clinic, he only has a fever, but nothing critical.

‘Alexander himself will not comment on anything further. He is focused on his treatment.’

Eddie Hearn, Whyte’s promoter, said on Twitter that he is working towards a rematch date of January 30. Hearn even teased the prospect of Whyte fighting Tyson Fury instead, but the Gypsy King is expected to seal another bout on December 5. 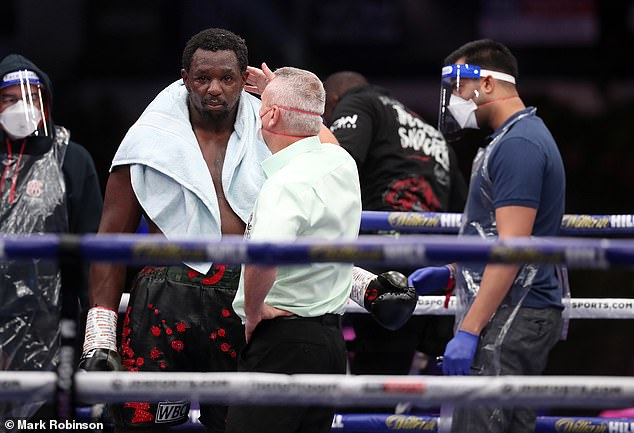 Earlier this year, Whyte was left needing oxygen after a brutal KO from Povetkin but promptly signalled to Hearn that he wants a rematch.

‘Povetkin is mandatory now, but the only person who would get called to negotiate fighting the winner of Fury-Wilder was Dillian Whyte.

‘We’ll exercise that rematch clause. We’ll look to make that before the end of the year and it’s a huge fight.’