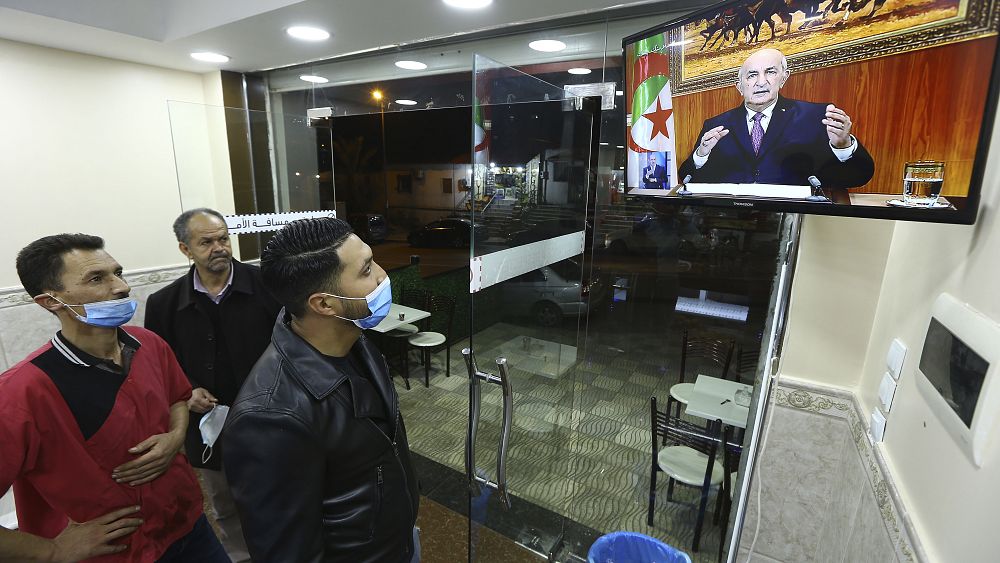 The first tranche of prisoners detained in Algeria since their involvement in anti-government protests two years ago were released on Friday following an order by the country’s president.

President Abdelmadjid Tebboune announced 60 people involved in the movement that forced his predecessor Abdelaziz Bouteflika from power in 2019 would be pardoned immediately.

In a late-night televised address on Thursday he said he was reshuffling the cabinet, replacing ministers “who didn’t live up to their responsibilities”, but did not name any individuals.

He also said he would call early parliamentary elections — the first since Bouteflika left office — but did not set a date for the poll.

Hundreds of Algerians have rallied in recent days to mark the second anniversary of the anti-government protests, also known as the Hirak movement

The state-run Radio Algérienne said Friday’s prison releases were timed to coincide with the anniversary.

Dozens of prominent protesters are likely remain jailed despite the amnesty, although supporters of the journalist Khaled Drareni said they were optimistic that he might be released later on Friday.

Drareni was arrested on early last year while reporting on a protest and sentenced in September to two years for “incitement to unarmed gathering”.

But Amnesty International has said he was jailed “simply for covering protests in Algeria”.