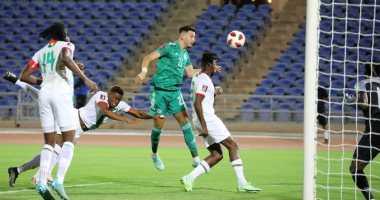 The Algerian national team fell into the trap of a 1-1 draw against its host Burkina Faso, in the match that brought them together on Tuesday evening, at the “Marrakesh” stadium in Morocco, as part of the second round of Group A matches in the African qualifiers for the 2022 World Cup in Qatar.

Algeria ended the first half of the match with a clean goal scored by Galatasaray star Sofiane Feghouli in the 18th minute, after following the cross of Islam Slimani.

In the second half, the Burkina Faso team managed to equalize in the 64th minute of the match, through Abdo Faisal Tabsoba.

Algeria won its first match in the 2022 World Cup qualifiers, at the expense of Djibouti, 8-0, last week.

The Algerian team leads the first group with 4 points, ahead of Burkina Faso, who is equal with it with the same number of points, and Niger is in third place with 3 points, after beating Djibouti 4-2.

The Desert Warriors will face Niger in the third and fourth rounds next October, in the 2022 World Cup qualifiers.