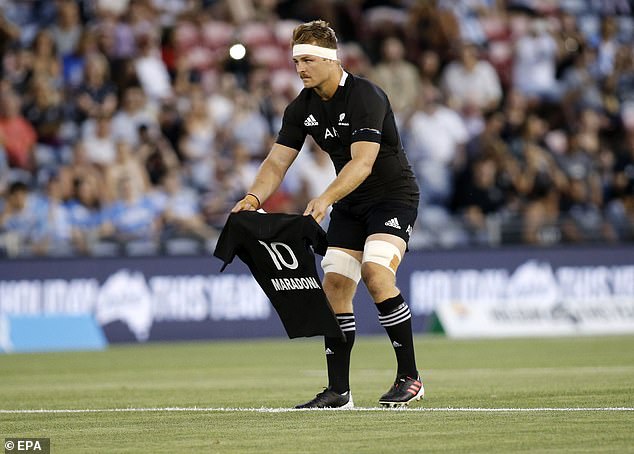 New Zealand‘s rugby team have become the latest members of the global sporting community to pay their respects to Diego Maradona after the Argentina legend died earlier this week.

The world of sport is in mourning following the sudden passing of the Argentina legend on Wednesday following a heart attack just two weeks after being discharged from hospital for a bleed on his brain, with three days of national mourning declared in the country.

And ahead of their Tri-Nations clash with Maradona’s native country, the All Blacks paid tribute to him during their traditional pre-match haka. 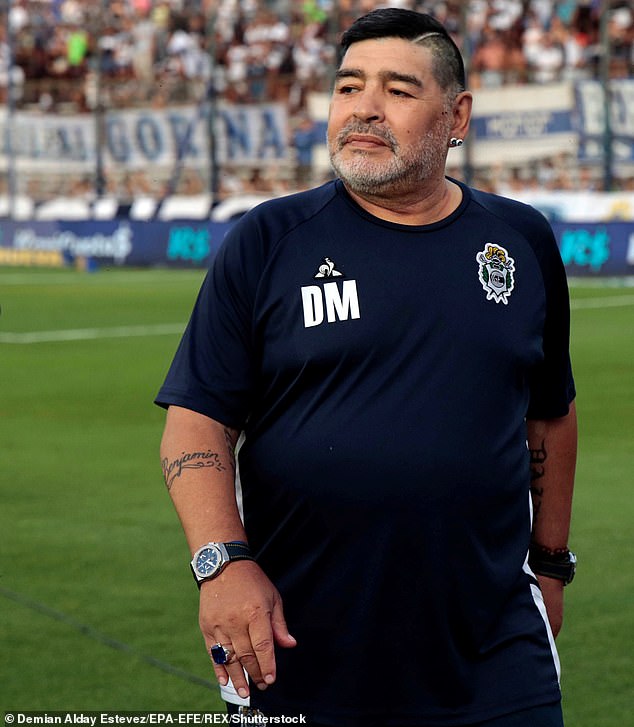 Captain Sam Cane advanced to the halfway line – close to where the Argentina team were lined up – and laid down a rugby jersey with ‘Maradona 10’ printed on the back.

Los Pumas were undoubtedly touched and the gesture also drew the rapturous  applause from the crowd that had come to watch the match at the McDonald Jones Stadium in Newcastle, Australia.

New Zealand then went on to record a 38-0 hammering of Argentina, who played  three days after Maradona’s death, while the All Blacks returned to winning ways in the competition after two successive defeats. 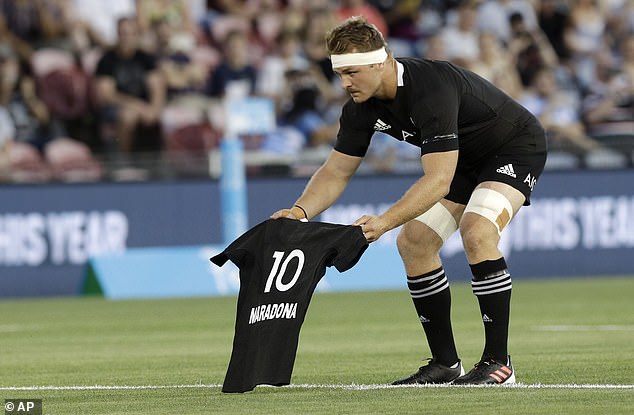 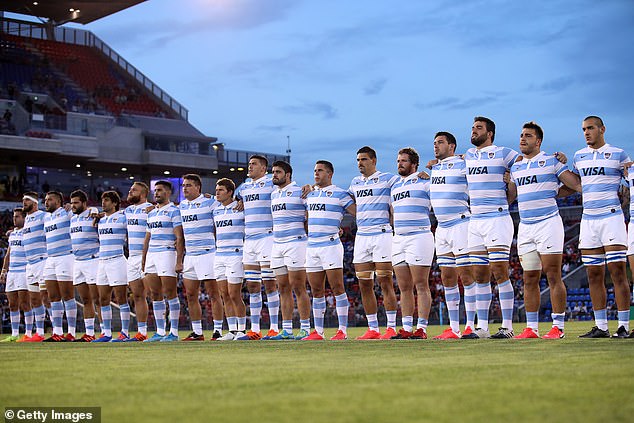 Tries from Dane Coles, Ardie Savea and Patrick Tuipulotu, plus two scores from replacement Will Jordan, helped the All Blacks avenge the shock 25-15 loss suffered against Argentina fortnight ago.

The bonus-point victory for Ian Foster’s men in their final match of 2020 puts them in pole position to win the Tri-Nations tournament, as well as preventing them losing three successive matches for the first time since 1998.

Maradona was laid to rest in a private ceremony after thousands of fans lined the streets of Buenos Aires to pay their respects as his coffin was driven to the cemetery on Thursday. 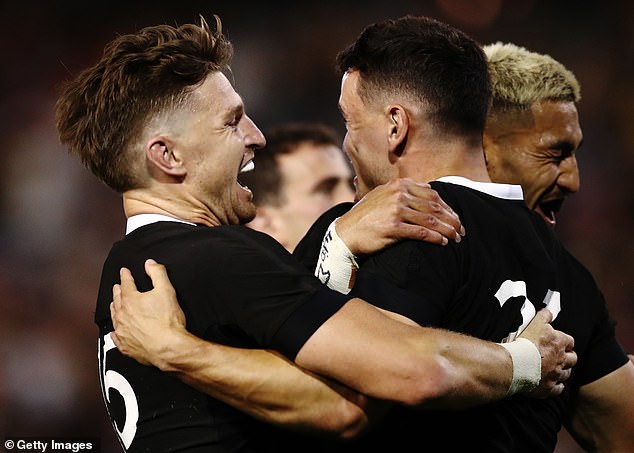 The 1986 World Cup winner was taken to the Bella Vista cemetery on the outskirts of the capital – where his parents are buried – for a private ceremony attended by family and close friends.

Maradona was a big fan of the Argentina rugby team, and speaking ahead of Saturday’s contest, coach Mario Ledesma recalled what a big supporter Maradona was of all the country’s various national teams.

‘He would watch tennis, hockey, rugby, football, whenever there was an Argentina jersey he was there and he was an example of how to represent that jersey,’ Ledesma said. 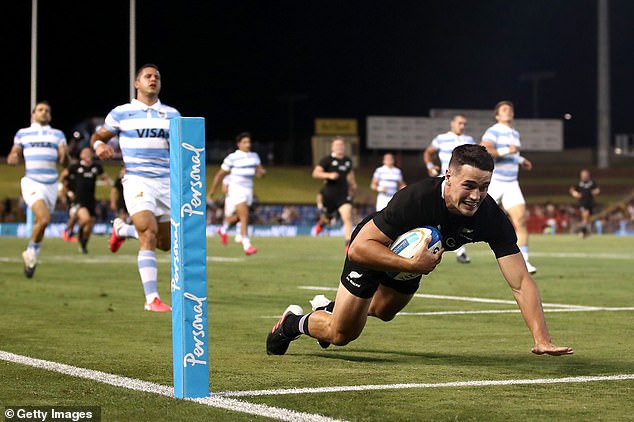 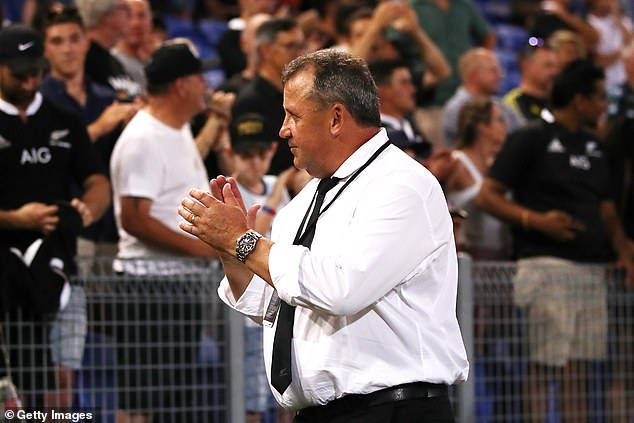 ‘He’s a big figure in our country and he epitomised a lot of the way the Argentinians are. We’ll try to remember him the best way possible, on the field representing the colours.’

Other sporting events this weekend will also pay tribute to Maradona when teams take to the field, with Crystal Palace and Newcastle having already done so with a minute’s silence in their Premier League fixture on Friday.

Serie A sides will show his iconic ‘Live is Life’ warm-up on the stadium big screens and players will all wear black armbands and partake in a minute’s silence to pay their respects to the Napoli legend. 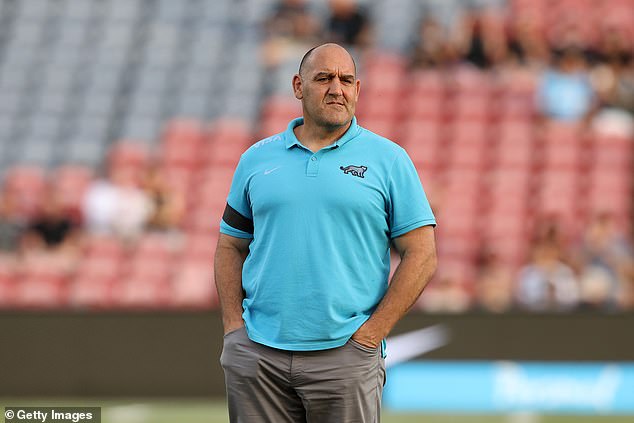 Donald Trump: a sudden entry into politics – and ascent to the White House