The Moldovan Sheriff Tiraspol, the latest football miracle, beat Real Madrid 2-1 at the Santiago Bernabeu, and topped the standings of Group D in the European Champions League, ahead of the Spanish king, runner-up by 3 points, then Inter Milan and Shakhtar of Ukraine in third and fourth places.

The submerged Sheriff was out of all expectations after the lottery put him in a group in which the expectations indicated that Real Madrid qualified with Inter Milan, and perhaps Shakhtar without Sheriff being in the accounts in the first place. 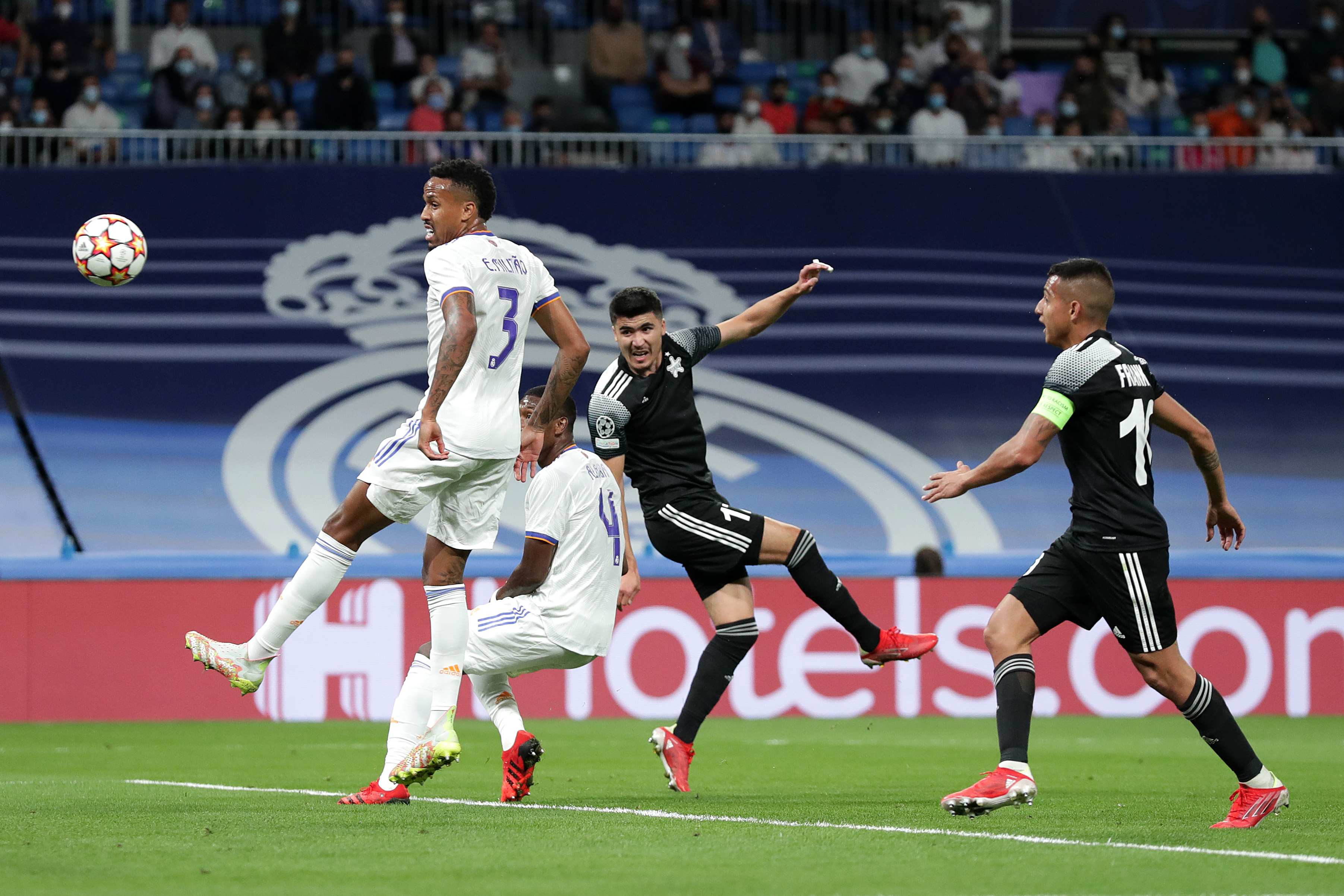 And the miracle of Sheriff blew his first surprise against Shakhtar in the first round and won two goals without return at his home, then the miracle by conquering the royal master of Europe in his own home and winning him with two goals to one.

Sheriff Club was founded in 1997 and belongs to the state of Transnistria, and its capital is Tiraspol, an independent republic that declared itself a state, but was not recognized by the international community, and Russia is its only ally.. 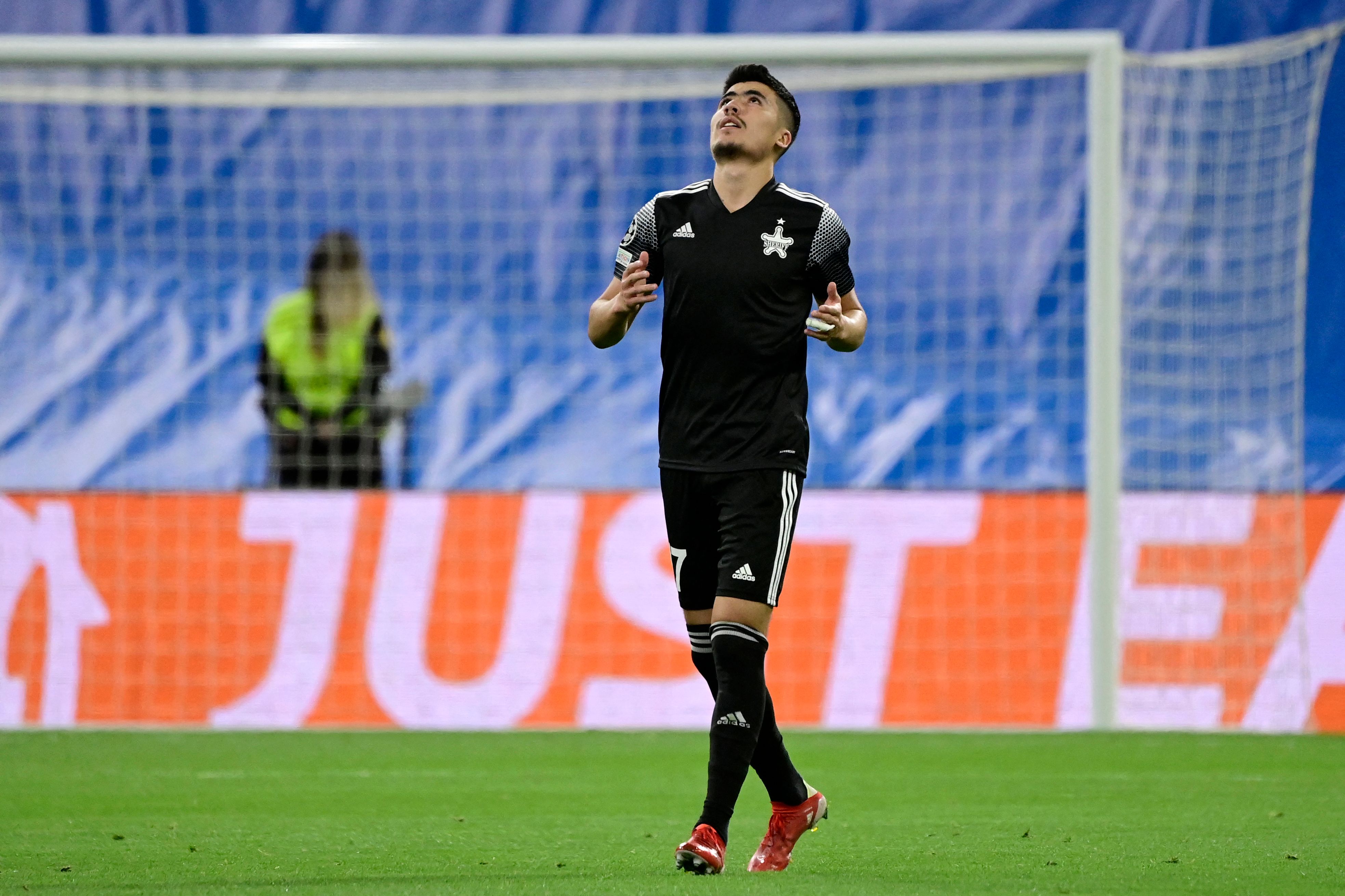 Sheriff Club is considered the largest of that unrecognized country, and it has previously won the Moldovan League 19 times since its founding.

Sheriff qualified for the European Champions League 21/22, through a long journey that began with the Albanian Tyuta in the first qualifying qualifiers, and won 5-0 in the home and away matches to qualify for the second qualifying qualifiers and clash with the Armenian Alashkert team and beat them 4-1 on aggregate. 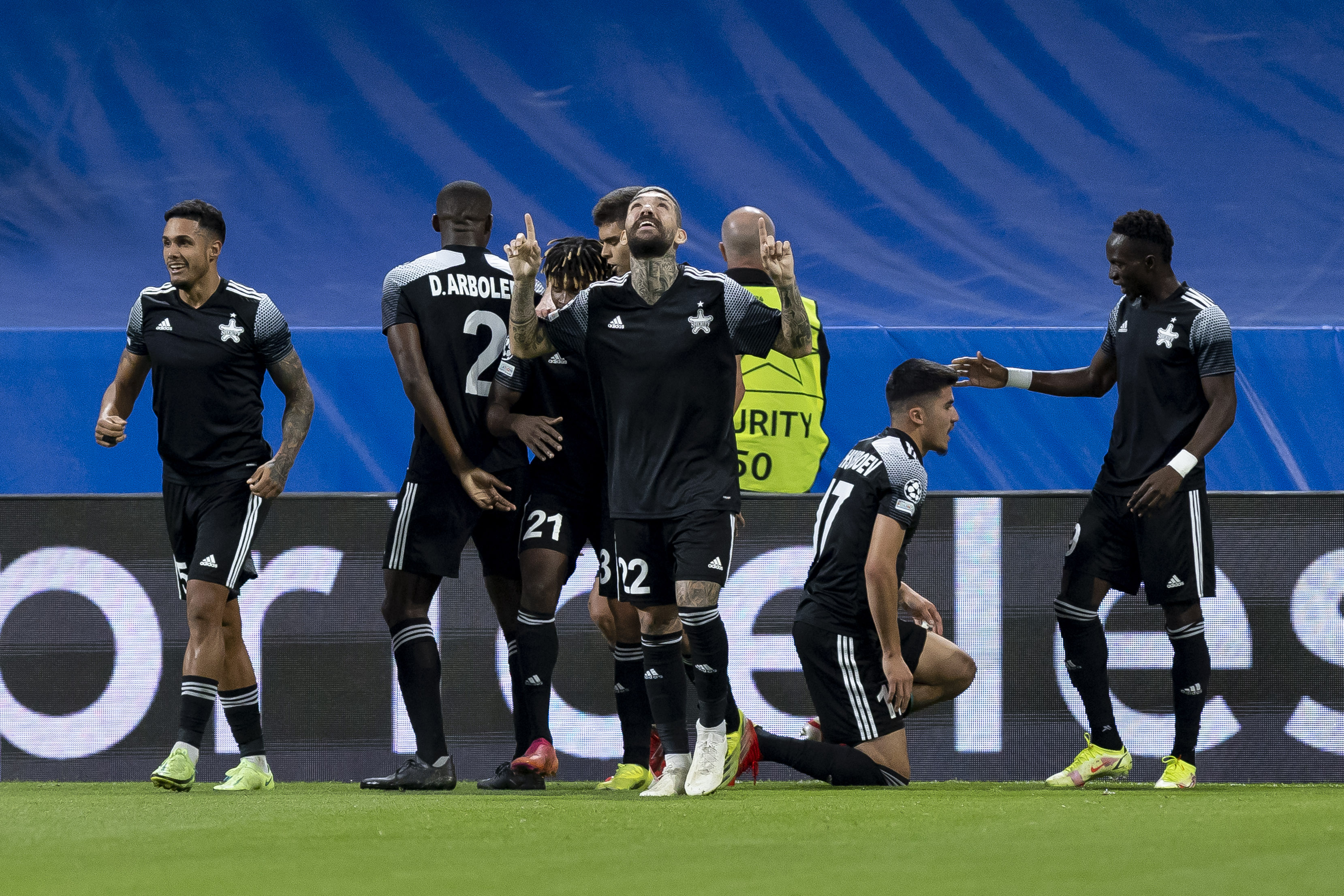 Sheriff Tiraspol in the Champions League

Then he beat Serbian Servina Zvezda, 2-1 in the two meetings, and ousted Croatian Dinamo Zagreb after winning 3-0 in the two matches. Sheriff achieved the surprise by qualifying for the first time to participate in the Champions League groups..

Sheriff included 5 new deals during the recent transfer period, the most prominent of which was the Ghanaian Khaled Abdel Basset, the former Esperance player who signed a two-season contract on a free transfer.. 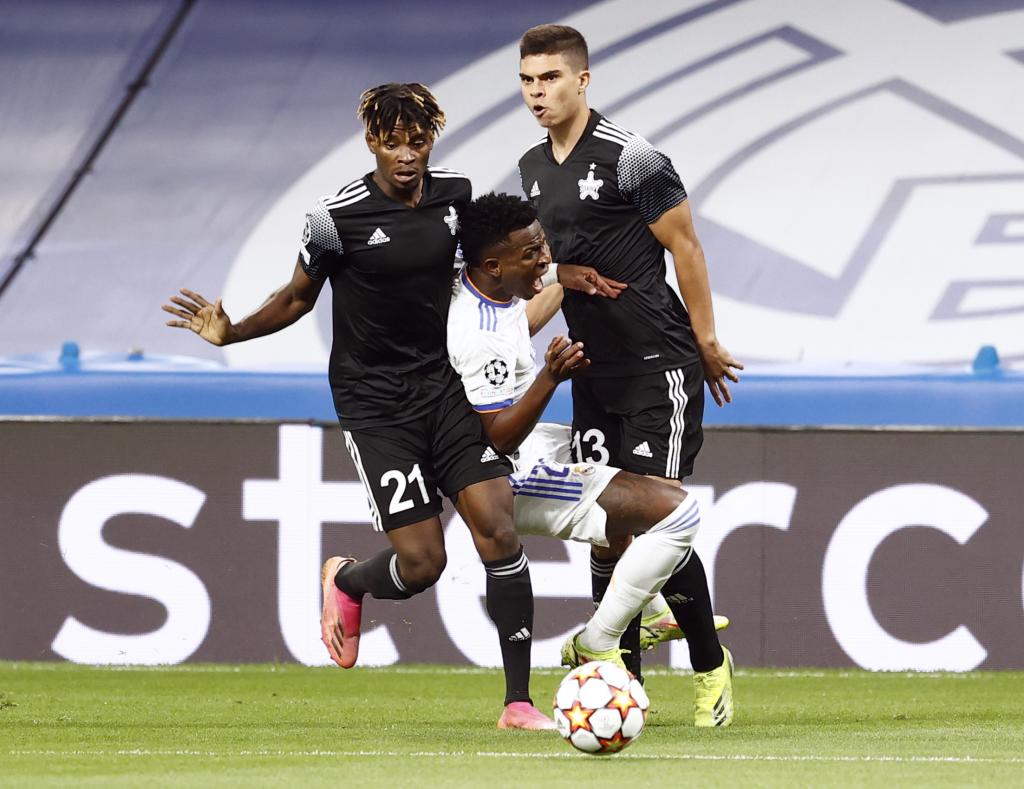 While one of Sheriff’s former players, recently joined the ranks of Ghazl El-Mahalla during the current summer transfers, the Ivorian Ibrahima Kone, the former player of the Vanguards of the Army in a free transfer..

What did the newspapers of Spain say about Sheriff?

For its part, (AS) chose the title “The Sheriff Enforces His Law” in a play on the name of the Moldovan team, which means a local police chief in the United States.

The newspaper highlighted the fact that the royal “made 31 shots, but only scored from a penalty kick” carried out by Benzema. 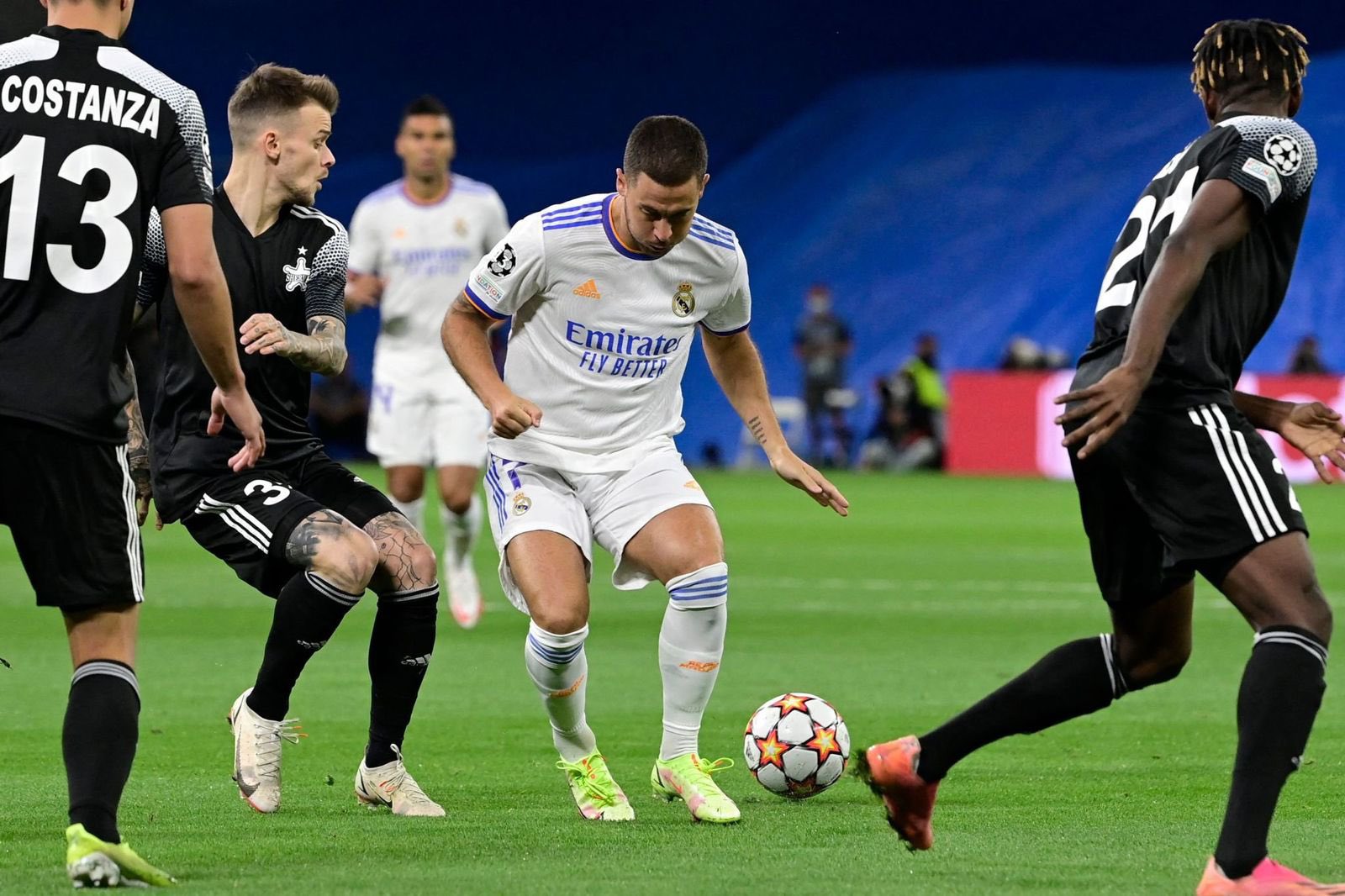 In Catalonia, the newspaper (Mundo Deportivo) bet on playing with words as well, and chose for its editorial the title “The Sheriff stop them”.

The newspaper, which chose for its cover a picture of the “modest” Moldovan team, celebrating the precious victory at the Santiago Bernabeu, indicated that the royal men “were only able to score with a penalty kick and Cinderella (Sherif Tiraspol) became the leader of the group.”

As for the Catalan (Sport) as well, the defeat of Real Madrid gave only a small part at the top of its home page and its title was “The Sheriff deals a blow to Real,” noting that this is “the second stumble of (Coach Carlo) Ancelotti’s men in Santiago Bernabeu in four days.”