American Centers: 2.5 million people were vaccinated with the first dose of Corona vaccines 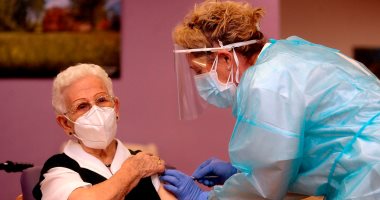 The US Centers for Disease Control and Prevention said that two million 589,125 people in the country had been vaccinated with the first dose of Covid-19 vaccines, as of Wednesday morning, and had distributed 12 million 409,050 doses.

She added that these numbers include the vaccines of Moderna and the Pfizer-Bionic Alliance.

The statistics published by the centers on Monday indicated that two million 127,143 doses were vaccinated with the first dose of the two vaccines and 11 million and 445175 doses were distributed.

The centers also stated that the number of new infections with the new Corona virus jumped by 199,282 cases compared to the previous census to 19 million 432 thousand and 125 infections, while the number of deaths increased from 3390 to 337,419 cases.

The statistics of injuries and deaths include the period until 4 pm yesterday, eastern United States time, compared to previous figures published by the centers the day before.

The results of the US centers do not necessarily reflect the cases recorded by each state separately.