American freed in Venezuela says his ‘nightmare’ is over 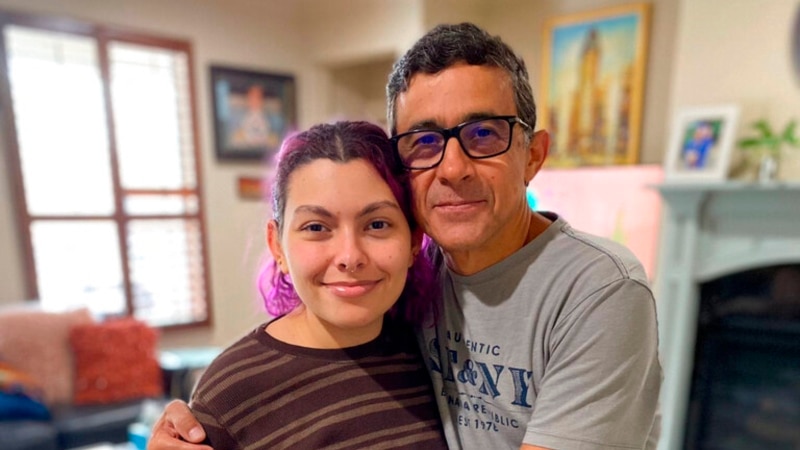 A US oil executive released from custody in Venezuela said that while he celebrates with his family the end of a long “nightmare,” he prays for the release of five colleagues who remain in detention and “deserve the same blessings.”

Gustavo Cárdenas arrived at his residence in Houston at 4 a.m. Wednesday after flying overnight from Caracas accompanied by a high-ranking State Department official who was sent to negotiate the release of american prisoners in the South American nation.

In a statement sent to The Associated Presssaid his imprisonment for more than four years “has caused much suffering and pain, much more than I can express in words.”

“I got out of prison and regained my freedom after approximately 1,570 days of wrongful detention. It was a very difficult moment marked by deep pain, but also by faith, hope, love, and survival”, he added.

He called for the prompt release of the rest of the so-called Citgo 6, a name that refers to the Houston oil company they worked for. “They and their families deserve the same blessings and freedom that I got last night,” he added.

He credited President Joe Biden and other top US officials for his release, as well as the support he received from former New Mexico Governor Bill Richardson and Mickey Bergman of the Richardson Center, who has worked to secure the release of dozens of detained Americans. abroad.

Notably, he did not mention Venezuelan President Nicolás Maduro, whose government jailed the men when they traveled by executive jet to Caracas around Thanksgiving 2017 for what they thought would be an emergency meeting with Citgo’s parent company, the parastatal oil company PDVSA.

Instead, men with covered faces and assault rifles burst into a conference room and arrested them. They were later sentenced on charges stemming from a never-realized plan to refinance some $4 billion in Citgo bonds by offering a 50% stake in the company as collateral. Prosecutors accused the men of maneuvering to benefit from the proposed deal.

They have always maintained their innocence. The United States has accused Maduro of using them as bargaining chips in order to extract concessions from Washington.

The release of Cárdenas and Jorge Fernández, an American imprisoned in Venezuela who was not part of the Citgo 6, occurred hours after Maduro gave indications of his interest in improving relations with Washington at a time when Russian invasion of Ukraine It has generated concern in the United States due to the increase in gasoline prices. In a televised speech, Maduro appeared to indicate that he was willing to accede to US demands to resume negotiations with his opponents as the first step in any relief from sanctions that the OPEC member country has faced for years.

US officials have not referred to any other specific results of the talks, but noted that the release of the two officials reflects months of work to build a relationship between the two nations, especially by Roger Carstens, the special presidential envoy for foreign affairs. of hostages and who accompanied Cardenas and Fernandez on their return trip to the United States.

Carstens made a trip to Venezuela in December that did not result in the immediate release of hostages, but which senior officials said served to establish a relationship of trust and set the stage for Tuesday’s denouement. He returned to Venezuela last weekend with other government officials, including Juan González, director of the National Security Council for the Western Hemisphere, and Ambassador James Story, who heads the US government’s Venezuelan Affairs Unit from neighboring Colombia. .

The Biden administration described it as the first visit by a White House official to the country since Hugo Chavez took over in the late 1990s, and a rare opportunity to discuss political issues with the Maduro government. . One official said it was “a constructive, diplomatic but very sincere dialogue” and that it did not involve any quid pro quo but allowed the US government to share with Maduro its “worldview.”

In addition to the other members of the Citgo 6, other Americans remain detained in Venezuela. Two former Green Berets, Luke Denman and Airan Berry, have been arrested for their part in a confusing plot to oust Maduro, and former US Marine Matthew Heath has been detained on weapons charges.

Fernández was arrested near the border with Colombia in February 2021 after being found with a drone, a device whose use is restricted in Venezuela. He was accused of terrorism.

The conversations of the weekend took place just over three years after the United States broke relations with Maduro and recognized opposition leader Juan Guaidó as the legitimate ruler of Venezuela.

The dialogue came after months of behind-the-scenes lobbying by intermediaries — US lobbyists, Norwegian diplomats and international oil executives, who have been pushing for Biden to review the so far unsuccessful “maximum pressure” campaign he inherited from his predecessor Donald Trump. Trump to overthrow Maduro, who faces sanctions and an indictment in New York for drug trafficking.

But the push for rapprochement with Maduro took on greater urgency after Russia’s invasion of Ukraine and subsequent US sanctions on Moscow. The Ukrainian crisis promises to generate a rearrangement in world alliances and cause a rise in gasoline prices, aggravating inflation that is already at its highest level in four decades.

Last week, top Democratic and Republican lawmakers began voicing support for a ban on Russian oil and natural gas imports as the next step to punish Russian President Vladimir Putin for the invasion.

Venezuela is Putin’s main ally in Latin America and one of the main oil exporters. Its re-entry into US energy markets could mitigate the repercussions on gas stations of an oil embargo on Russia. But the talks in Caracas were quickly condemned by Democratic and Republican senators.

Democratic Senator Bob Menendez, chairman of the Senate Foreign Relations Committee, said Biden’s attempts to unite the world against Putin “should not be undermined by propping up” Maduro, whose government is under investigation by the International Criminal Court for possible crimes against humanity committed against protesters in 2017.

The US-backed Venezuelan opposition faction insisted on Wednesday that it remains open to resuming negotiations with Maduro to set a date for fair and democratic presidential and legislative elections, warning that any sanctions relief must come accompanied by genuine advances towards democracy.

“The lifting of any pressure measure, if it is not oriented towards democratization, would only strengthen the authoritarianism that today threatens the world… Only a Venezuela with democratic, institutional and transparency guarantees can be a reliable and efficient energy supplier for the world,” the faction said.