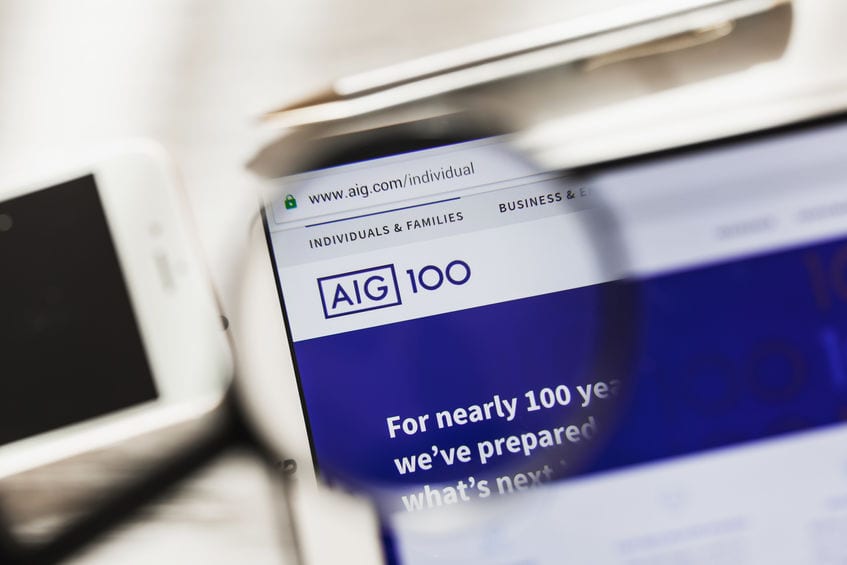 
American International Group Inc. (NYSE: AIG) said on Tuesday that it swung to a loss of £43.15 million in the fiscal fourth quarter. In comparison, AIG had recorded a profit in the comparable quarter of last year. The U.S. firm attributed its loss primarily to the ongoing COVID-19 crisis that has so far infected more than 28 million people in the United States and caused a little under half a million deaths.

AIG shares closed the regular session over 1% up on Tuesday but lost almost the entire intraday gain in after-hours trading. The stock is now exchanging hands at £30 per share. The price action should come in handy if you are interested in investing in the stock market.


American International Group’s loss in Q4 translates to 5.04 pence per share. Adjusted for one-time items, AIG earned 67.62 pence per share in the recent quarter. Analysts, on the other hand, had called for a higher 70.50 pence of adjusted earnings per share for the insurance conglomerate in Q4.

The New York-headquartered company said that it generated £6.96 billion of revenue in the fourth quarter. Its adjusted revenue in Q4 stood at an even higher £8.62 billion. American International Group reported a 10% year over year decline in its fourth-quarter adjusted income. In comparison, it had posted a much broader 56% decline in adjusted earnings in the fiscal Q2.

Other prominent figures in the multinational finance firm’s earnings report on Tuesday include £128.04 million of underwriting losses attributed to the Coronavirus pandemic in the recent quarter. AIG also noted £264 million of losses in Q4 due to natural catastrophes, including hurricanes Delta, Laura, Zeta, and Sally.

CEO Brian Duperreault commented on the financial update on Tuesday and said:

“We are effectively managing the impacts of COVID-19 and natural catastrophes and remain well-capitalised in this environment of unprecedented uncertainty.”

In related news, American International Group named Peter S. Zaffino as its next Chief Executive Officer on Tuesday. Zaffino will take on the role on 1st March – when AIG’s current CEO Brian Duperreault will become executive chairman of the board.

The NYSE-listed company performed fairly downbeat in the stock market last year with an annual decline of more than 20%. At the time of writing, it is valued at £26 billion.