American Justice: There are national security concerns after documents were stolen from Congress 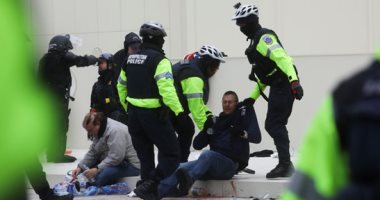 The US Department of Justice confirmed that there are national security concerns after documents were stolen from the Congress building, according to an urgent news broadcast by Al-Arabiya Al-Hadath a short while ago.

Earlier, the FBI asked the Americans to provide any information that helps identify the rioters in Congress. In turn, the US Bloomberg Agency confirmed the resignation of the Director of European and Russian Affairs from the US National Security Council due to the events in Congress.

Australia: Cheaters reveal the REAL reasons why they had secret flings