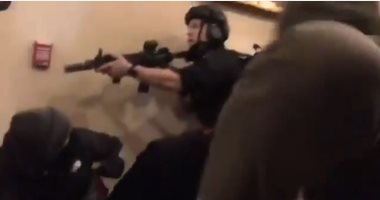 Al-Arabiya TV, in its breaking news a while ago, quoted American media outlets confirming the death of a woman who was injured in the Congress building from her wounds.

Queensland: Ex-boyfriend of mother accused of leaving baby to die is charged with murder 18 months