Americans who don’t speak English are nearly FIVE TIMES more likely to test positive for coronavirus – but less likely to get tested in the first place, study finds

Americans who don’t speak English are much more likely to test positive for the novel coronavirus, a new study suggests.

Researchers found that people who primary spoke languages such as Spanish, Cambodian and Amharic had a five-fold higher risk of being diagnosed with COVID-19, the disease caused by the virus.

What’s more, despite their heightened risk, non-English speakers were much less likely to be tested.

The team, from the University of Washington School of Medicine, says more  outreach efforts need to be implemented, such as mobile clinics and drive-up testing, to curb the pandemic among communities of color. 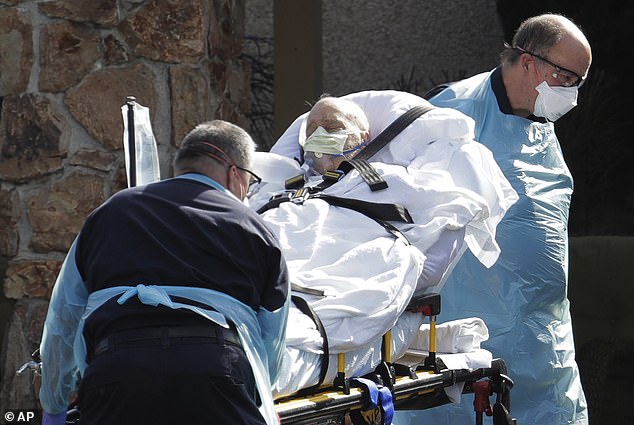 Researchers looked at nearly 31,000 patients who were tested for coronavirus at the University of Washington Medicine system. Pictured: A person is loaded into an ambulance at the Life Care Center in Kirkland, Washington, March 12 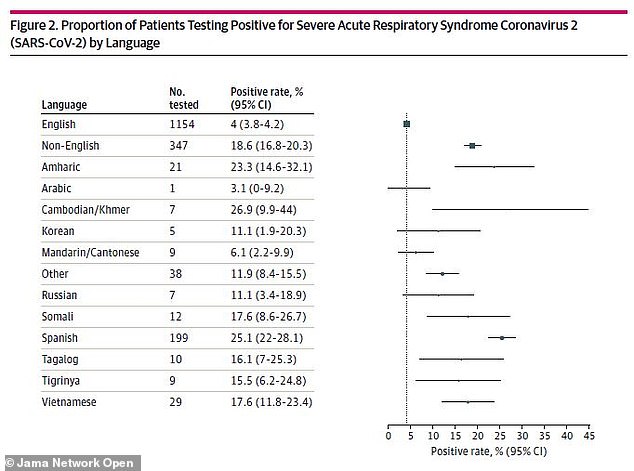 For the study, published in JAMA Network Open, the team looked at patients tested at the University of Washington Medicine system, made up of three hospitals and more than 300 clinics.

Researchers analyzed SARS-CoV-2 tests performed between February 29 – when testing first began – and May 31, 2020.

Of the nearly 31,000 patients who were tested for the coronavirus, about 1,900 were non-English speakers.

Patients who didn’t speak English were 4.6 times more likely to test positive than Americans who did speak English.

Those whose primary language was Cambodian were the most likely to test positive for the virus with 26.9 percent receiving a positive result – almost six times higher than English speakers.

Spanish- and Amharic-, an Ethio-Semitic language, speakers were the next most common to test positive at rates of 25.1 percent and 23.3 percent, respectively. 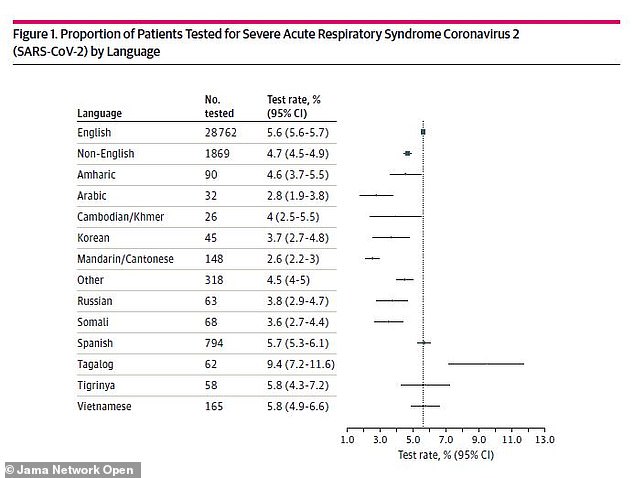 About 4.7 percent who spoke a different language had their noses and throats swabbed in comparison with 5.6 percent of those who spoke English.

Mandarin- and Cantonese-speaking patients were the least likely to be tested with a rate of just 2.6 percent.

Arabic and Korean speakers were the next least likely to not be tested with only 2.8 percent and 3.7 percent being swabbed, respectively.

Those who live in minority communities are more likely to work in so-called ‘essential’ jobs with a greater risk for coronavirus exposure than those telecommuting.

Additionally, they have less flexible schedules, affecting their ability to take sick leave if needed and potentially delaying treatment.

The Centers for Disease Control and Prevention has stated in the past that minority communities might benefit from materials that translate the risk of SARS-CoV-2 for people who don’t speak or read English very well.

‘Our study found that despite the availability of interpreter services across clinical locations, non–English-speaking patients in our health system were tested less frequently for COVID-19 and had significantly higher burden of infection,’ the authors of the new study wrote.

How to profit from smaller company shares with less risk