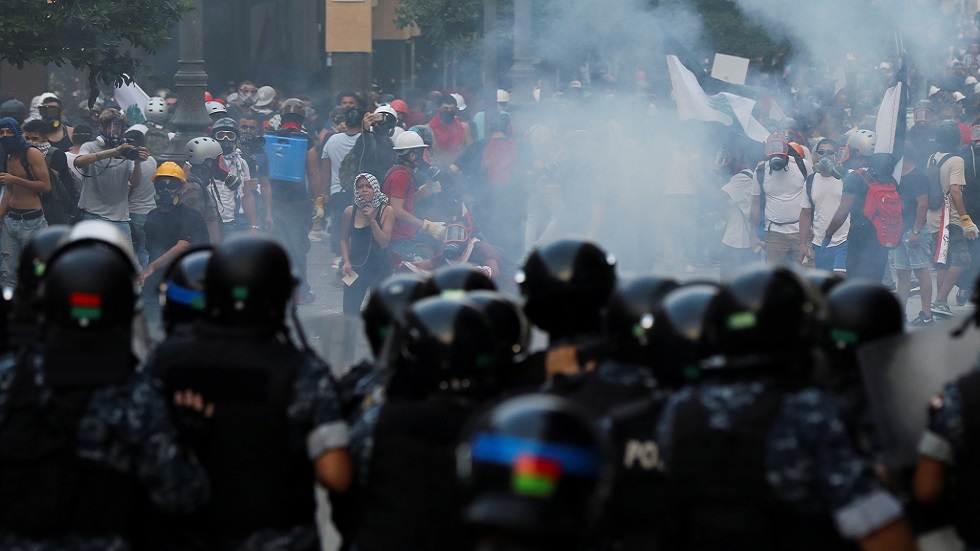 Amnesty International has urged Paris to suspend arms exports to Beirut unless it undertakes to use them in accordance with international law, stressing that Lebanese security has used French-made weapons to suppress peaceful protesters.

“France has for years been providing the Lebanese security forces with law enforcement equipment that they used to commit or facilitate the commission of serious human rights violations,” said an arms control advocacy official at the French branch of Amnesty International, Emeric Elwyn, in a report on Thursday.

The Crisis Evidence Laboratory and the Organization’s Digital Verification Authority are investigating the authenticity of 101 video clips of the protests that erupted in the summer of 2015 outrageous against the mismanagement of the waste crisis in the country, and the unprecedented demonstrations that Lebanon witnessed as of October 17, 2019, in protest against the economic collapse and the failure of the political class to run affairs. Country.

The organization spoke of a “disgraceful role” played by the French arms. It stated that “no less than a thousand protesters were injured due to the unlawful use of force by the Lebanese security forces, which often used French-made law enforcement weapons, including chemical irritants such as tear gas, and kinetic projectiles such as rubber bullets.” Launchers related to it. “

“The French authorities must inform the Lebanese security forces that they will not be able to resume exports unless they demonstrate that these equipment are being used in a manner consistent with international law and standards on the use of force and the right to freedom of peaceful assembly,” Elwyn said.

6 Topics If you go into it, you may find yourself being prosecuted