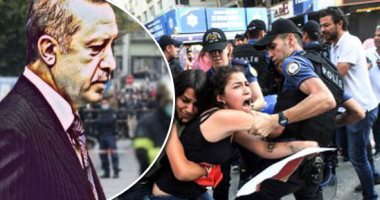 “This law gives the interior minister the authority to close any group whenever he wants, without the opportunity to appeal,” Behan said, according to the Financial Times.

The bill, drafted by President Recep Tayyip Erdogan’s Justice and Development Party, was submitted to comply with the United Nations Security Council Resolution to Combat Terrorism and was approved in response to the 2019 report of the Financial Action Task Force, an intergovernmental body to monitor money laundering and terrorist financing.

Egypt .. More than 11 million women have been examined, ordered by Sisi

Christian musician ‘has made two attempts to escape from mental hospital’

Christian musician 'has made two attempts to escape from mental hospital'