An Arab team is among the winners of the “Globe Soccer Awards 2020” .. Video 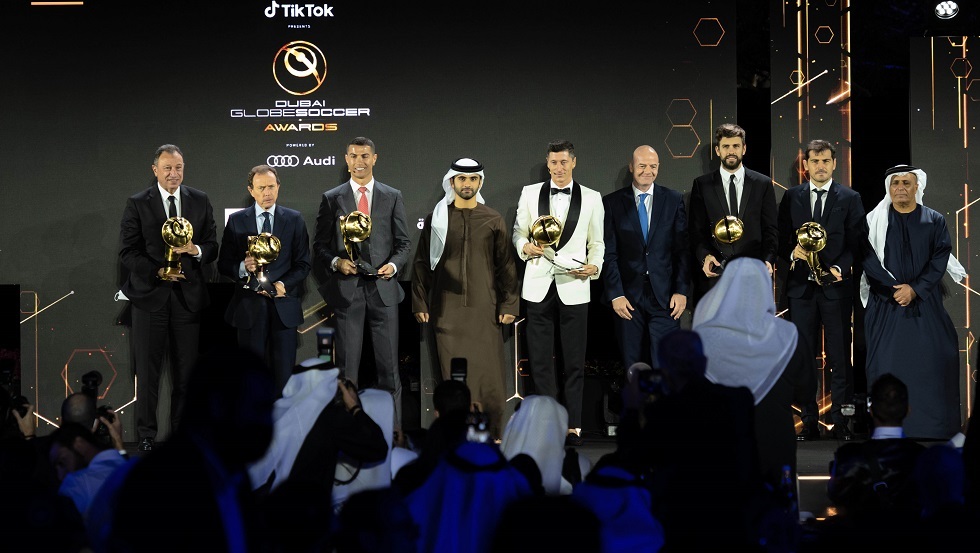 Today, Sunday evening, the city of Dubai witnessed, at the Armani Hotel, which is located in the tallest building in the world, Burj Khalifa, the 12th edition of the ceremony to present the Globe Soccer Awards, which Dubai hosts annually.

The Egyptian Al-Ahly Club won the Horn of Africa Club award and the most crowned in the Middle East, presented by the Dubai Globe Soccer Awards, in partnership with the Dubai International Sports Conference, a member of the Mohammed bin Rashid Al Maktoum Global Initiatives.

Cristiano Ronaldo and his former team, Real Madrid, won the Player of the Century Award for the period between (2001-2020).

The following is the list of winners of the “Globe Soccer Awards 2020”:

Egypt’s Al-Ahly Club wins the Horn of Africa Club award and is the most crowned club in the Middle East.

Portuguese Jorge Mendes wins the award for best agent of the year 2020, which Ronaldo received instead.

Bayern Munich wins the best team award in 2020 and Lewandowski receive the award.

US COVID-19 hospitalizations surpass the April peak by 17%