An “educational” channel on YouTube raises controversy with the question: “What if Bill Gates disappeared?” 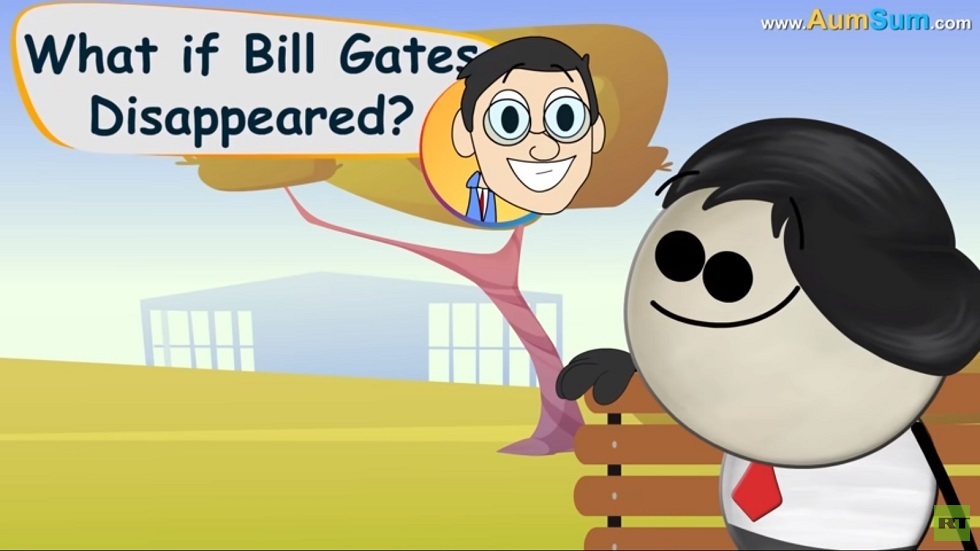 A “educational” channel on YouTube raises controversy with the question “What if he disappeared …?”

An “educational” channel for children on YouTube has released a scary video warning its young viewers that the world will be a much worse place if Microsoft founder Bill Gates and other billionaires disappear from him.

In the bizarre video clip titled “What If Bill Gates Disappears?”, The narrator warns that if Gates disappears, “many will miss a well-respected billionaire.”

The cartoon was released in January, but it has only received attention in recent days, as two cartoon characters named “Clean Energy” and “Doctors ‘Society” appear crying for Bill Gates’ disappearance as he stops giving them piles of cash.

The producers of the video have warned that the Bill and Melinda Gates Foundation is the largest private charitable organization worldwide, that in the event of the disappearance of the American billionaire, “charity will take a big hit,” and added that if Gates disappeared, other billionaires might stop donating money to charity. .

They indicated that Bill Gates’ disappearance could also deal “a blow to climate conservation efforts,” and the narrator says, “Fossil fuels may re-emerge.”

It is worth noting that the strange video appeared on the “AumSum Time” channel, previously known as “Smart Learning for All”, and has more than two million subscribers and about 600 million views across all its videos. According to “LinkedIn”, the channel is located in India and was founded by Chinmay Shah. .

It’s perfectly normal that children are being bombarded with messaging about how great Bill Gates is while he is simultaneously buying vast swathes of land in America and monopolizing global food production. https://t.co/J4tKsxSdiV

In the same way, other videos were equally frightening and strange, in which they asked in their content the question: “What if Elon Musk had disappeared?” The channel claimed that the disappearance of the richest man in the world would make the world somehow “poorer”, and cartoon men appeared. Moved around the world with empty containers.

The video added that if Musk vanishes, he will be “sorely missed by his millions of followers around the world.”

It is worth noting that the aforementioned channel made more than 143 videos asking the question: “What if he disappears …?” These included politicians, social media, several sports fields, and even numbers and years.

Yemen: The boy who saved his sister from a sniper