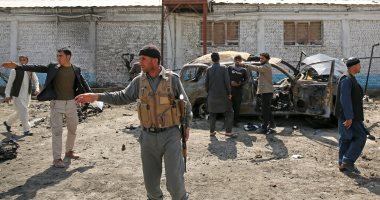 The Afghan capital police announced today, Monday, that an explosive device has exploded in Kabul, noting that the explosion did not result in any injuries. The police said – in a statement carried by the Afghan TV channel, that the explosion occurred in the “Kolula Poshta” area“.

And last Tuesday, the Afghan police announced that at least 5 people were killed and two others were injured in a mine explosion in the capital, Kabul, on Tuesday morning. He was attached to a car carrying doctors working in “Paul Sharkhi” prison, without giving further details of the victims.

Watch .. "The Best Shooter" in the American League challenges three-pointers in five minutes

LEAGUES ONE AND TWO ROUND-UP: Gwion Edwards at the double as Ipswich go top