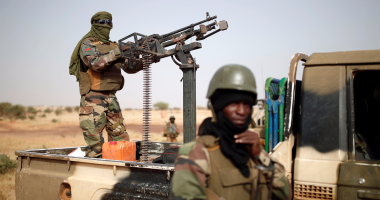 The Malian Army announced that an explosive device had exploded when a military patrol carrying Malian soldiers from the African joint force “G5” passed by in the Bolkisi area near the border with Burkina Faso, according to the Saudi Press Agency. .

The Malian army statement added that the accident, which occurred 300 meters north of the joint African force camp at the entrance to the village of Pulkisi, did not cause any casualties among the Malian armed forces or any material damage..

He pointed out that search is underway to find the perpetrators of this attack.