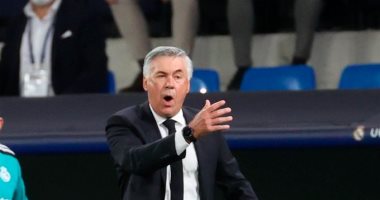 Real Madrid coach Carlo Ancelotti expressed his deep sadness at the heavy loss his team suffered against Sherif Tiraspol, the champion of Moldova, 2-1, in the match that was held at the “Santiago Bernabeu” in the second round of the group stage of the Champions League for the season. Current 2021/2022.

Carlo Ancelotti said during the match’s press conference: “We are sad, we had opportunities to get the three points, we played with intensity and commitment, the small details cost us the game, it is difficult to explain this defeat.”

Ancelotti added: “Camavinga is used to playing on the edges, and Valverde did a good job. We controlled the game well.”

Carlo Ancelotti stressed: “The throw-in and the corner kick, these are small things and details that may cost us the match and this is what happened, the team does not deserve to be defeated.”

The Real Madrid coach continued: “Sherif FC defended well, but we were better and broke their lines of defence. What we did not do was take chances.”