A former business secretary has warned some people on furlough are avoiding going back to work because it has been ‘great’ for them and others are ‘terrified’ of returning to the office.

Conservative MP Dame Andrea Leadsom said some businesses in her South Northamptonshire constituency are struggling to get employees to return to work because ‘people have, to be perfectly frank, become used to being on furlough’.

She told BBC Radio 4’s Any Questions: ‘For some people they’re just terrified, so it’s like, “I’ve been on furlough for so long, I really can’t quite face going back to the office” and employers are rightly saying, “well, you need to”. 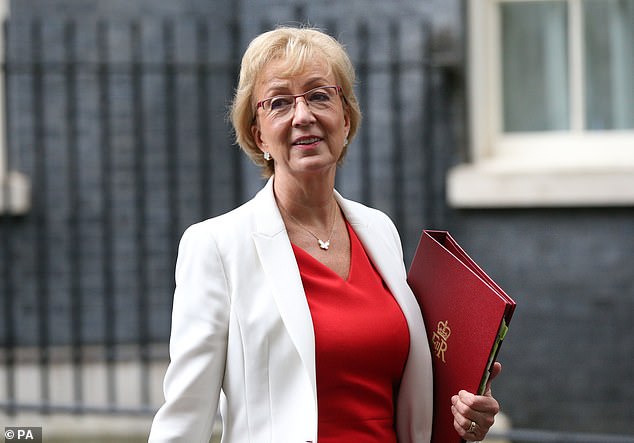 Leadsom added: ‘for other people, it’s like, “well actually being on furlough in lockdown has been great for me – I’ve got a garden, I’ve been able to go out walking every day, I’ve got great vegetables growing, I don’t really want to go back to work, maybe I’ll think about part-time or I’m going to retire early”.’

She also warned of the economic consequences of the issue, telling the broadcaster that people refusing to return to work hinders the economy’s ability to ‘bounce back’.

She added: ‘If we can’t get our economy to bounce back then we can’t start to pay this huge bill that we’ve already incurred for this lockdown, and that’s critical at this point.’

The Government’s furlough scheme was introduced in March last year and currently allows businesses affected by the pandemic the ability to keep workers on with an 80 per cent wage subsidy from the state.

It is due to taper off from the end of this month, moving to a 70 per cent state subsidy supported by a 10 per cent employer contribution in July, tapering further before ending completely in September.

The hospitality industry has been one of the worst hit by the pandemic and data from the Office of National Statistics showed more than one in five UK workers were still on furlough last month, despite there being nearly 50,000 job vacancies in the industry.

The data showed 21 per cent of workers in accommodation and food services were off on at least 80 per cent pay between May 17 to 31, despite the full reopening at the start of that period. 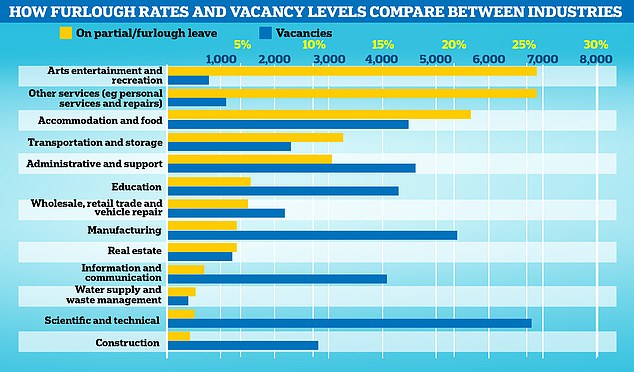 The mismatch between furloughed staff and vacancies, shown above, has led to calls for the scheme to be closed early. The figures above are taken from the Office for National Statistics data sets 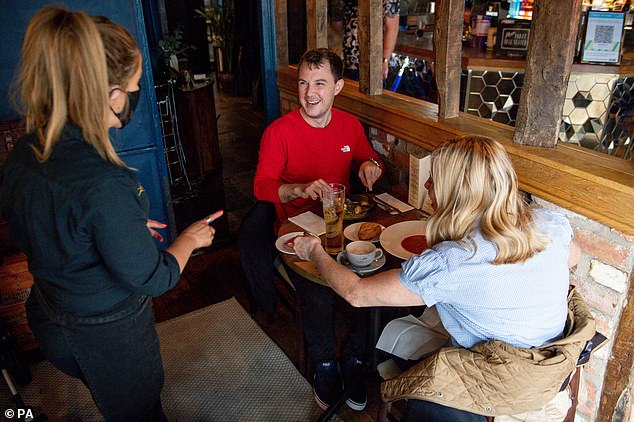 The data showed 21 per cent of workers in accommodation and food services were off on at least 80 per cent pay between May 17 to 31, despite the full reopening at the start of that period (Pictured, diners talk to a waitress at Loxleys restaurant in Stratford, Warwickshire, after indoor hospitality reopened on May 17)

And the most recent official data for job vacancies, for the three months to April this year, showed there were 45,000 on offer in the same industry, which was up 100 per cent on the previous quarter but down 18 per cent year-on-year.

The ONS data suggested there were 657,000 job vacancies across all industries – but furlough rates remain high, with bosses saying some staff would rather stay at home while earning most of their full salary than get a new job.

In the arts and entertainment industry, there were 26 per cent of workers on furlough and 8,000 vacancies, while in ‘other service industries’ – such as personal services and repairs – the figures were 26 per cent and 11,000.

Britain’s transport and storage industry had 12 per cent of staff on furlough and 23,000 vacancies; while in administration and support services it was 12 per cent and 46,000; and in education it was 6 per cent and 43,000.

The mismatch between furloughed staff and vacancies has led to calls for the scheme to be brought to a close early, before it is set to end this September – with one pub chain boss saying furlough had now ‘done its job’.

It comes after it was claimed this week that access to sick pay for individuals self-isolating with Covid was suppressed by the Treasury in the winter peak of the pandemic.

Leaked emails suggested staff were instructed to conceal how a little-known function of the furlough scheme could be used to access help.

According to messages obtained by the news site Politico, civil servants in January and February were told to conceal the provision as Covid cases surged, along with the furlough scheme’s cost.

‘Furlough can be used to cover self-isolation, but HMT (Her Majesty’s Treasury) are reluctant to say this explicitly in guidance because it could lead to employees being furloughed who do not need to be,’ a senior civil servant was said to have complained. 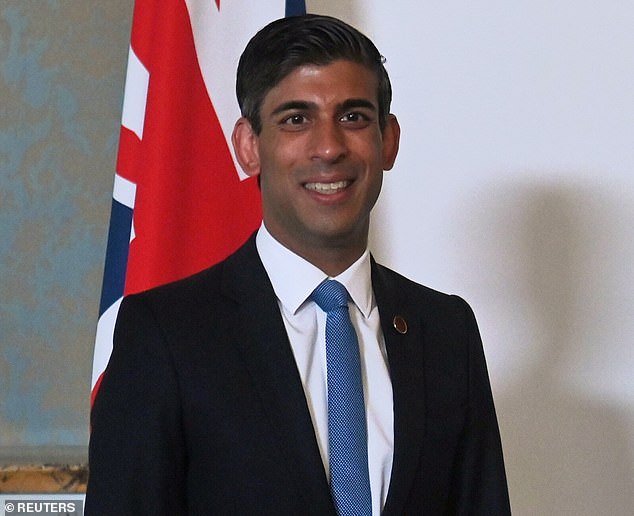 The official also claimed the Treasury was blocking information that would have told employers and employees how to access the cash.

Politico said it had seen emails in which the subject was repeatedly raised between officials, advisers and ministers.

Downing Street did not deny the report but said ‘self-isolation should not be a consideration when a business is deciding if a business should furlough an employee’.