ANDREW PIERCE: Eyewitness to a bout of Boris Johnson baloney


Among the most affecting passages in investigative journalist Tom Bower’s new biography of Boris Johnson was the story of how Boris’s one-time mistress, Petronella Wyatt, miscarried their baby in November 2004.

The future Prime Minister, we read, sat with Wyatt in the hospital and grieved with her.

Yet what will, perhaps, have raised a few eyebrows is the fact that the couple ever reached this very unfortunate position.

Earlier that year, Boris had been unceremoniously sacked from the Shadow Cabinet after lying to then leader Michael Howard about whether or not he was having an affair with Wyatt, then his deputy editor at the Spectator magazine. 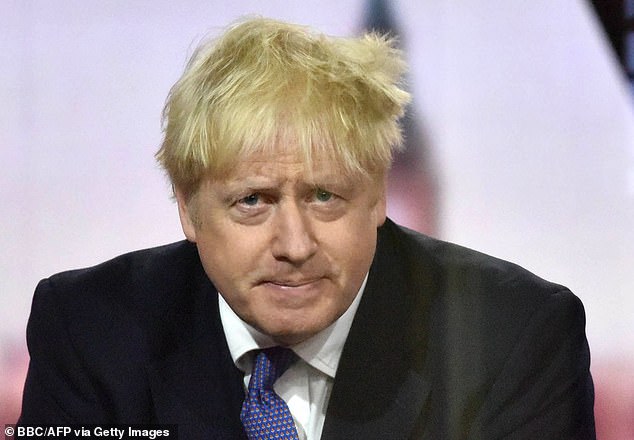 Looking back, it feels strangely characteristic of ‘Teflon Bojo’ that he could lose his job after lying to his party leader (not to mention his wife), and then carry on seeing his mistress — and get her pregnant again — before resuming his political career and rising to the top regardless

One memorable Saturday night that year, I was attending a swish black-tie dinner at the Tate Modern gallery on London’s South Bank when we learned that the Mail on Sunday was planning to publish a report the next day that Petronella had had an abortion as a result of her affair with Boris. (Her mother Verushka was the named source.)

I watched as Howard’s press secretary, Guy Black, sacked Boris over the phone for having falsely — but memorably — sworn blind that claims of the affair with Petronella were ‘an inverted pyramid of piffle’.

Looking back, it feels strangely characteristic of ‘Teflon Bojo’ that he could lose his job after lying to his party leader (not to mention his wife), and then carry on seeing his mistress — and get her pregnant again — before resuming his political career and rising to the top regardless.

PS: Bower also reveals that in 2016, when he was Foreign Secretary, Boris tried to reheat the affair with Petronella. She sensibly rebuffed him.

Trapped by his Trump hair-do 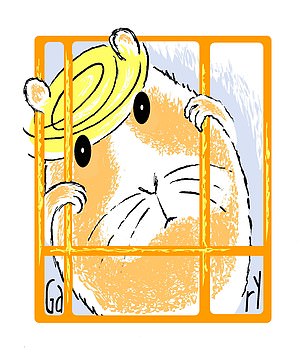 Pity poor Donald and Trump — two unwanted five-year-old guinea pigs at a Hampshire pet rescue whose names have stopped them being rehomed.

The Furlock Holmes Animal Centre says: ‘Forgetting the very bad choice in names (I’m sure they won’t mind you changing them), these two are a lovely, kind pair of brothers who really do deserve a family of their own. Trump does have long hair, but this is easily managed with regular grooming and, if you are local to us, this is something we can help with.’

Let’s hope the pets’ regime isn’t as complicated as the real Trump’s, who reportedly spent $70,000 on his trademark coiffure when he presented The Apprentice on TV. And let’s hope they don’t insist on a solid gold cage.

Overheard in a Commons bar. A despairing Tory MP remarked: ‘Boris says that lots of people will now need to train for new jobs. Any chance he can lead the way?’ Ouch.

The Tory faithful may not be gathering for their annual conference, but Covid-19 can’t stop the party making as much cash as possible from the virtual shindig.

Commercial exhibitors are being asked to stump up between £6,000 and £25,500 for an online ‘stall’, depending on whether a Cabinet minister Zooms in. To paraphrase the L’Oreal advert — are they worth it?

Never one to miss a chance to poke fun at the political classes, comedian Rory Bremner took to Twitter to mock Donald Trump’s coronavirus diagnosis:

Doctor: ‘Melania, you will have to self-isolate with the President for ten days.’

Melania: ‘Are you positive, Doctor?’

Melania: ‘Not any more.’ 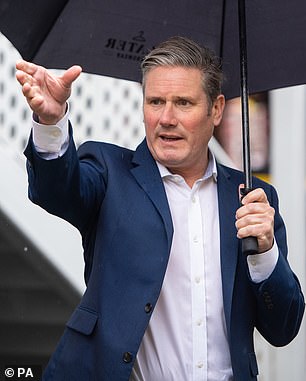 The first stirrings of a hard-Left Islingtonian revolt against Labour leader Keir Starmer.

The Camden New Journal has published a letter from ten members of his Holborn & St Pancras constituency party, criticising him for sacking three frontbenchers for voting against the Overseas Operations Bill, designed to protect military personnel and veterans from ‘vexatious claims and endless investigations’.

The activists say the legislation will obstruct the investigation of war crimes.

‘We expect the leader of our party — and our MP — to stand up for socialism, peace and justice,’ they bellow.

Starmer still has a fight on his hands to unify the party.

Many injured in Egypt’s train derailment