Lib Dem leader Sir Ed Davey wasted no time in giving his po-faced verdict on Liz Truss chartering a private jet all the way to Australia and back to attend a trade mission. ‘Out of touch!’ he declared.

Davey, who was ‘Energy and Climate Change Secretary’ during the coalition years, bewailed the Foreign Secretary’s carbon footprint and promised that his party, in the unlikely event it wins power, would levy tough taxes on frequent flyers.

So how intriguing that the same Ed Davey has for years been bankrolled by, er, a British private-jet business.

Between 2013 and 2020, he received no fewer than ten donations worth a total of £61,500 from Christopher Leach and his wife Christine, who run Air Charter Service. 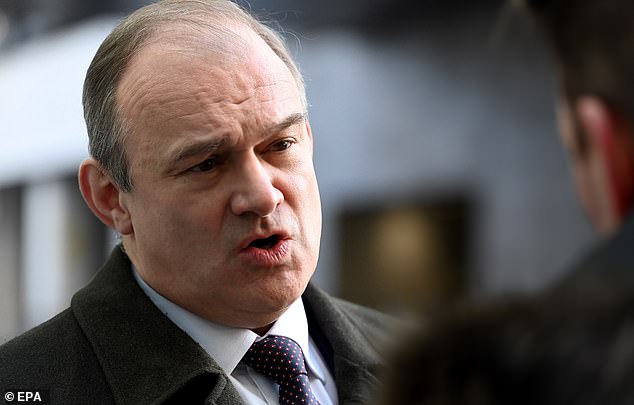 Lib Dem leader Sir Ed Davey wasted no time in giving his po-faced verdict on Liz Truss chartering a private jet all the way to Australia and back to attend a trade mission. ‘Out of touch!’ he declared

He was a member of the Cameron clique and a staunch Remainer, but Lord (Ed) Vaizey lavishes praise on Boris Johnson, gushing to BBC2’s Politics Live: ‘There is no one in the Cabinet capable of reaching the parts Boris Johnson can reach.’ 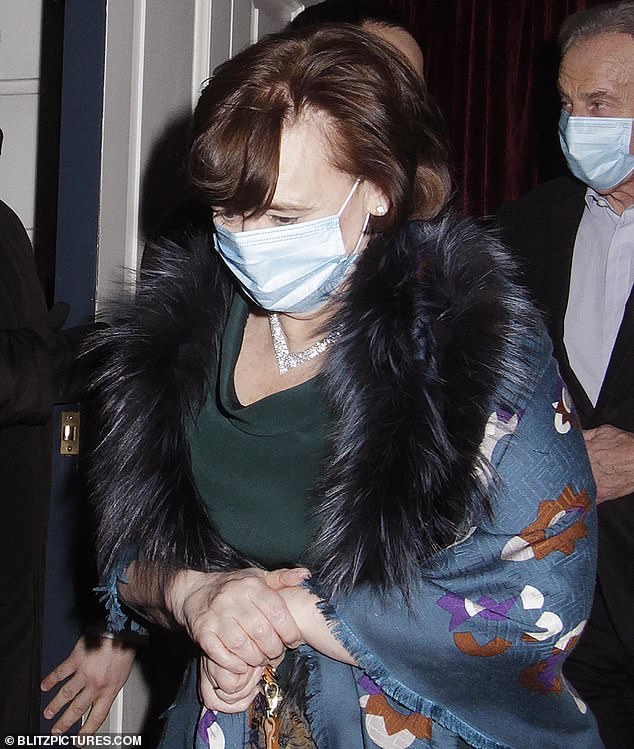 Does Cherie Blair have a crush on Damon Albarn?

Is Ed hoping for a few more comfortable sinecures to feather the nest?

PS: Tory MP Martin Vickers on why his colleagues must wait for Sue Gray’s Partygate report before deciding on Boris’s fate: ‘Even a serial killer gets his day in court.’

Does Cherie Blair have a crush on Damon Albarn?

After Tony Blair won the 1997 election, the Blur singer was invited to the ‘Cool Britannia’ party at Downing Street.

‘I declined,’ he reveals. ‘But I continued to get invitations for Downing Street suppers — handwritten letters from his wife!’

When a picture of David Cameron looking rotund was being mocked on social media, Culture Secretary Nadine Dorries joined in the fun. 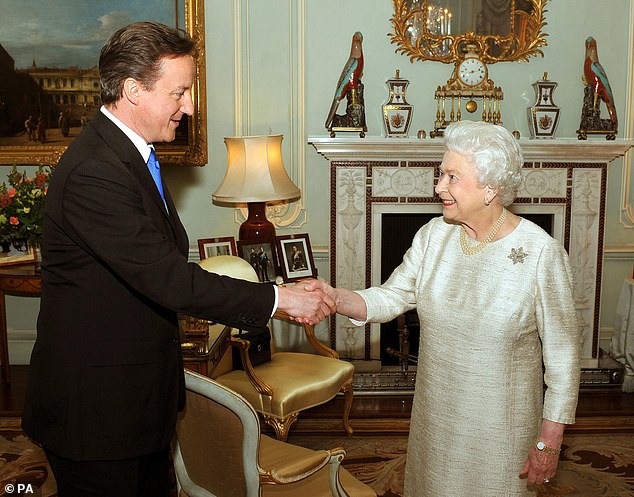 A spoof Twitter account, ‘Sir Michael Take’, then replied: ‘You are wicked Nads . . . the country adores you.’

The Guardian newspaper reported this as the work of a real ‘former Tory MP’.

Ever desperate to drum up differences between her tartan army and the Auld Enemy, Nicola Sturgeon’s SNP government spends millions promoting the Gaelic language, even though it is spoken by just 1 per cent of Scots.

‘Oidhche Losgadh Sona’ the Holyrood government declared last week, which was meant to mean ‘Happy Burns Night’. But actual Gaelic-speakers soon pointed out that ‘Losgadh’ is not the name ‘Burns’ (as in Robert) but means burns caused by heat and chemicals. Ouch!

A shaming correction in MPs’ magazine The House, after a picture of disgraced ex-MP Charlie Elphicke, who served a year in prison for sexual assault, was wrongly captioned with the name of Tory MP Adam Holloway. ‘We have apologised to Mr Holloway,’ the mag humbly submits.

The 11th Earl De La Warr, who is contesting the latest hereditary peers’ election in the House of Lords, boasts in his manifesto that he comes ‘from a long line of politicians’. Is that really a selling point in the current climate?

Instead, perhaps the noble lord should have sold a sausage, not his sizzling political ancestry. His lordship fought a long campaign to bring back a defunct variety of sausage that he enjoyed as a boy, eventually creating the ‘Buckhurst Park’ sausage, named after his pile in Sussex.

‘I’ve spent most of my life hunting down the perfect sausage,’ he once revealed. If you like an old banger, vote De La Warr!

Two years after the pandemic