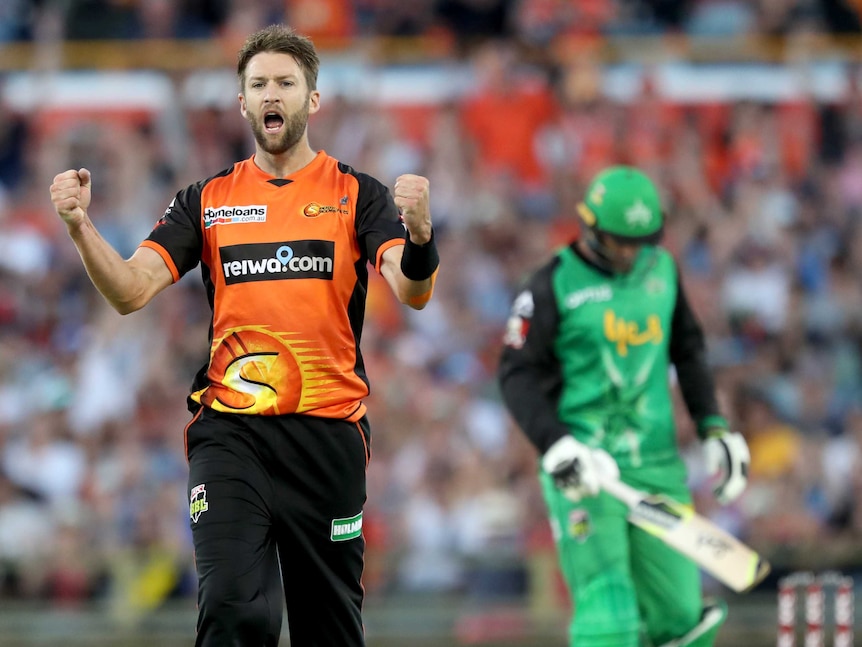 One Australian has already left the Indian Premier League, and others are considering their own departures as the country’s coronavirus situation worsens.

The Australian government announced a 30 per cent reduction in flights back from India last week and the National Security Committee is expected to consider further restrictions on Tuesday.

Fast bowler Andrew Tye is currently on his way back to Australia having abandoned his season with the Rajasthan Royals without playing a game.

The Royals acknowledged his departure on social media, tweeting they “would continue to offer any support he may need”.

The Australian Cricketers Association (ACA) has contacted Australian players, coaches and commentators in India and flagged there may be difficulties getting home due to tightening travel.

Early discussions between the ACA and Cricket Australia are underway over a possible charter flight and group quarantine.

Speaking on SEN radio while in transit, Tye said more Australians may follow him in departing the IPL as recorded daily COVID-19 numbers in India surge past 300,000.

Aussies in the IPL

There are 16 other Australians still involved in the competition, including Steve Smith, David Warner, Pat Cummins and Glenn Maxwell, plus three head coaches in Ricky Ponting, Trevor Bayliss and Simon Katich.

All-rounder Daniel Sams was forced to self-isolate earlier this month after he tested positive following his arrival in India to play for Bangalore.