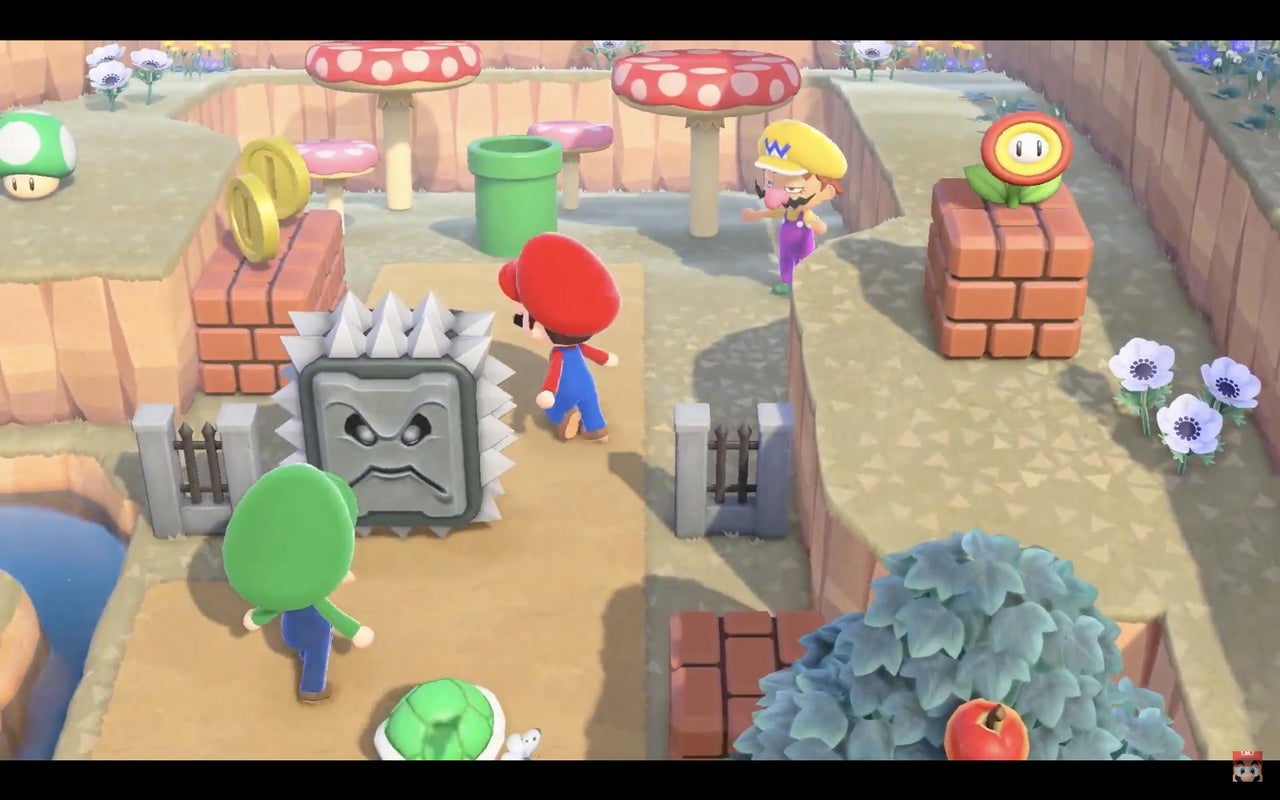 As it comes up on the game’s one-year anniversary, Nintendo has announced that Animal Crossing: New Horizons is celebrating the 35th anniversary of Super Mario Bros. with a plethora of Mario-themed items and costumes in-game.

In the February 2021 Nintendo Direct, Nintendo showed off the free update dropping in the game on February 25, which includes costumes for Mario, Luigi, Peach, and Wario (but no Waluigi to be seen), as well as Mario-themed furniture items like coins, Thwomps, various Blocks, mushrooms, and Warp Pipes that let you travel between two points on your island instantly.

These updates come alongside a number of other celebrations for Mario’s 35th’s anniversary, which has included multiple limited-time game releases and a set of commemorative pins that are annoyingly difficult to get.

Animal Crossing’s most recent event was Festivale, a Mardi Gras-themed event on February 15 that included new outfits, furniture, reactions, and the visitation of the special peacock NPC Pavé, who sends players on feather-collecting missions for themed rewards.

Assuming the annual cycle of events repeats, more events will be on the way in the comings months. New Horizons players will be coming up on the first two repeat events in April: Cherry Blossoms and the much-loathed Easter-themed Bunny Day celebration.