New York City‘s iconic 21 Club will close after 90 years in business, as the Big Apple descends deeper into crisis amid the ongoing COVID-19 pandemic.

The five story restaurant – located in Midtown Manhattan – reportedly told its 148 employees on Friday that they have ceased operations for the foreseeable future and staff will be terminated by March of next year.

The news came on the same day that Gov Andrew Cuomo announced he would  end indoor dining in New York City again from next Monday – a move which will further cripple the dying hospitality industry.

A 21 Club spokesperson released a statement Saturday, saying: ‘In light of the ongoing global crisis and anticipated extended recovery period for the hospitality industry, the difficult decision was made that it will not be feasible to reopen the 21 Club in its current form for the foreseeable future.’

21 Club first opened in 1930, during the height of the Prohibition Era, and become one of the country’s most notorious speakeasies.

21 Club is also one of President Donald Trump’s favorite eateries, and he has dined there regularly since the 1980s.

He even chose 21 Club as the venue to celebrate his 2016 election victory, gathering a group of his closest friends and supporters there following his shock win four years ago.

The fact that 21 Club is now shutting its doors is evidence that no New York establishment is immune from closure. Local residents are now left wondering what other venerable institutions may soon shutter, and fear the Big Apple will fail to recover from the ongoing crisis.

New York City’s iconic 21 Club will close after 90 years in business, as the Big Apple descends deeper into crisis amid the ongoing COVID-19 pandemic 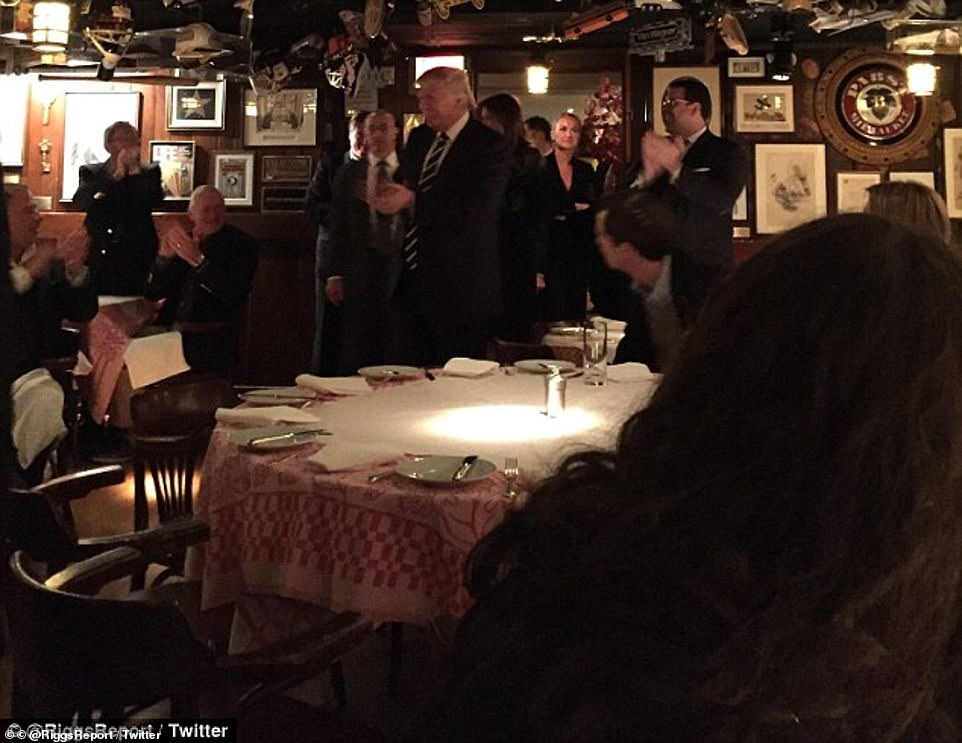 Presidet Trump chose 21 Club as the venue to celebrate his 2016 election victory, gathering a group of his closest friends and supporters there following his shock win four years ago 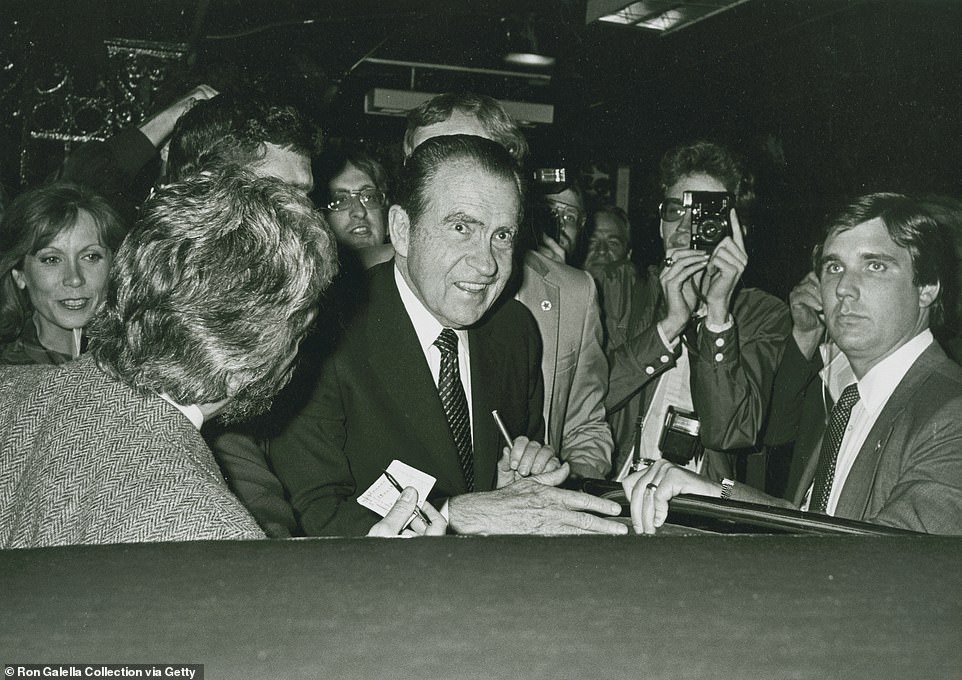 Richard Nixon was a regular at the restaurant. He is pictured leaving the establishment in 1982 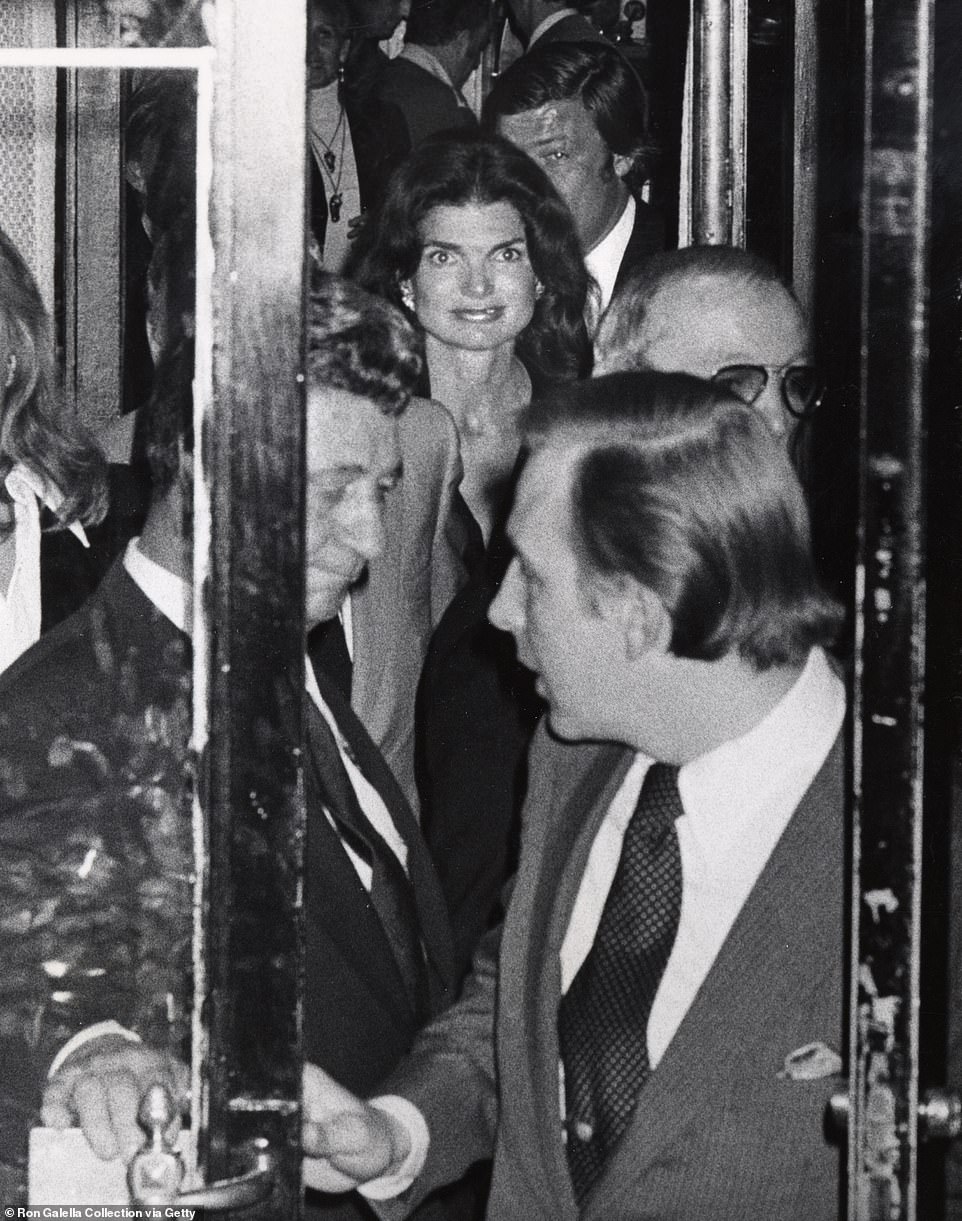 Jackie Kennedy and Frank Sinatra are seen leaving 21 Club after a dinner there in the 1970s. The former First Lady was a regular at the restaurant as she lived close by on the Upper East Side 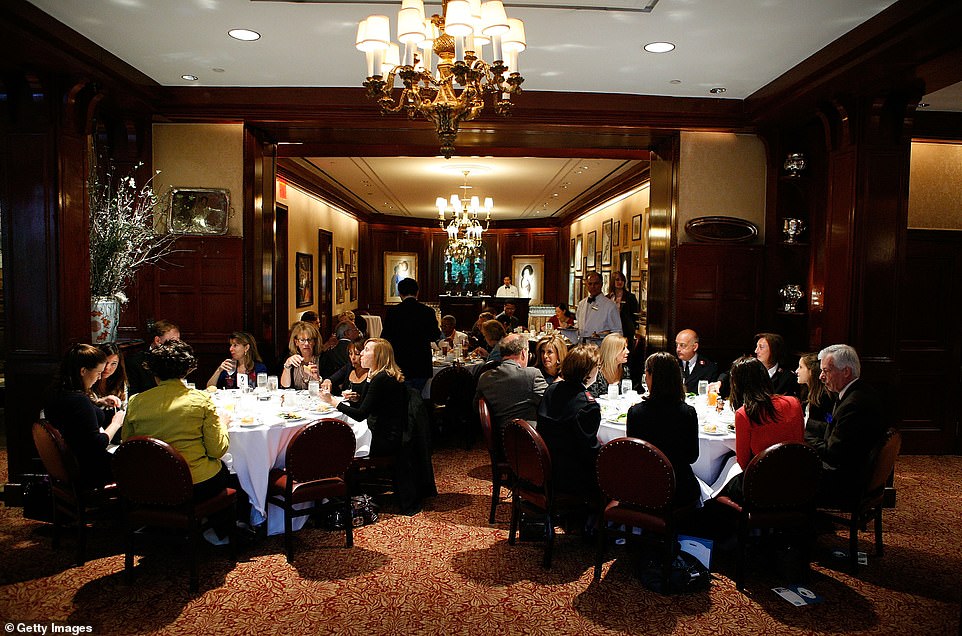 21 Club boasts a main restaurant and a ‘Bar Room’, as well as 10 private dining rooms, which were beloved by the plethora of stars who patronized the establishment

21 Club has also been seen in a range of iconic films and TV shows set in The Big Apple.

Sex and the City, Wall Street, Rear Window and All About Eve all included scenes set inside 21 Club.

Mad Men also hosted a premiere party at the restaurant.

Over the years, 21 Club has played host to a range of film stars, sports icons and authors.

Marilyn Monroe, Liza Minnelli, Frank Sinatra and Elizabeth Taylor all dined at 21 Club, and it was the place where Humphrey Bogart proposed to Lauren Bacall

Ernest Hemingway dined at the restaurant and even had sex with another patron on the kitchen steps after the venue closed for the evening, according to Thrillist.

Meanwhile, Jackie Kennedy was regularly pictured on her way in and out of the restaurant in the years she lived close by on the Upper East Side.

21 Club boasts a main restaurant as well as 10 private dining rooms, which could hold hundreds of people.  The private rooms were popular with the plethora of stars who patronized the restaurant, but many weren’t above sitting with locals in the main ‘Bar Room’.

The Bar Room is famous for its wide array of memorabilia, which includes a baseball bat signed by Willie Mays, a tennis racquet used by John McEnroe, and drawings done by Walt Disney. 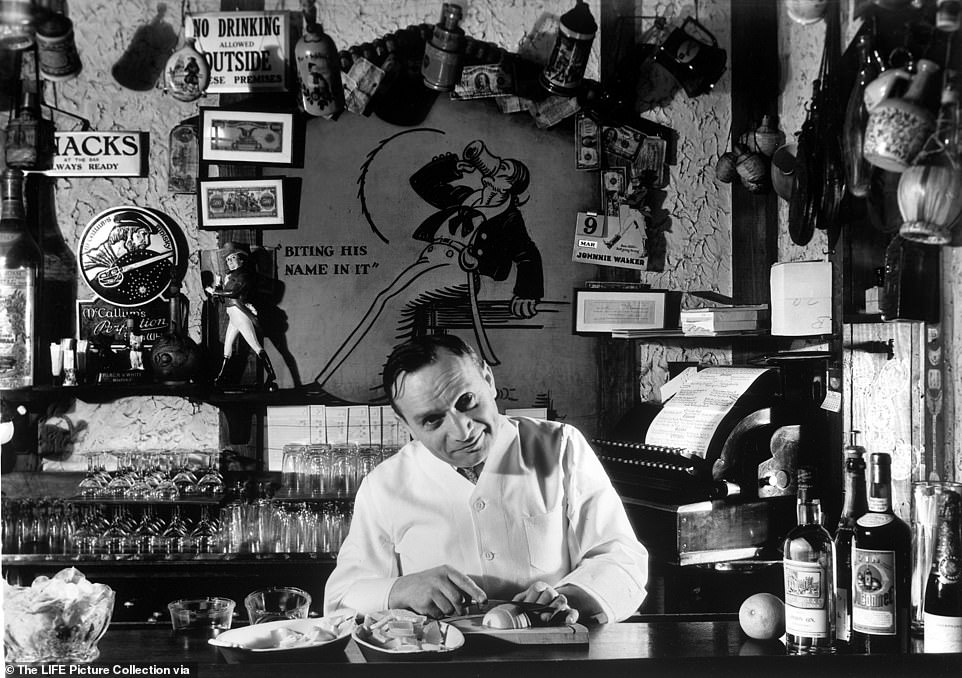 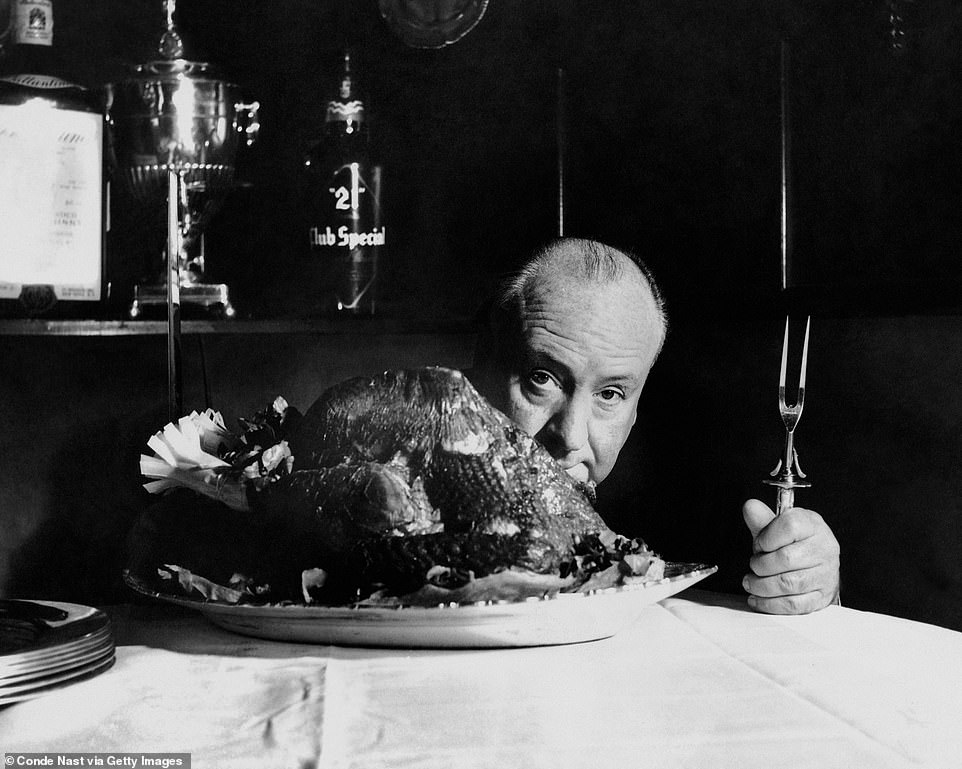 Alfred Hitchcock is seen inside 21 Club in the 1960s. The restaurant was featured in Rear Window – one of his most famous films 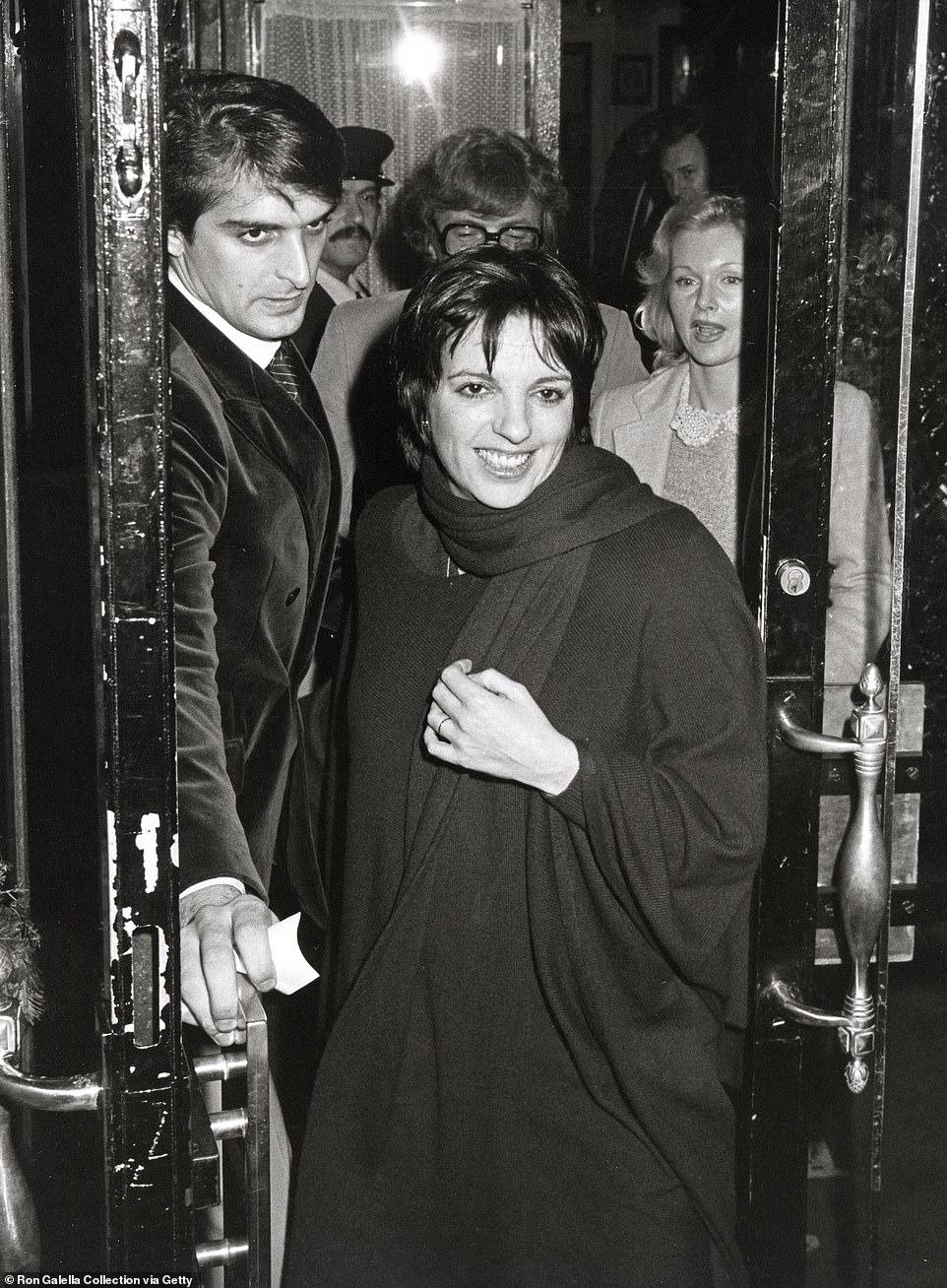 Lisa Minnelli is seen leaving 21 Club after a dinner there in 1979. Paparazzi would frequently gather outside the restaurant in the hopes of catching snaps of stars 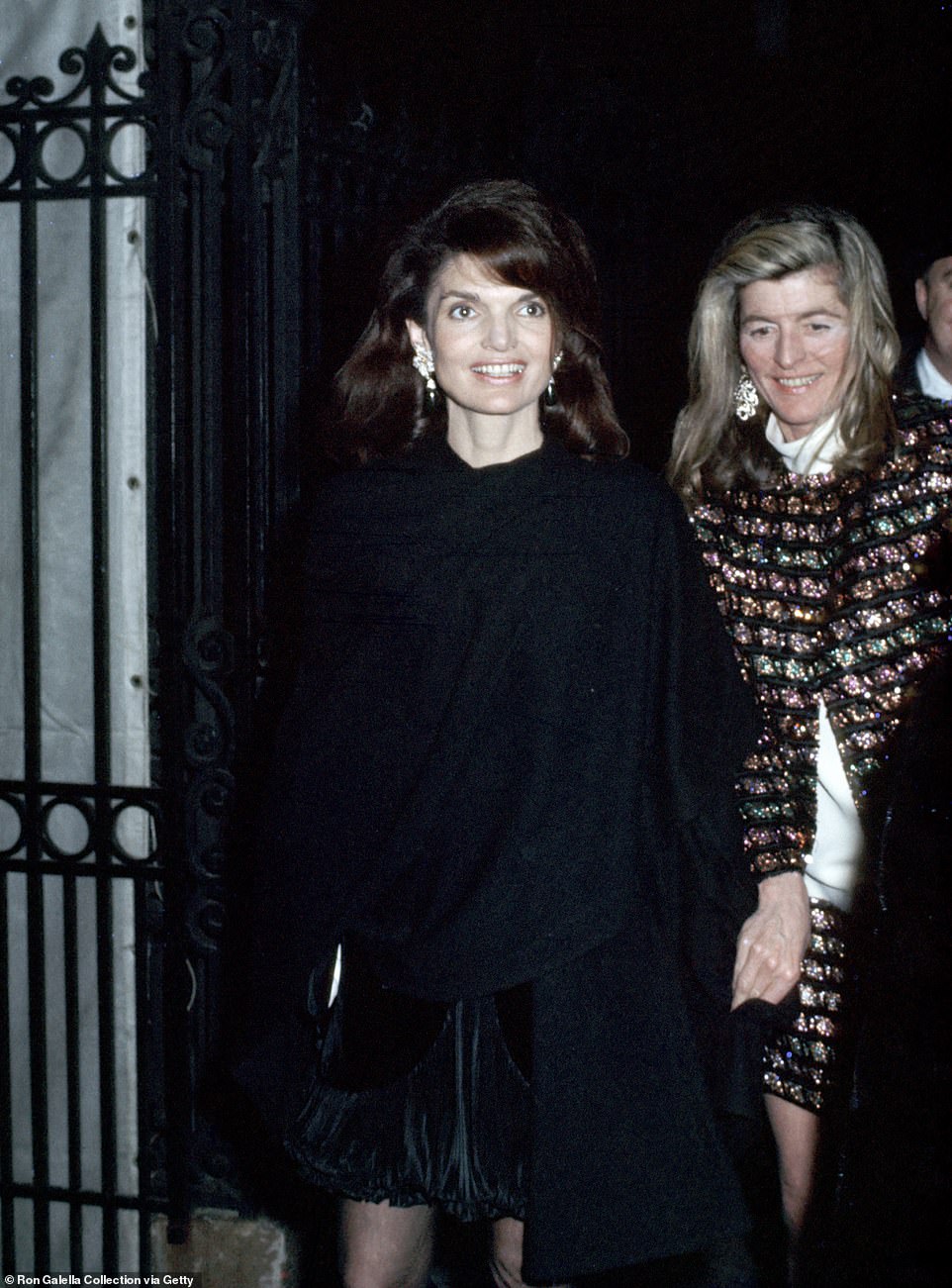 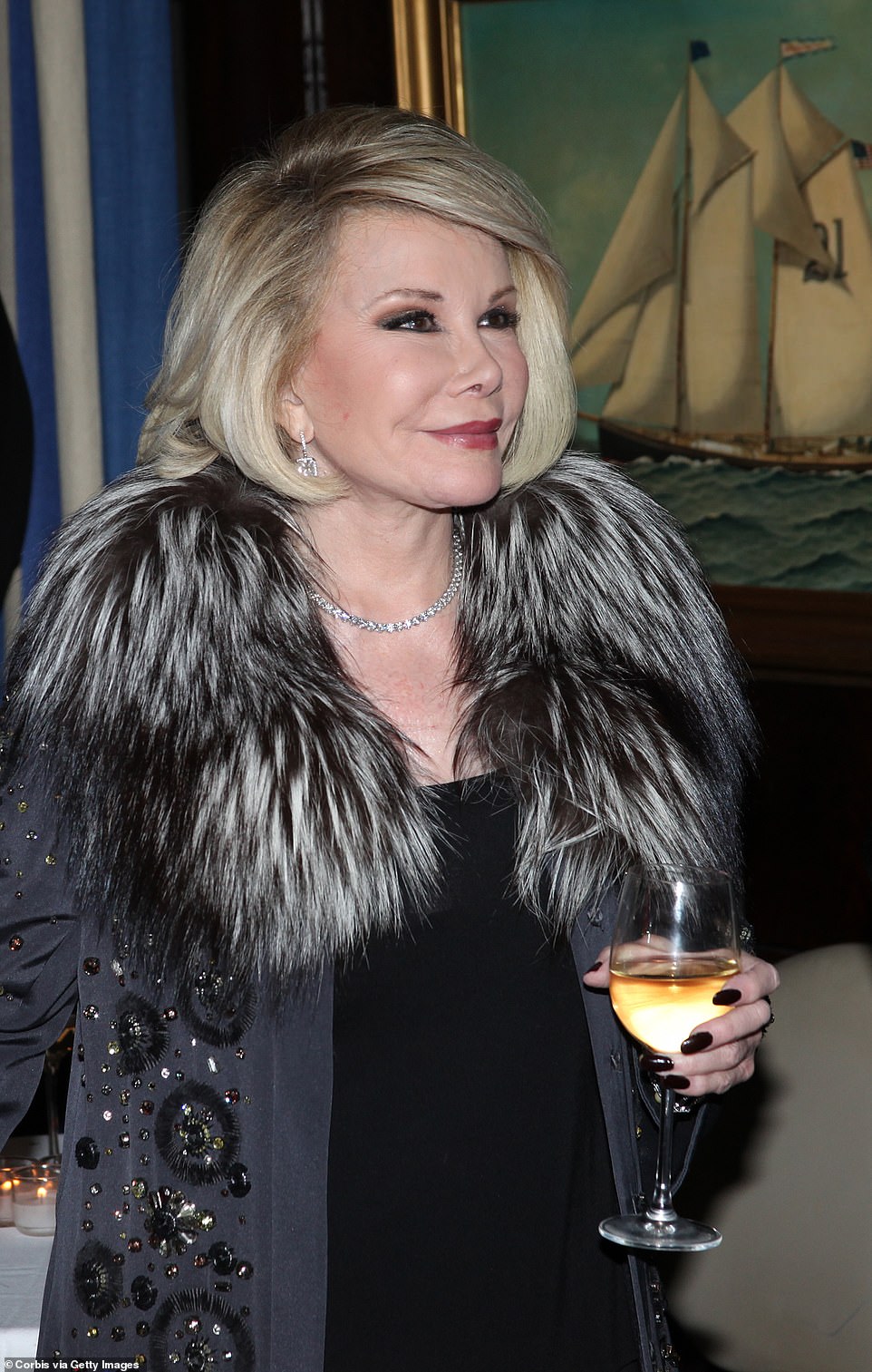 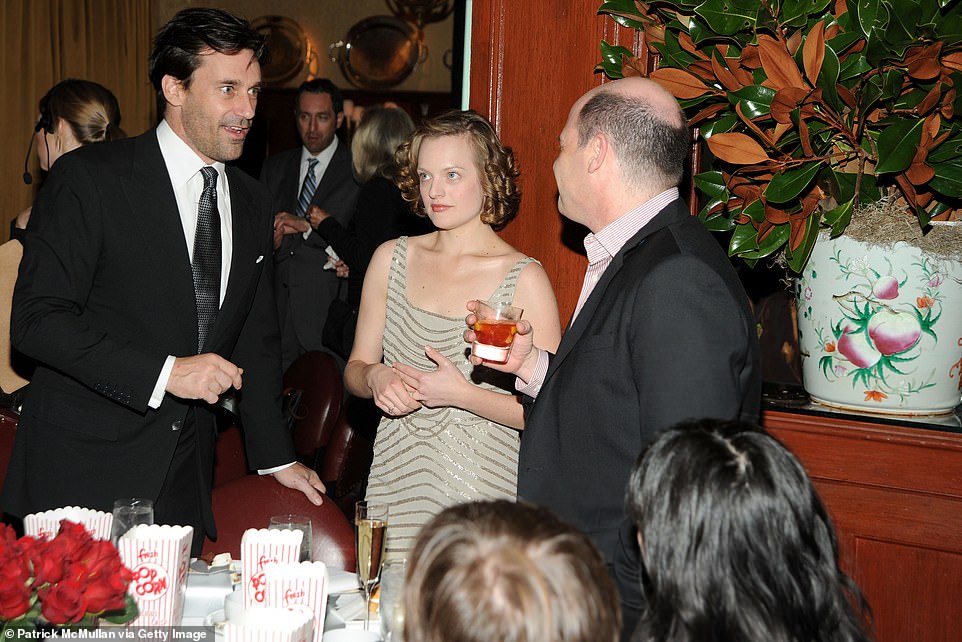 Mad Men stars Jon Hamm and Elisabeth Moss are pictured chatting with series creator Matthew Weiner at a Finale Viewing Party held at 21 Club in 2010. The TV show’s main character, Don Draper, was known to dine at the restaurant 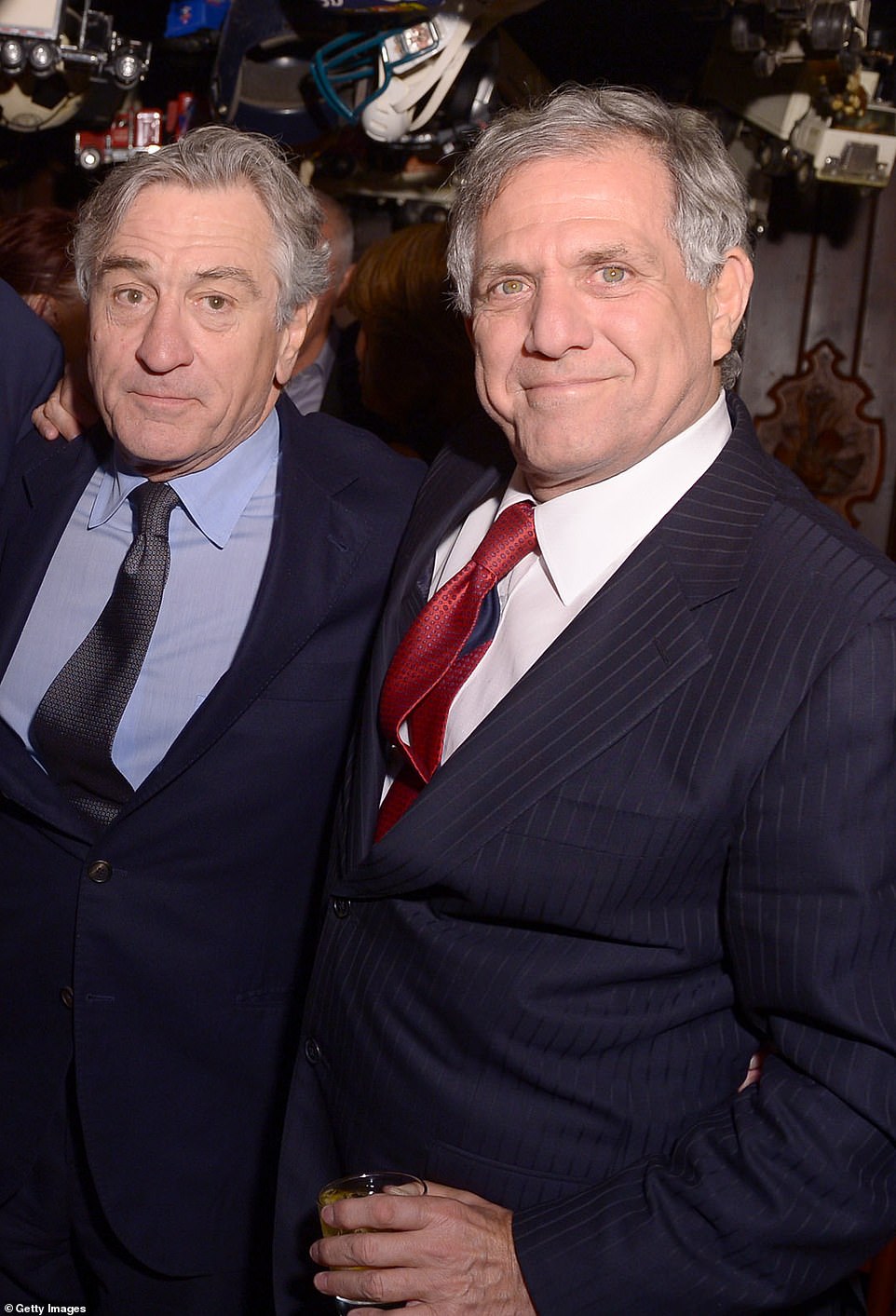 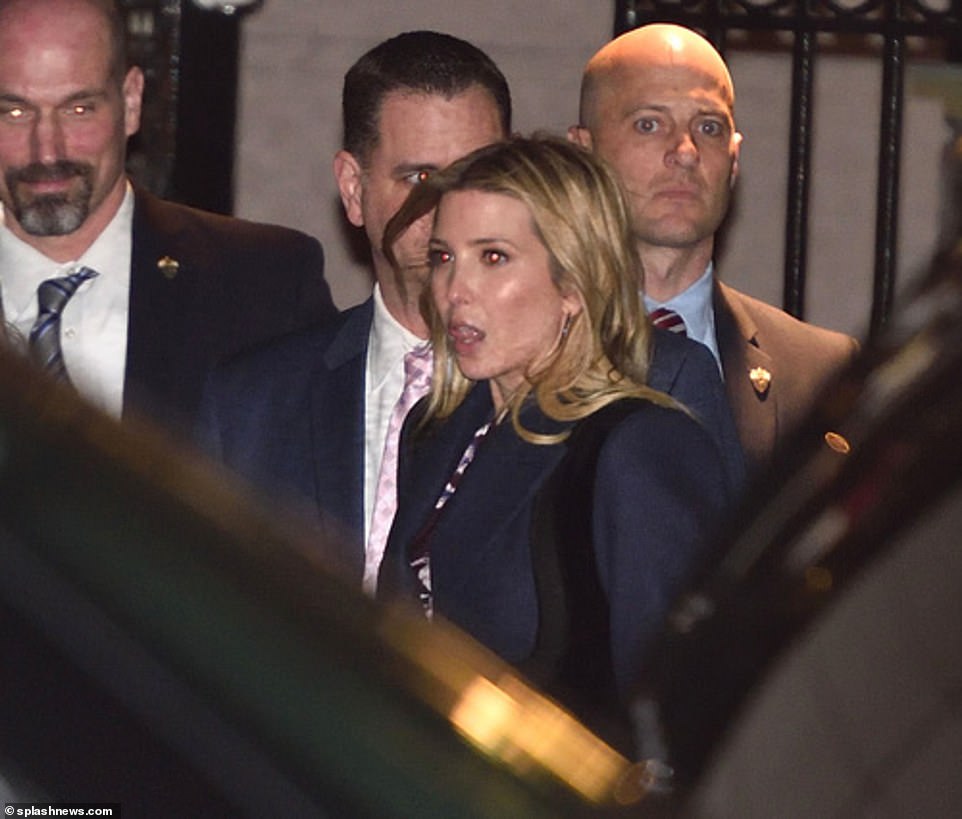 The closure comes as Governor Cuomo announced that indoor dining in New York City will end on Monday, despite it being to blame for less than 1.34 percent of the new COVID cases in New York State, in what restaurant owners say is the final nail in the coffin for an industry that is hanging by a thread.

The decision serves as a death warrant for many small, independently owned restaurants which have struggled to stay afloat in New York City through months of closures, punitive restrictions and with no stimulus money since April.

Cuomo said on Friday that he isn’t opposed to giving out state relief but that he was going to wait and see if the federal government provide stimulus first.

It does nothing to help bar and restaurant owners who now have only two ways to make money; they can have people eat outdoors or operate deliveries and take-out.

But with temperatures plunging to below freezing, a snowstorm due next week and with many more months of winter ahead, diner numbers are dwindling.

Restaurant owners told DailyMail.com on Friday that they would not have to lay off their staff – who they’d hoped to keep on through the holiday period – in light of Cuomo’s decision which they called ‘inexplicable’ and ‘a disgrace’.

They said Cuomo’s decision would do nothing to stop the spread and would only send more people into private gatherings, which accounts for a whopping 74 percent, while delivering a fatal blow to them.

Despite the gross disparity, Cuomo said indoor dining on Monday would end for at least two weeks across the entire city until hospitalizatons in NYC slow down.

‘Look at the top of the list … focus on the household, social gathering spread. We are and we are doing everything we can. It’s limited what we can do,’ he said, adding that he can’t crack down on what people do in their own homes. 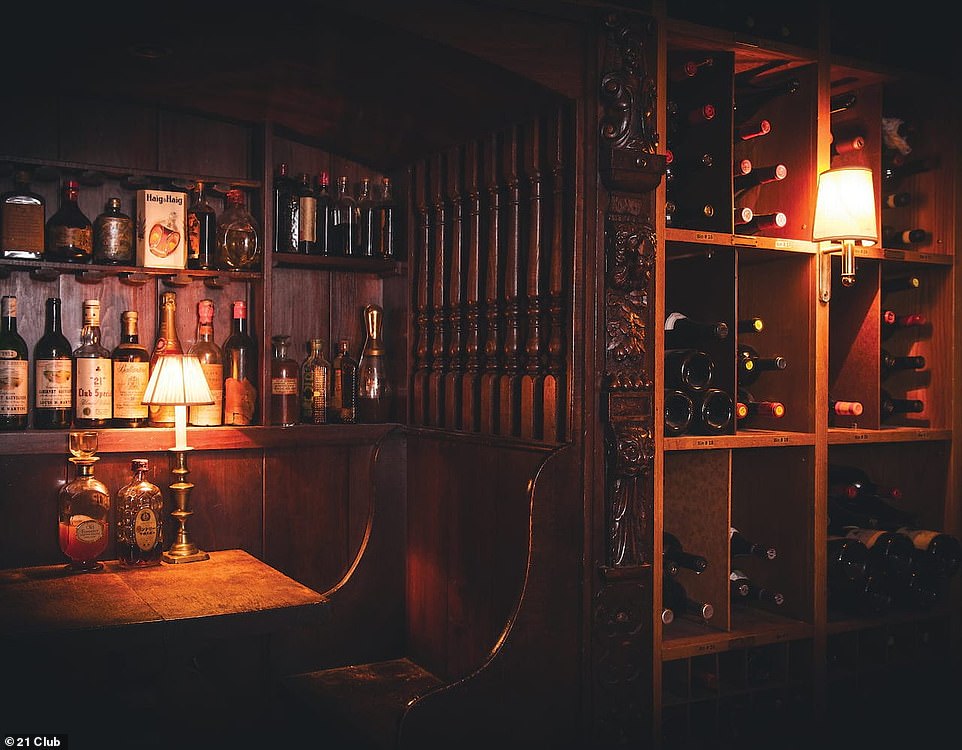 The venue’s iconic cellar room is pictured. 21 Club began as a speakeasy back in 1930 – the height of the Prohibition era 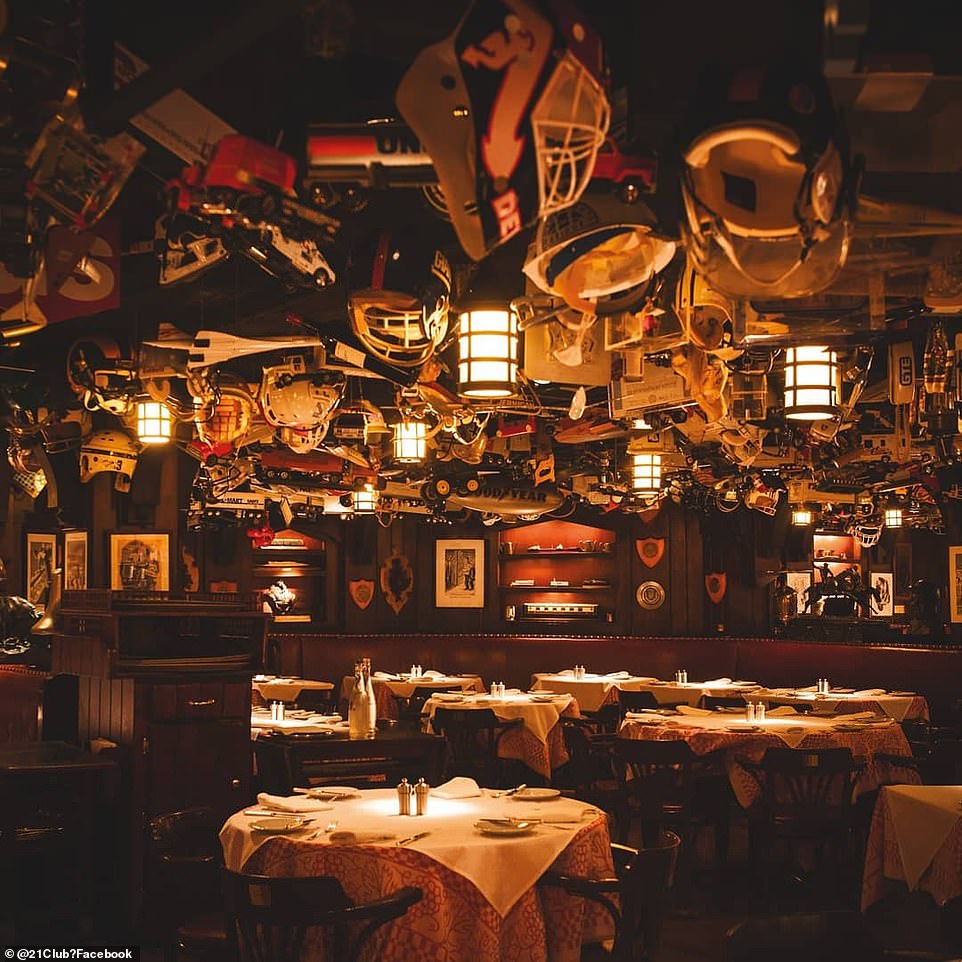 The Bar Room is famous for its wide array of memorabilia, which includes a baseball bat signed by Willie Mays, a tennis racquet used by John McEnroe, and drawings done by Walt Disney. Historic trinkets are seen hanging from the roof 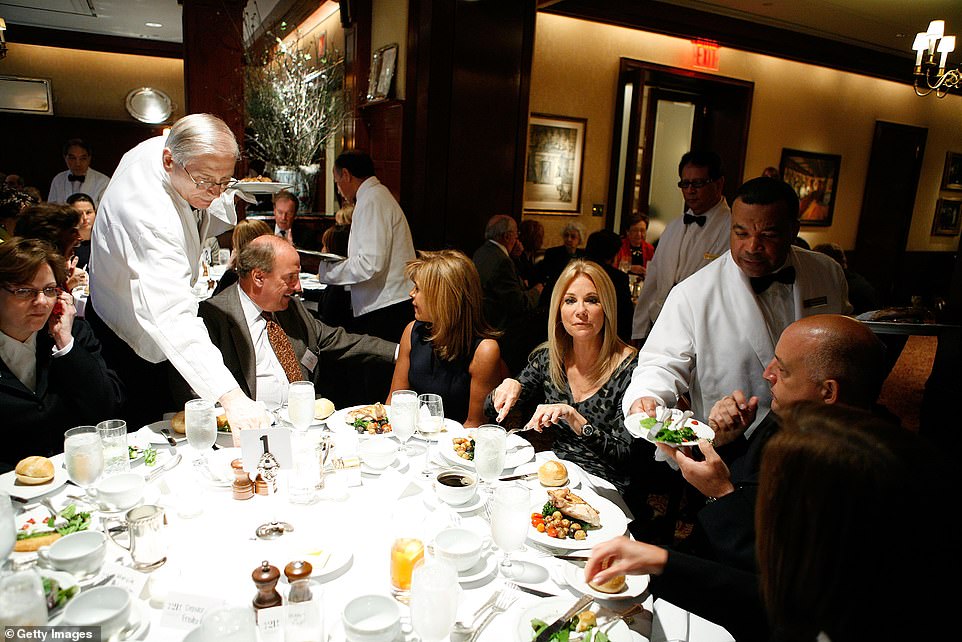 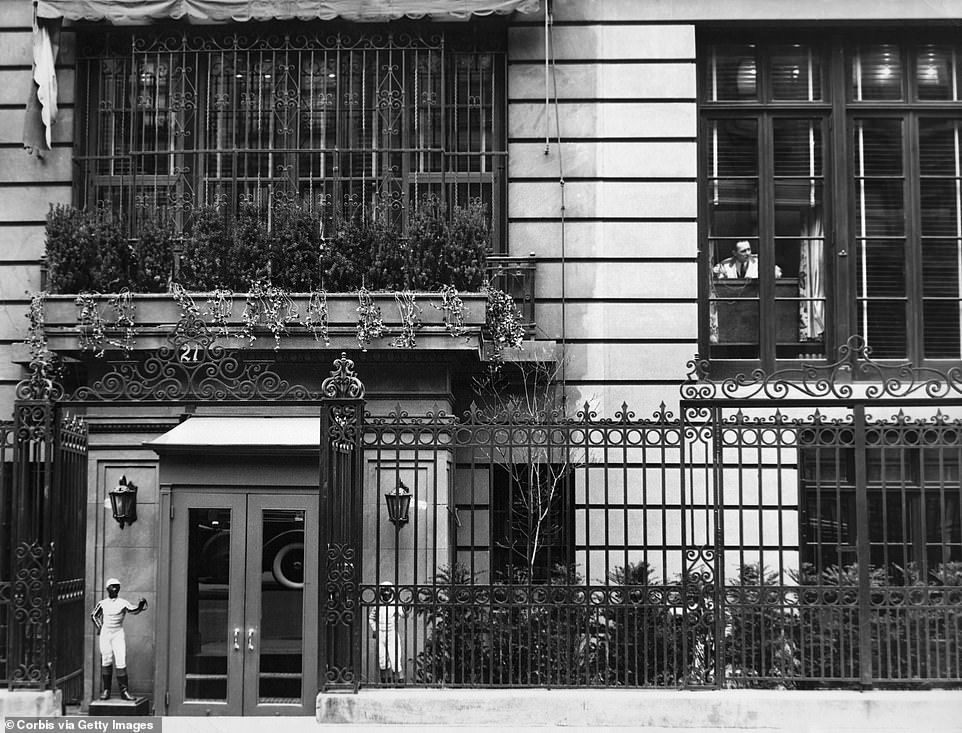 The exterior of the club is seen during the 1940s. Almost all of New York’s most iconic personalities have dined at the restaurant