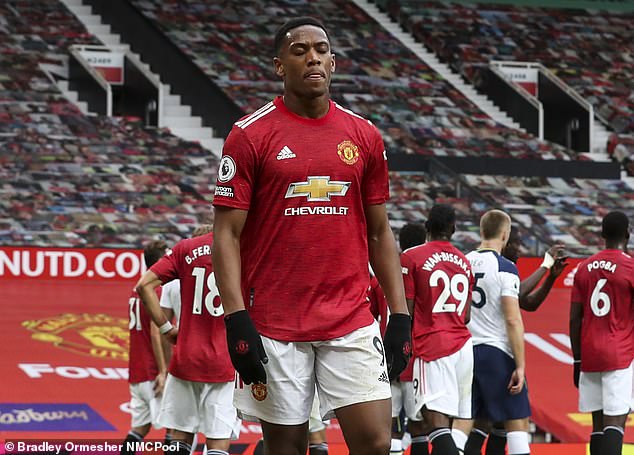 The last time Manchester United signed an ageing superstar, the man who paid the price was Anthony Martial.

The young Frenchman lost his prized No.9 shirt to Zlatan Ibrahimovic and then his confidence. By the time Ibrahimovic left the club in the summer of 2018, manager Jose Mourinho was actively looking to sell Martial against the wishes of the Old Trafford board.

So you could understand if Martial greeted the news that United are on the brink of signing Edinson Cavani at the age of 33 with a degree of suspicion.

The 24-year-old has only just re-established himself as the main man in United’s forward line, scoring a career high 23 goals last season, and yet here he is facing another major challenge from Cavani.

How would he respond to news on Saturday that the Uruguayan’s arrival is imminent as United faced Tottenham 24 hours later? 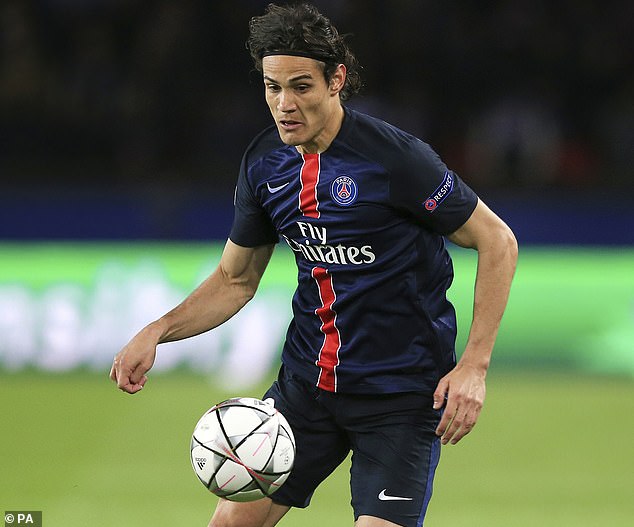 It’s fair to say he’s had better days as Mourinho’s return to Old Trafford with Spurs turned into a horror show for United.

Yet it started so well. Martial’s pace won his team a penalty inside 24 seconds as he was sent to the floor by a clumsy challenge from Davinson Sanchez. There was never any doubt that Bruno Fernandes would score from the spot to put United ahead.

But they were 2-1 down within seven minutes and that was still the score when Martial was sent off in the 28th minute having contributed little more to the proceedings. 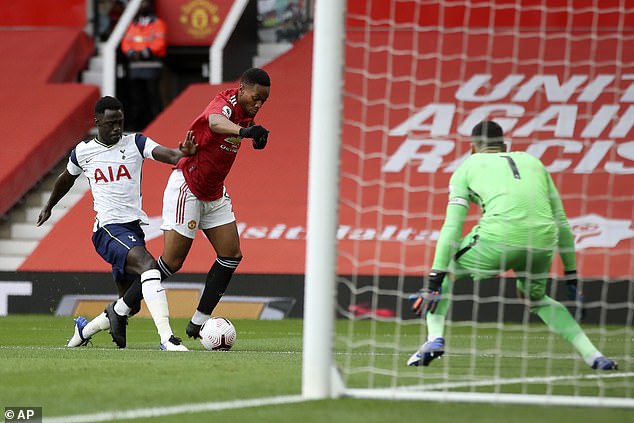 Should he have been shown a straight red card by Anthony Taylor for slapping Eric Lamela from behind as they clashed at a corner? It was petulant rather than violent, and Lamela shamelessly made the most of it. But Martial knows the rules. From the moment a player raises his hands, he’s in trouble.

What didn’t seem fair is that Lamela was only booked having clearly thrust his forearm under Martial’s chin in the first place. Isn’t this the kind of thing that VAR ought to be studying more closely?

It felt harsh on Martial and United; the turning point in a crazy game that saw them 4-1 down by half-time and facing humiliation. Ole Gunnar Solskjaer’s decision to replace Fernandes and Nemanja Matic with Scott McTominay and Fred at the interval suggested that he had resorted to damage limitation. No such luck. It was 5-1 within six minutes.

Perhaps the bigger punishment for Martial is that a three-match ban for violent conduct after the international break opens the door for Cavani to walk straight into this United team and lead the attack. 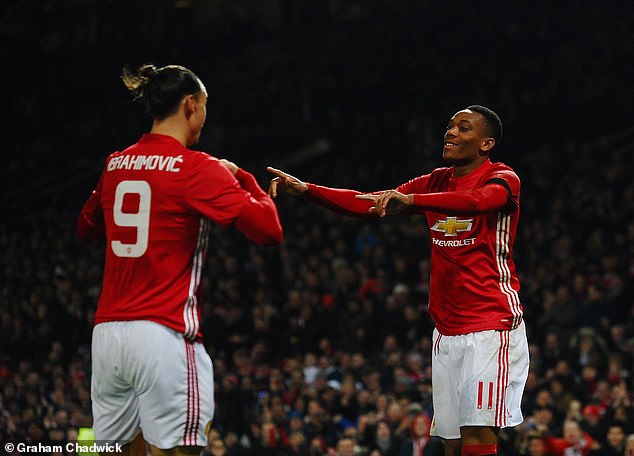 It’s understandable that he will fear a repeat of the Ibrahimovic situation. After scoring 17 goals in his first season at United after moving from Monaco, the next three campaigns brought 8, 11 and 12 after he was shunted back out to the wing.

The biggest insult of all was losing his No.9 after launching his own AM9 brand, as French compatriot Patrice Evra explained earlier this year.

‘I think they let him really down when they swapped the shirt with Zlatan,’ said Evra. ‘I remember we were in the national team and he received a call from the club and they say “you have to give your No.9 shirt” and he was like, “no, absolutely not”.

Martial is unlikely to lose his number this time. But with Cavani destined to take up a central role, he will fear history repeating itself.