Disgraced former New York Congressman and mayoral candidate Anthony Weiner is considering selling the infamous photo of him in his underwear, which ultimately led to his downfall.

He told the New York Times on June 3,  he is thinking about getting into the business of digital collectibles, known as non-fungible tokens.

An NFT is a unique digital token encrypted with an artist’s signature and which verifies its ownership and authenticity and is permanently attached to the piece.

It allows ‘original’ versions of popular online content – like viral memes and tweets – to be sold as if they were physical pieces of art.

Weiner said he has some of his own he could sell, including the photo that was tweeted in 2011 showing the congressman in his underwear.

He said he would also consider selling a picture of then-FBI Director James Comey’s search warrant for his laptop — which Comey later claimed included emails prompting him to reopen the investigation into presidential candidate Hillary Clinton’s emails.

Also up for sale could be an email from his former roommate and good friend Jon Stewart apologizing for the jokes he made on air about Weiner’s sex scandals, and a check former President Donald Trump wrote to one of his earlier campaigns.

‘Cashing in would be nice,’ Weiner said, but he said he would also like to make a career out of it by selling ‘my own stuff, but also to create a new category that lets people buy and sell political collectibles as a form of political fundraising and contributing.’ 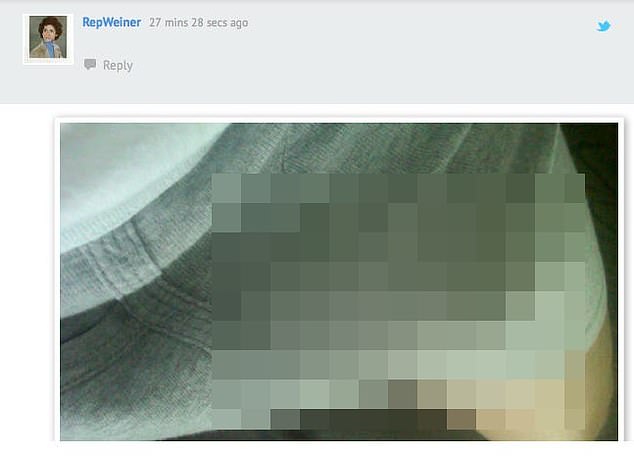 Disgraced former New York Congressman and mayoral candidate Anthony Weiner is considering selling the infamous photo of him in his underwear that he tweeted out in 2011 and which ultimately led to his downfall. 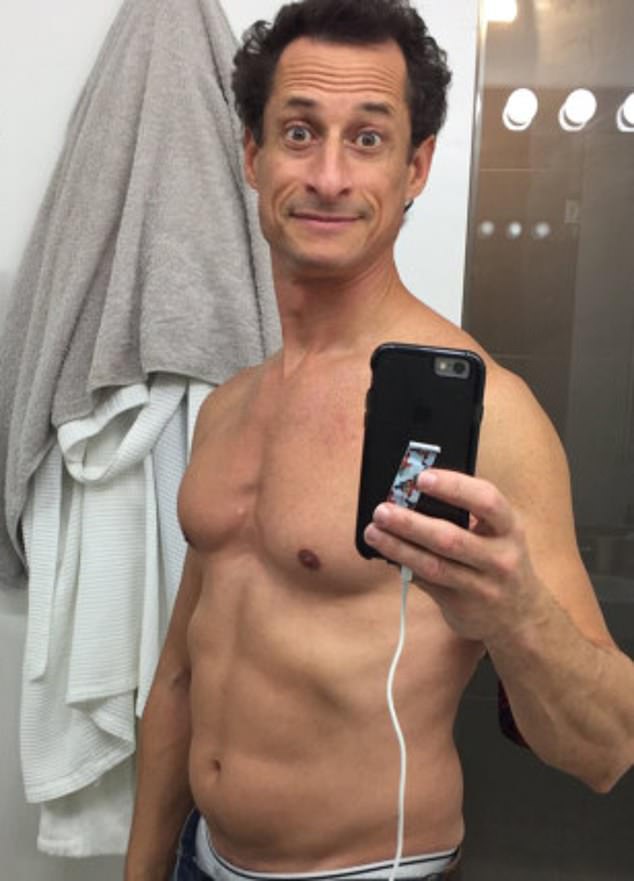 Anthony Weiner’s political career fell apart after tweeting a picture of him in his underpants in 2011, which prompted journalists to search for other illicit messages and photos he took, including this one 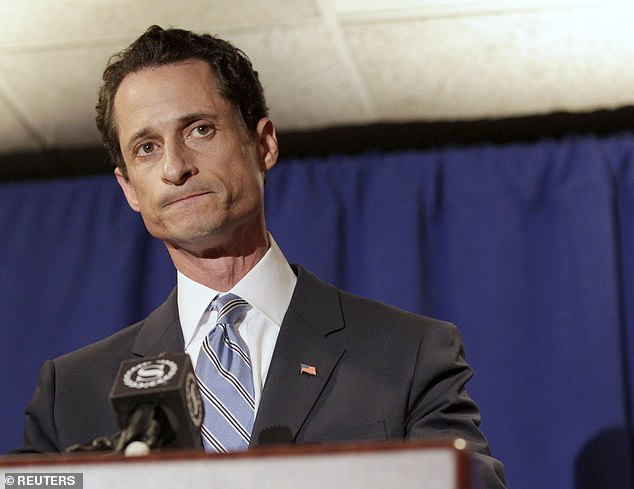 He announced shortly thereafter that he was resigning from Congress

‘If you do believe in this butterfly effect,’ Weiner said, ‘I’ve got the butterfly’s wings and antenna.’

Weiner was somewhat of a political celebrity in the early 2000s, representing a New York City congressional district for about 10 years.

In July 2010, he was the first congressman to go viral for a speech on the House floor screaming at Republicans for not backing a bill to give health care to those caught in the September 11 attacks, according to Buzzfeed.

But by May 2011, a lewd photo of him in his boxers was posted to his Twitter account.

In a series of tweets after the picture went viral, Weiner claimed his account was hacked, writing ‘Touche Prof Moriarity. More Weiner Jokes for all my guests! #Hacked!’ and ‘Tivo shot. FB hacked. Is my blender gonna attack me next? #TheToasterIsVeryLoyal.’

He said at the time he ‘deeply’ regretted his actions, but would not resign from Congress.

In 2013, he tried using a New York City mayoral race to mark his comeback and was leading in the polls for a while, but in July, a young woman from Indiana named Sydney Leathers shared explicit photos and messages he sent her using the alias ‘Carlos Danger.’

Weiner soon admitted he had never stopped sexting, Buzzfeed reported, and around the same time, a former campaign intern decided to write a tell-all about her experience on the campaign.

His campaign soon unraveled as a documentary crew filmed every moment of his downfall, which ultimately led to the rise of Mayor Bill de Blasio.

He said that even at the time, he knew his campaign was doomed.

‘I was famous for being famous, and I was a candidate because I had been a candidate and I had all the money from past campaigns,’ he told the New York Times earlier this month. 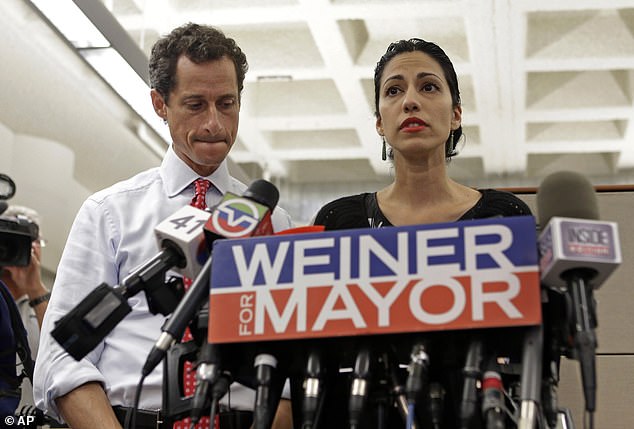 In 2013, Weiner held a press conference with his wife Huma Abedin, an aide to then-Secretary of State Hillary Clinton, announcing he never stopped sexting

But, he said, the social media storm he was in felt new at the time. ‘We didn’t know what we were working with at the time, and I was lying to everyone around me.’

He seemed to have dropped from the media scrutiny after that for a few years, but in 2016 DailyMail.com exclusively reported that he was exchanging explicit messages with a 15-year-old who claimed he asked her to dress up in ‘school-girl’ outfits for him and pressed her to engage in rape fantasies.

Weiner seemed to have known that the girl was underage at the time, but sent her bare-chested photos of himself, repeatedly called the girl ‘baby,’ complimented her body and told her that he woke up ‘hard’ after thinking about her.

In one particularly lewd message, he told the teenager: ‘I would bust that p***y so hard and so often that you would leak and limp for a week.’

He did not deny sending the messages when DailyMail.com approached him about them and said in a statement: ‘I have repeatedly demonstrated terrible judgment about the people I have communicated with online and the things I have sent. I am filled with regret and heartbroken for those I have hurt.’

After the texts were published, former FBI Director James Comey got a warrant for his laptop, later writing a letter to Congress saying new emails discovered on the laptop led him to reopen the investigation into then-presidential candidate Hillary Clinton’s emails. 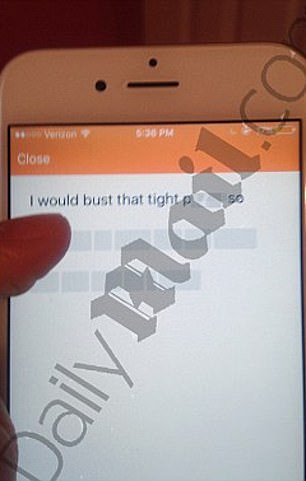 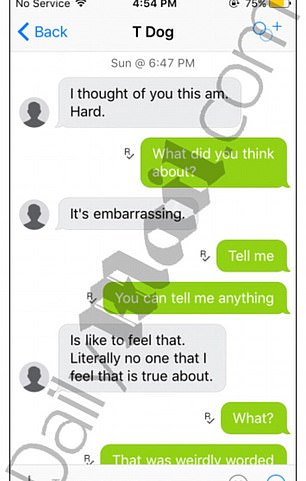 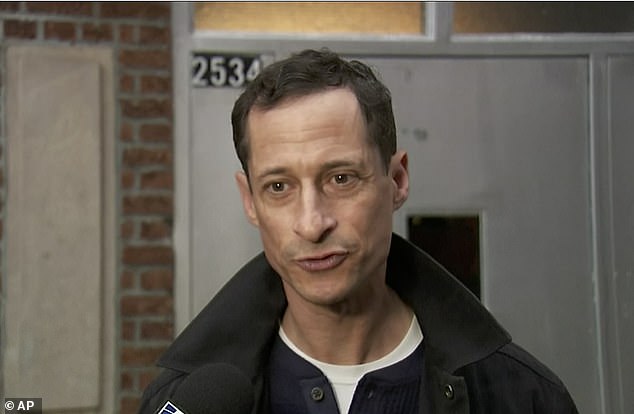 Weiner was sentenced to 15 months in federal prison in Massachusetts and three more in a Bronx halfway house. He is seen here leaving the halfway house in May 2019

Weiner and his wife Huma Abedin, an aide to Clinton, announced they were getting divorced that August, and in 2017, Weiner was sentenced to 21 months in prison for sending obscene material to a minor.

He served 15 months in federal prison in Massachusetts and three more in a Bronx halfway house.

He has spent most of the past year running a Brooklyn-based environmentally sustainable countertop company, the Times reports, which offers job interviews to former felons.

He is now in the process of stepping down as chief executive of the company, called IceStone, to try to turn the company into a ‘worker-run’ cooperative.

There is no indication of how much Weiner’s underwear snap could sell for as an NFT, but the creators of popular memes have been raking in thousands by selling the ‘original’ versions online.

Chris Torres, creator of Nyan Cat, sold his iconic meme for roughly $590,000 earlier this year and finally gained attribution for the artwork – which he said was a huge factor in why he first sought out NFTs.

Nyan Cat – which shows a gray kitty with a Pop Tart for a body, flying through space – first went viral back in 2011.

‘Nobody knew who owned it,’ he said to Los Angeles Magazine. ‘It was just kind of free-rein on the internet. It didn’t just appear even though memes are kind of thought that way sometimes.’

Chris Torres, creator of Nyan Cat, sold his iconic meme for roughly $590,000 and finally gained attribution for the artwork

Tardar Sauce, aka Grumpy Cat, became the most beloved cat in the world and has been featured in all types of work. Even though she died in 2019, the NFT of her notorious meme has sold for $100,859.54.

Chris Crocker’s infamous ‘Leave Britney Alone’ video dominated when it first hit the scene in 2007, getting parodied in movies and on television. With the #FreeBritney movement in full swing, Crocker has sold the video as a NFT for more than $43,000.

NFTs – sometimes pronounced ‘nifties’ – are a unique digital token encrypted with  the creator’s signature which verifies its ownership and authenticity and is permanently attached to the piece.

The tokens are similar to cryptocurrencies like Bitcoin and Ethereum in that they live on blockchain networks – a decentralized, distributed ledger that records transactions of digital assets.

But unlike traditional cryptocurrencies, NFTs are non-fungible, meaning that one cannot be exchanged for another. The digital assets have collectors value, and can represent items including still images, GIFs, videos, music and more.

More than $10 million in NFT transactions are now taking place daily, according to the website DappRadar. The exchanges happen in cryptocurrencies on specialist sites such as Nifty Gateway and OpenSea, on the fringes of the art world. Sales of NFTs are made in Ether, a cryptocurrency that has a fluctuating value.

The phenomenon is now becoming more mainstream with traditional auction houses keen to cash in, lending the craze, and digital artists, even more credibility.

For creators like Torres, the selling of the NFTs has inspired the internet artists to buy up other NFTs, even going as far as to help set up an auction for meme-makers to sell their work.

‘It’s digital trading cards, but it’s also a new way for artists to make art. Every artist kind of struggles,’ Torres added. ‘They’ll make art and then it sells, but NFTs give you the option where when you sell your art, if it gets sold again, you still get a percentage of that sale.’ 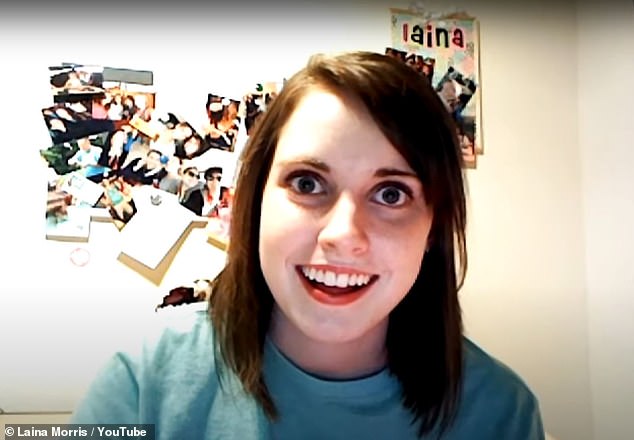 Overly Attached Girlfriend, spawned from a YouTube video of Laina Morris satirically showing her love for Justin Bieber, has sold for $459,260

Success Kid, the photo of photographer Laney Griner’s at the time 11-month-old son Sam, has sold as a NFT for approximately $35,000. Sam is almost 15.

Overly Attached Girlfriend, spawned from a YouTube video of Laina Morris satirically showing her love for Justin Bieber, has sold for $459,260.

And in March, Twitter boss Jack Dorsey’s first tweet – ‘just setting up my twttr’ – sold as an NFT for just over $2.9million.

It was snapped up by Sina Estavi, the CEO of Malaysia-based blockchain company Bridge Oracle.

Each NFT has its own blockchain-based digital signature, which serves as a public ledger, allowing anyone to verify the asset’s authenticity and ownership.

Valuables’ parent company Cent confirmed Dorsey’s tweet-turned-NFT was sold to Estavi, who told Reuters he was ‘thankful’ when asked for comment about the purchase.

Estavi was also rumored to be eyeing an NFT of one of Elon Musk’s tweets, before the eccentric Tesla CEO turned down his $1.1million offer.

Musk had tweeted out a two-minute original song on March 15 that he claimed he was willing to sell to the highest bidder.

DR MAX PEMBERTON: Now, more than ever, we must keep our Christmas rituals

Hopkins University: The number of Corona injuries in the United States exceeds 23 million

The heroic woman who fought off a crocodile as it dragged her twin sister into a...