An activist who took the Government to court over Brexit today launched her own political party – but just 13 people showed up.

The new group will face the Conservatives and Labour in political elections.

During the launch, Ms Miller accused the government of ‘lining their own pockets and those of their chums’.

She added: ‘Where are the consequences? In our outdated naive political system where trust and honour are supposed to be enough safeguards, a system we can all see blatantly does not work, we look to the Opposition to oppose and to put into words our fury. But their silence is often deafening.’

Gift bags filled with mugs and hats with the party’s logo on it were left on empty chairs in the small conference room.

The campaigner previously said: ‘This Government needs to be held to account. Voters deserve better than the current politics of incompetence and self-interest.’ 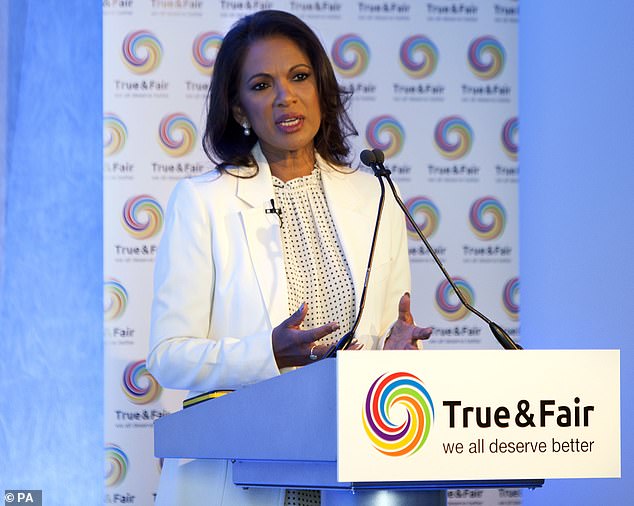 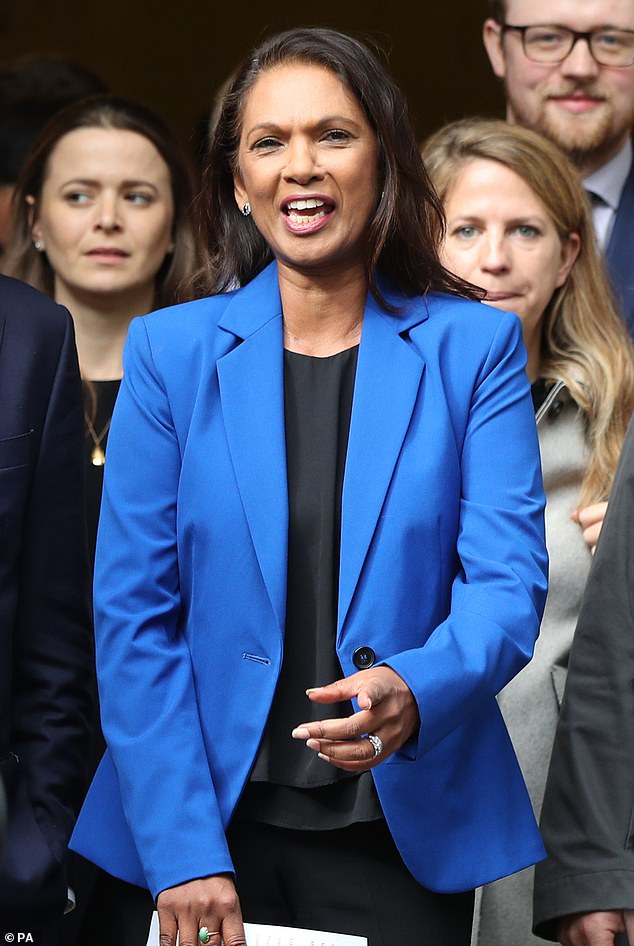 The True and Fair Party will ‘bring long overdue change to British politics’ and act as a home for the ‘politically homeless’, Ms Miller said today.

During her speech Ms Miller slammed the Conservatives and Labour, accusing the parties of ‘turning in on themselves’.

She added: ‘Ours is a country that is crying out for change. In need of a party that is focused on right and wrong, Not just right and left.

‘That understands the need for a government that works for everyone. Not one rule for them … another for the rest of us.’

Britons took to social media to mock the new party leader, claiming she had taken social distancing too far.

One said: ‘Gina Miller showing party leaders how to truly distance socially from the public and indeed anyone… Gina no mates.’

Another added: ‘Who could have predicted this?? ChangeUK totally flopped and that had 9 sitting MPs from Tories and Labour who joined it. It was the height of Brexit negotiations and a slight if not expected chance Brexit wouldn’t happen. Gina Miller is deluded.’

The campaigner said: ‘This Government needs to be held to account. Voters deserve better than the current politics of incompetence and self-interest’. Pictured: The party’s current logo 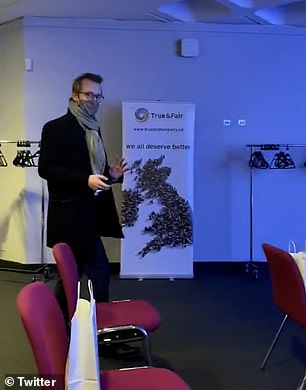 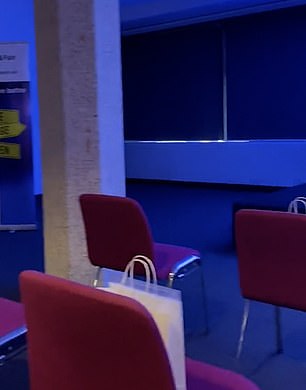 During the launch, Ms Miller accused the government of ‘lining their own pockets and those of their chums’ 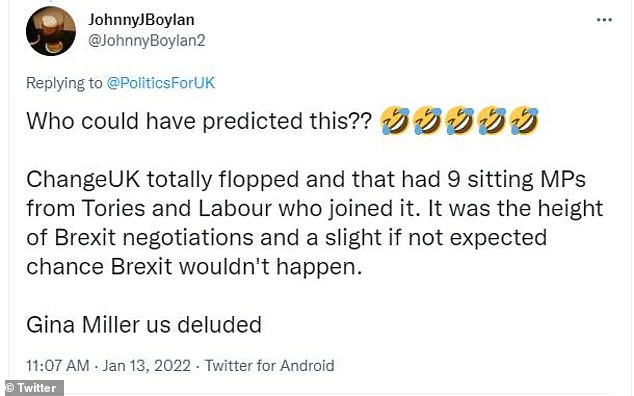 Britons took to social media to mock the new party leader, claiming she had taken social distancing too far

One said: ‘No danger of Gina Miller’s new party breaking any Covid-19 regulations in the future with this handful of people turning up for the launch.’

Another added: ‘Gina Miller’s new party has the hallmarks of Change UK. How long do we reckon it’ll last? 6 months? A year? There’s bound to be some rich guy stupid enough to let her drag it out for a while, she’s an excellent grifter.’

The party later tweeted: ‘We made the decision not to invite supporters to our launch today to observe Covid guidelines.

‘Hundreds of people were bitterly disappointed not to be able to attend in person If the Prime Minister made his own common sense decisions then maybe he wouldn’t be facing this crisis.’

A note on the party’s website, written by Ms Miller, reads: ‘We were told we don’t care. We are told the system is the system, and can’t change. We are treated as fools.

‘As someone who has faced many challenges, but never lost my principles, courage or passion for standing up against those who seek to exploit, bully and gain from dishonesty, I am launching the True & Fair Party to get Britain back on track.’

She wrote that she did not want to ‘sit on the sidelines or be silent while are freedoms, democracy and voices are being shut down’.

It added: ‘I believe we can unlock so much more of Britain’s potential, regain our moral compass and international reputation, and achieve a brighter future for our children.

‘But only if we clean up our politics, radically modernise our machinery of government, and have a multi-dimensional approach to policymaking. It is time to hold those in power to account, and ensure our taxes are being spent wisely and efficiently.’

Ms Miller rose to fame in 2016 with a legal case against the government’s implementation of Brexit that reached the Supreme Court.

The case forced Theresa May to put her decision to invoke Article 50 – officially leaving the EU – before Parliament.

Critics accused the 56-year-old campaigner of attempting to stop Brexit, but she said that she was standing up for Parliamentary democracy. 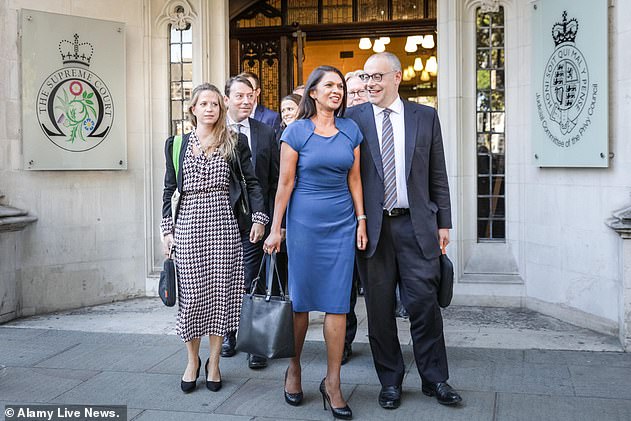 Ms Miller has twice taken the government to court over Brexit. On the second case, which reached the Supreme Court, it was found that Boris Johnson’s prorogation of Parliament to push through Brexit was unlawful

Ardently pro-EU, it is not known whether Ms Miller’s new party could campaign to rejoin the European Union.

The True and Fair party takes the same name as a campaign she established in 2012 which calls for an end to financial misconduct in the investment and pension industries. The two are however separate entities.