Police officers were attacked by anti-vaccination protesters this afternoon in front of the Houses of Parliament as traffic was brought to a standstill amid violent scenes.

Video footage showed punches being thrown and bottles hurtling towards officers as they urged the demonstrators to move out of the road in 84F (29C) heat.

Activists chanted ‘shame on police’ and ‘arrest Boris Johnson‘ as they moved from Parliament Square onto the road and up to the gates of the Palace of Westminster.

Among the protesters was Piers Corbyn, the brother of former Labour leader Jeremy Corbyn, who has been a regular feature at anti-lockdown protests since the pandemic began. 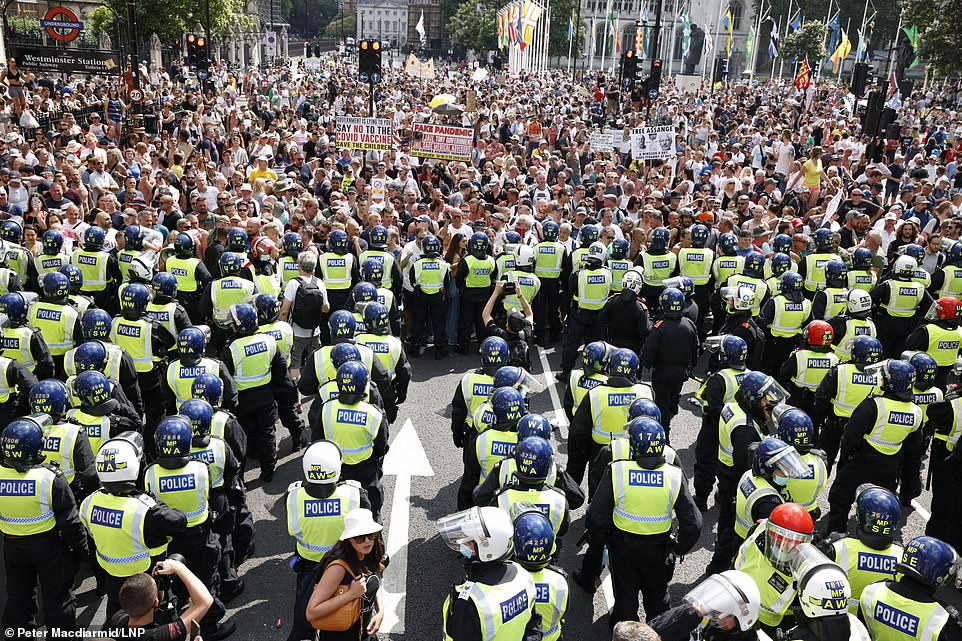 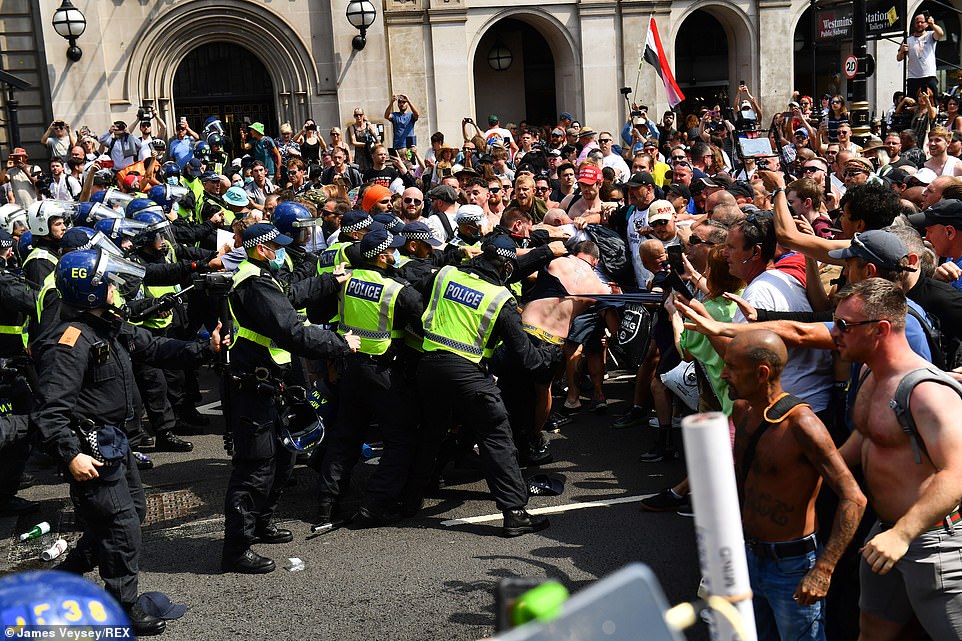 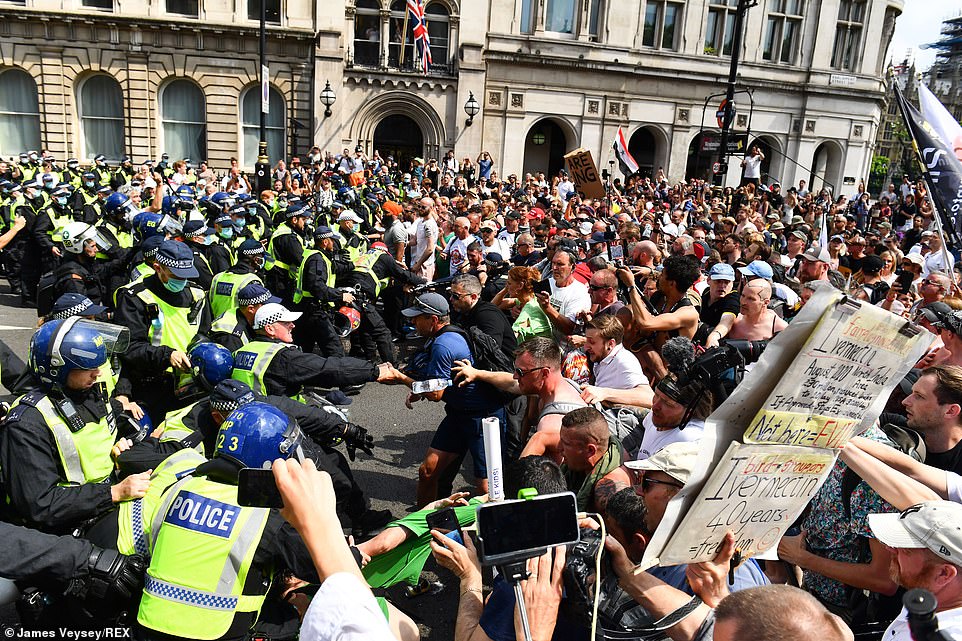 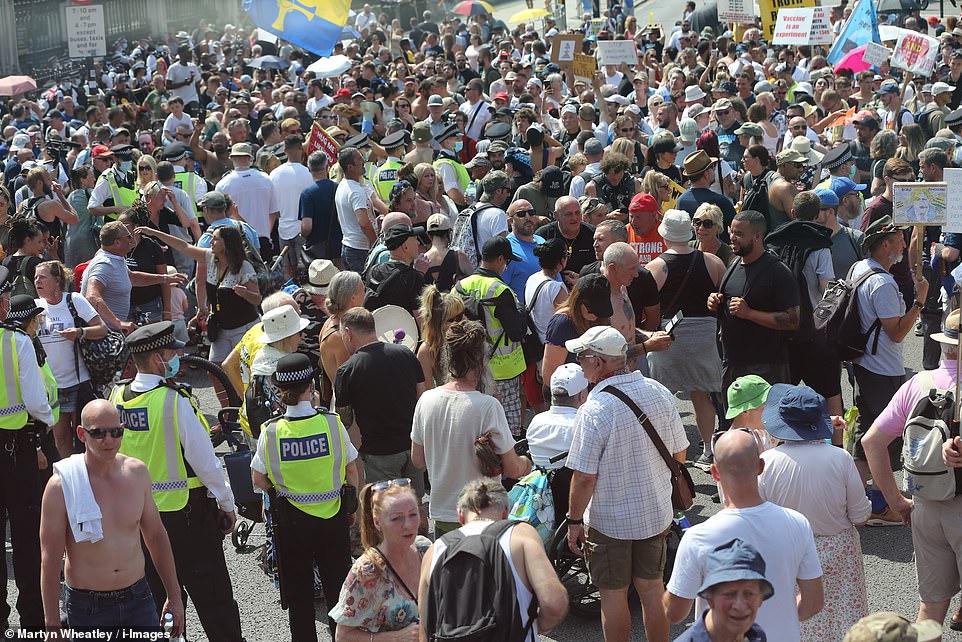 Anti-vaccination protesters gather at Parliament Square in Westminster this afternoon 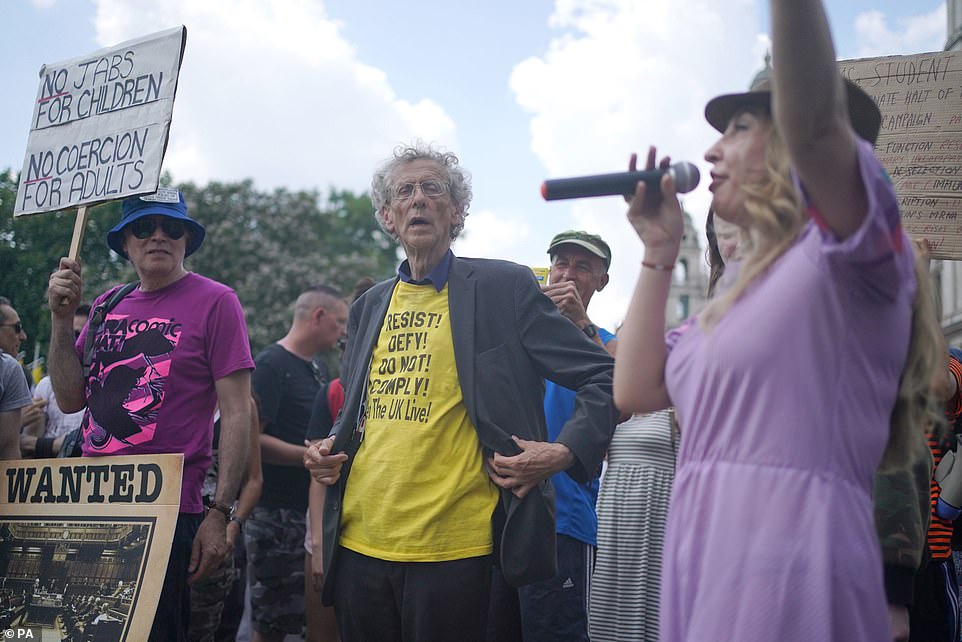 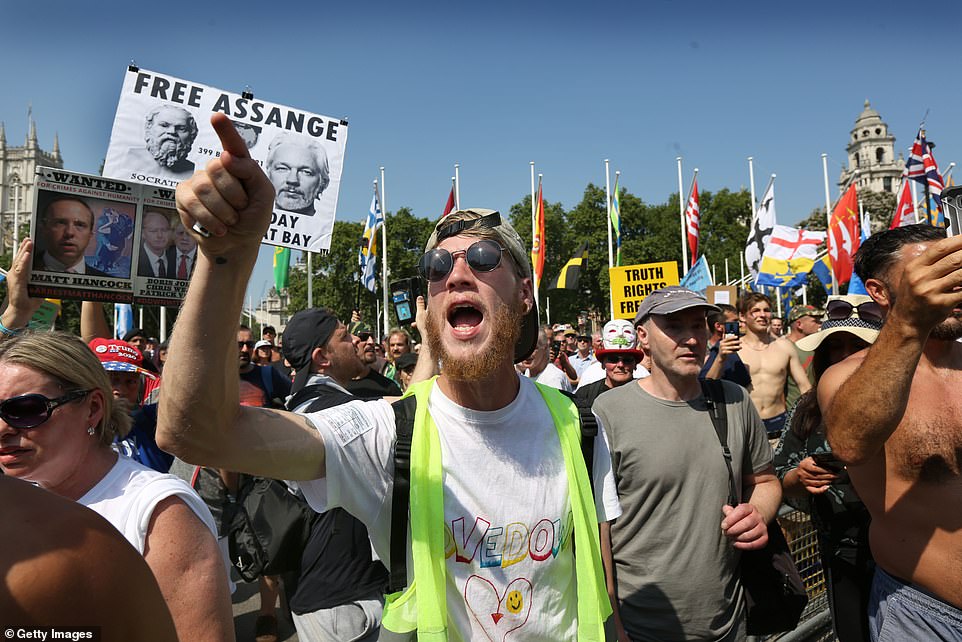 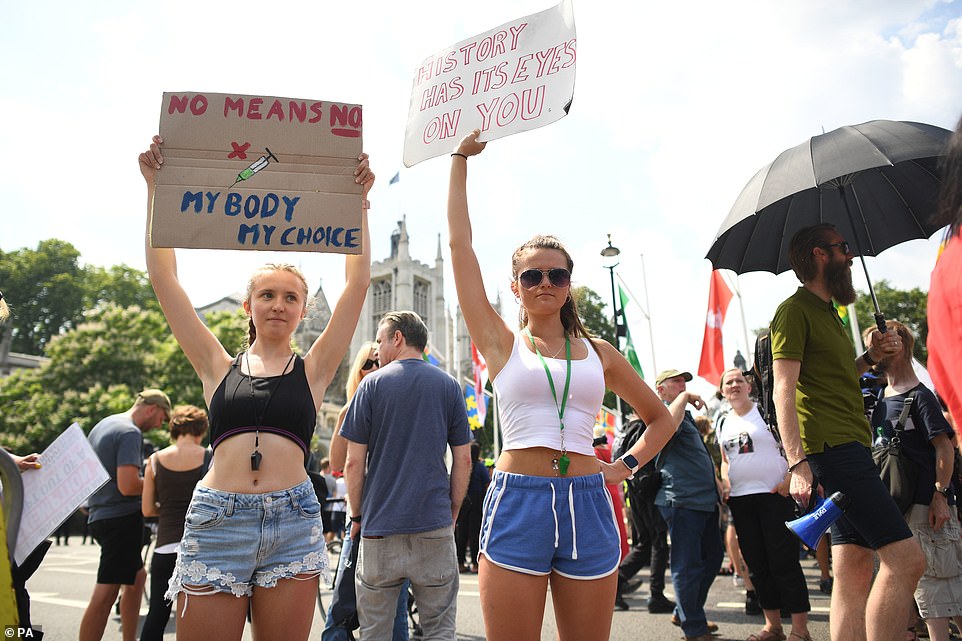 Anti-vaccination protesters hold a demonstration in Parliament Square this afternoon 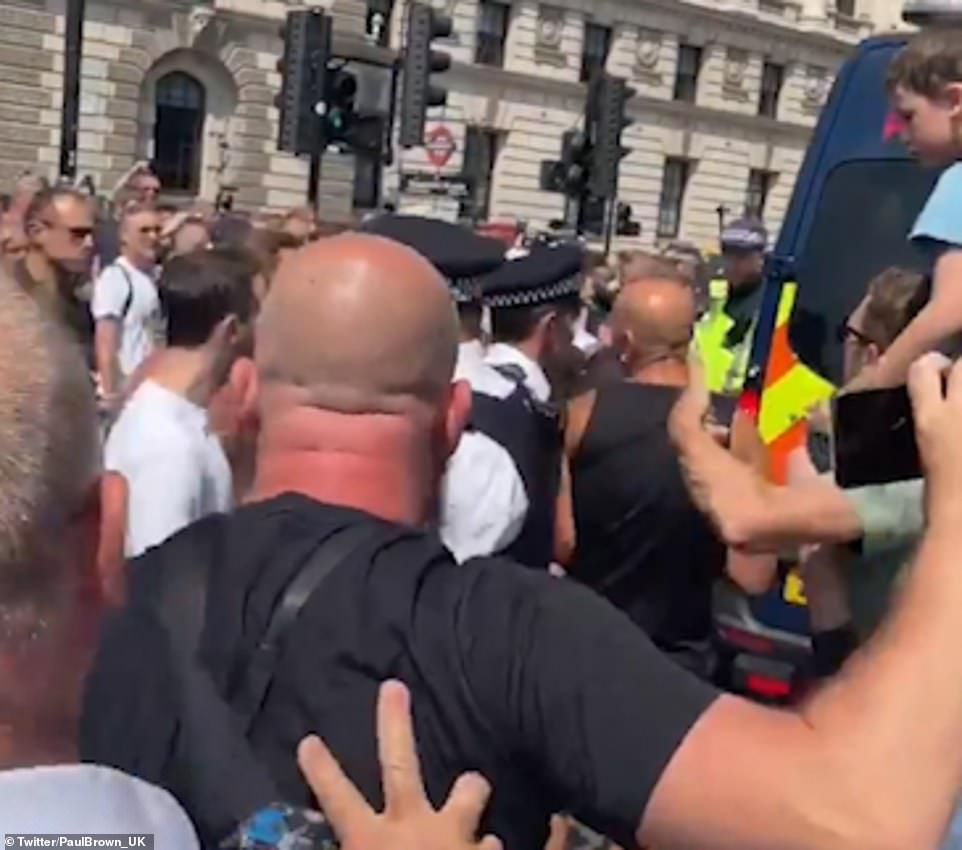 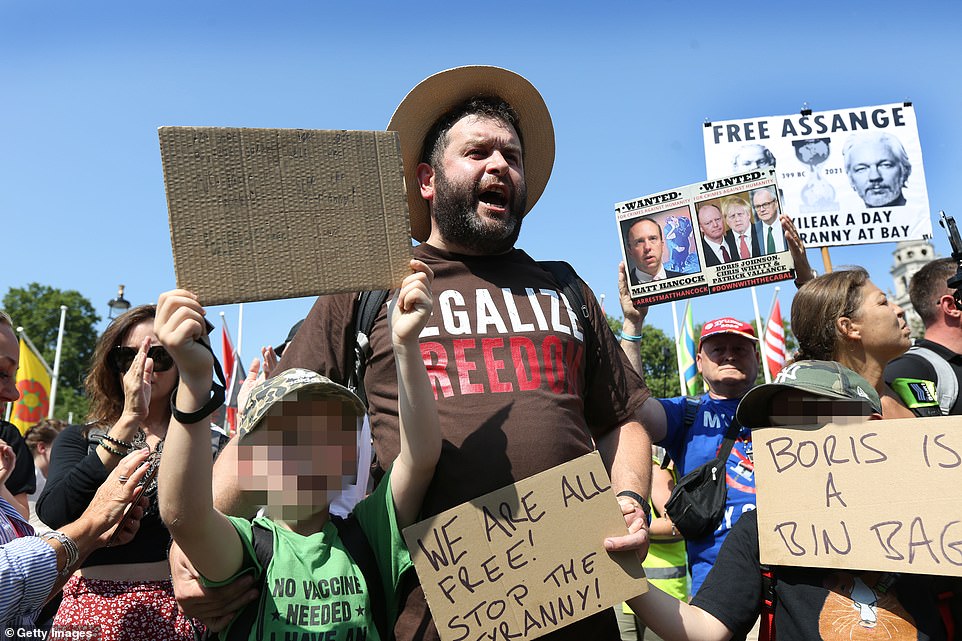 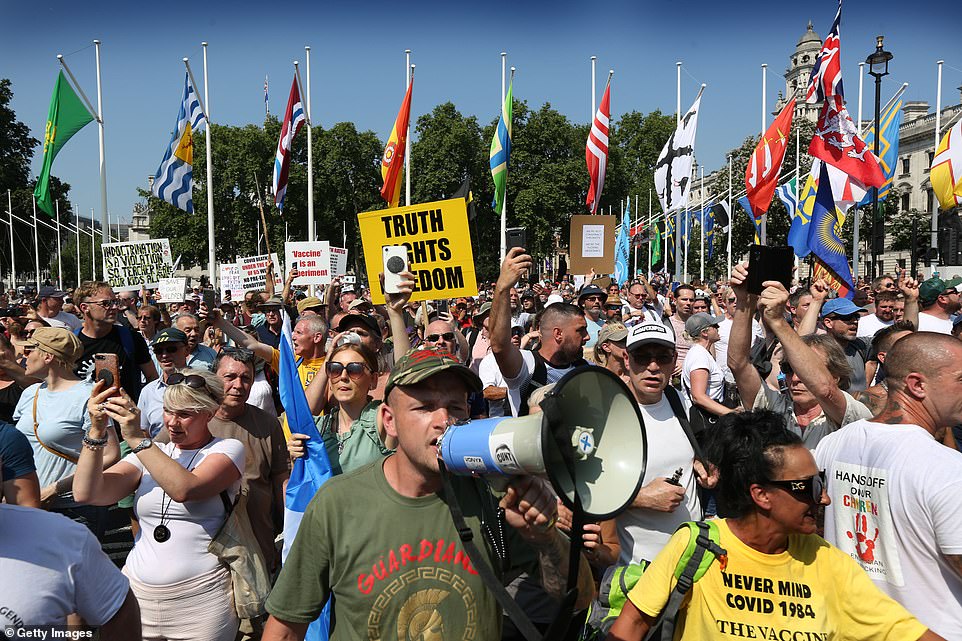 One police officer was seen to put a lock on a gate at the entrance to Parliament while those outside held signs with anti-vaccination and anti-police messages.

Scotland Yard said officers were responding to protesters in Parliament Square after those taking part in an anti-vaccination demonstration blocked a road in the area.

The force tweeted: ‘We are responding to a demonstration in Parliament Square this afternoon. A group have blocked the road which is causing traffic disruption.

‘Officers are on scene, speaking with those taking part in the protest and looking to ease congestion as soon as possible.’ 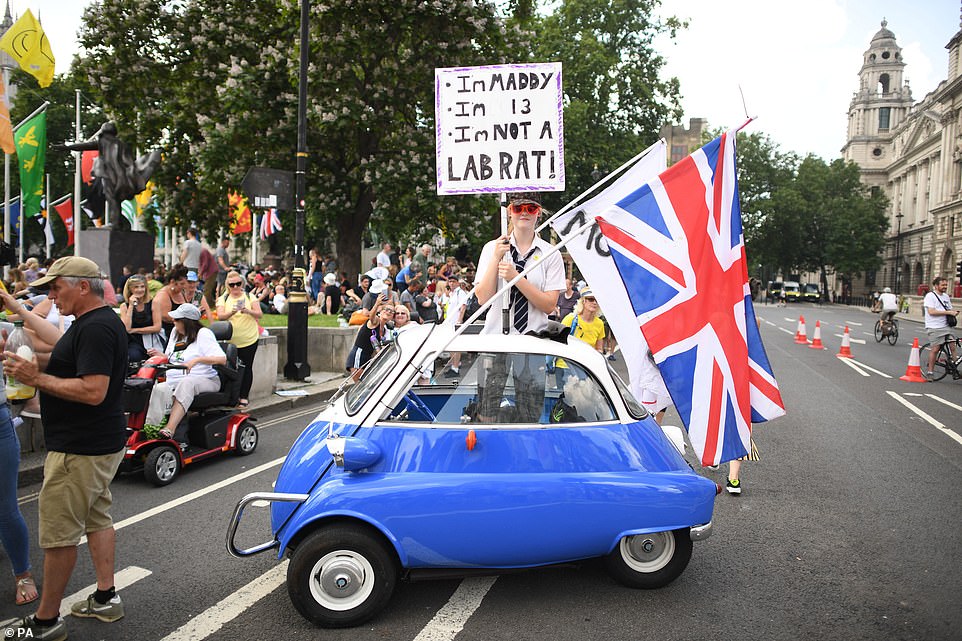 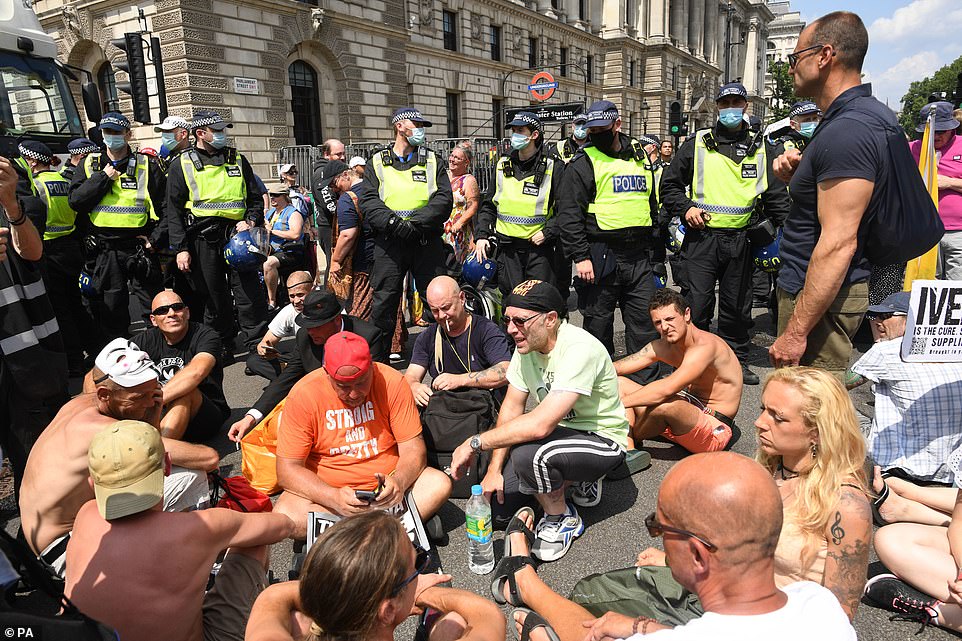 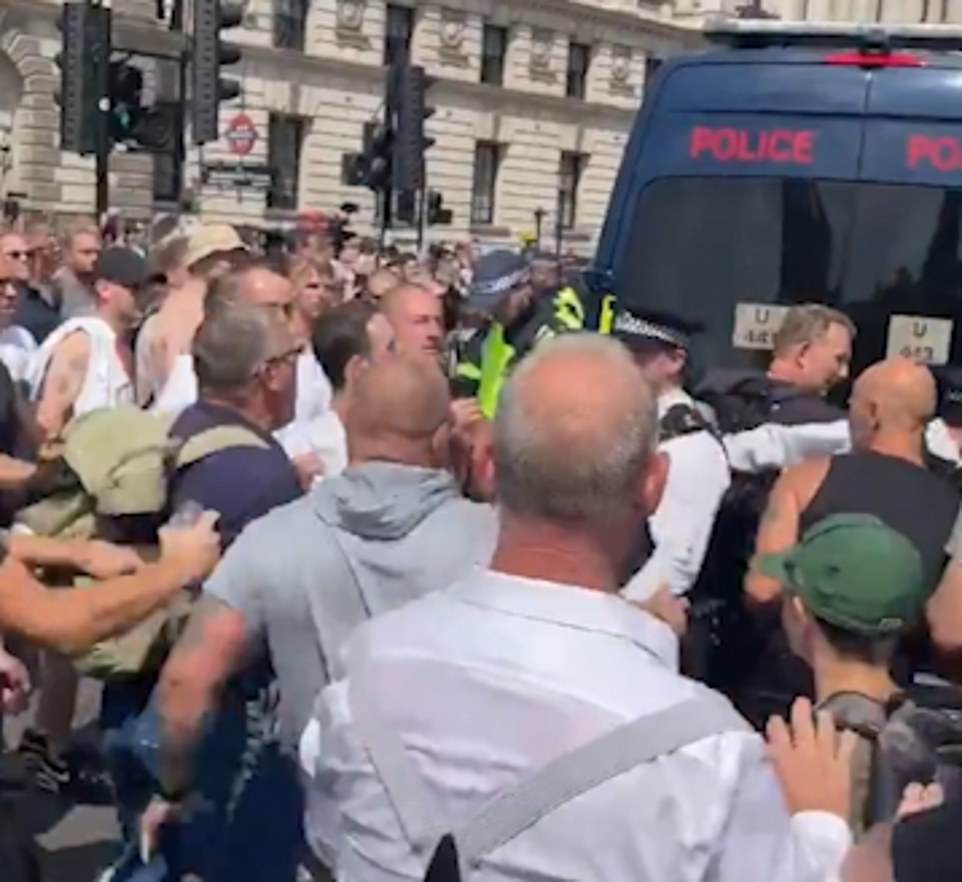 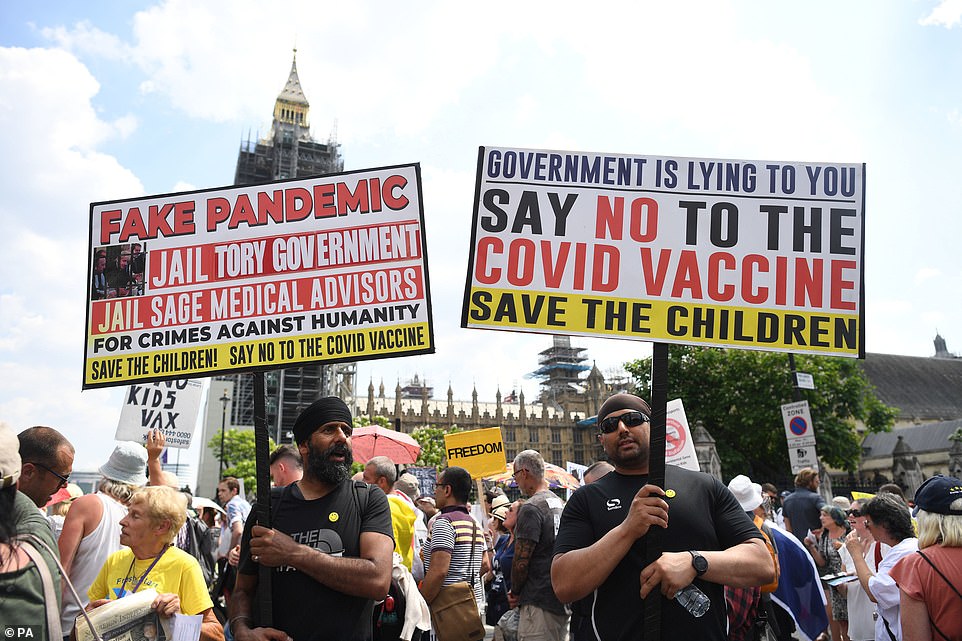 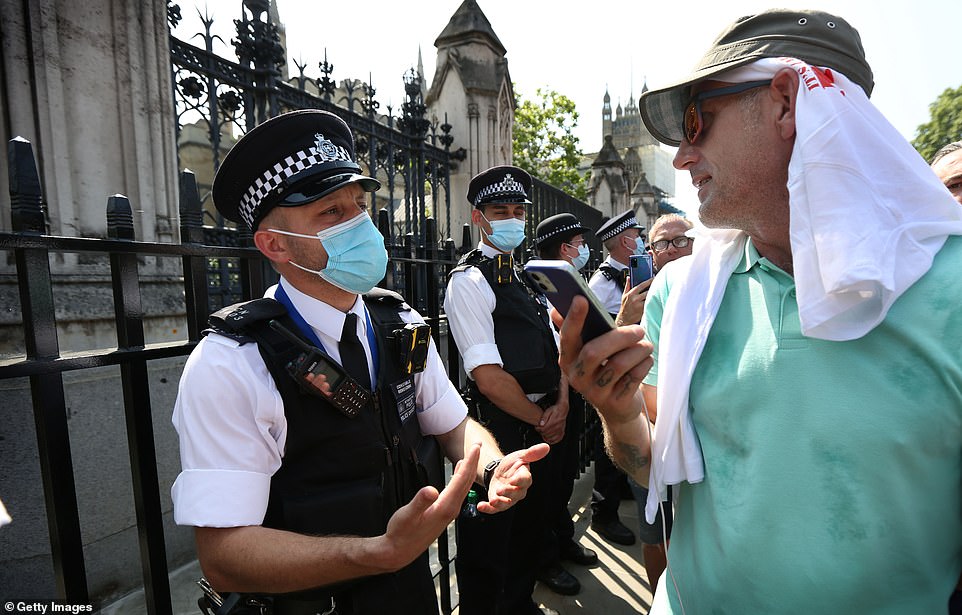 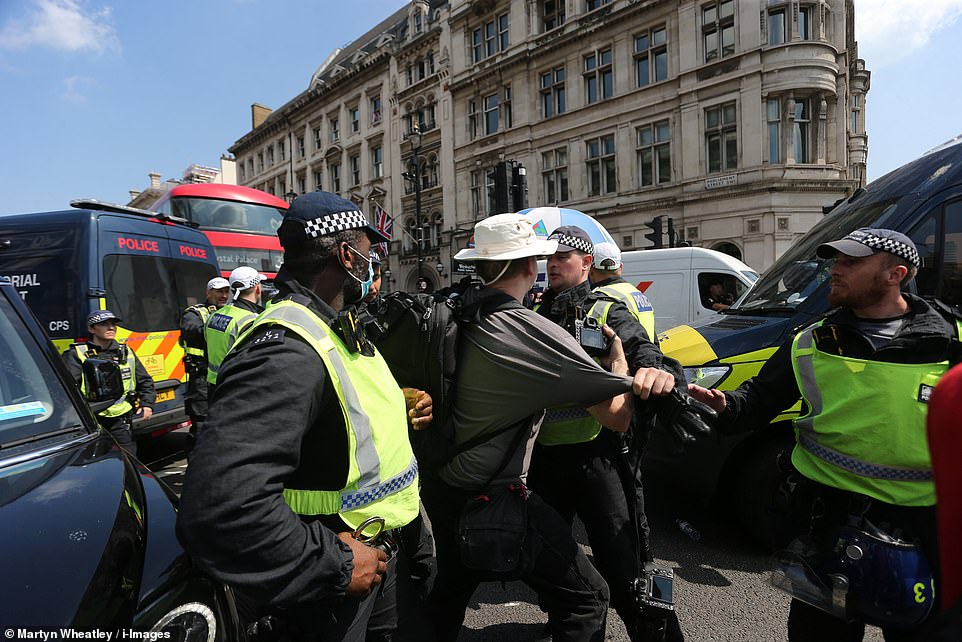 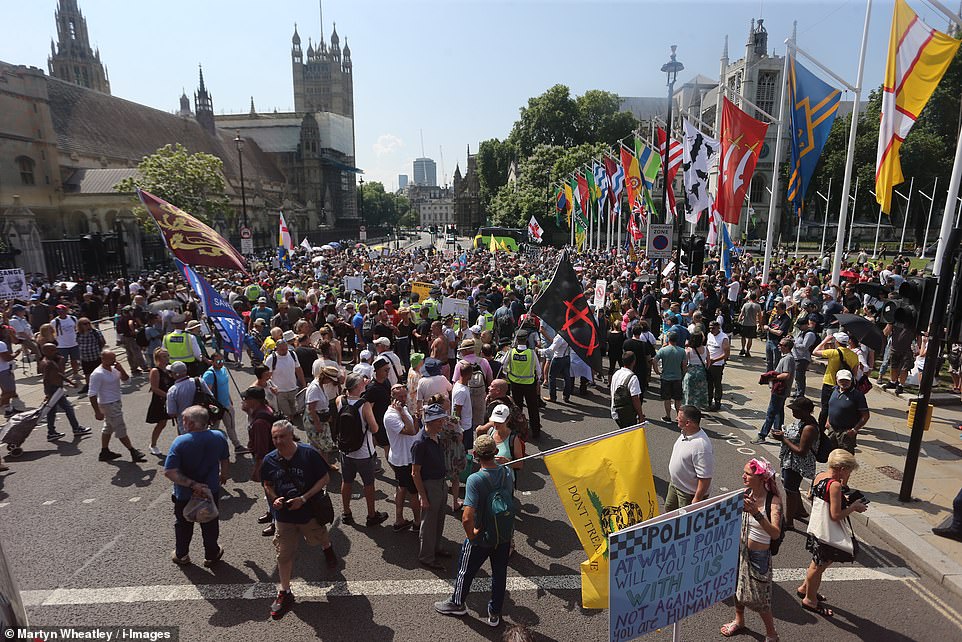 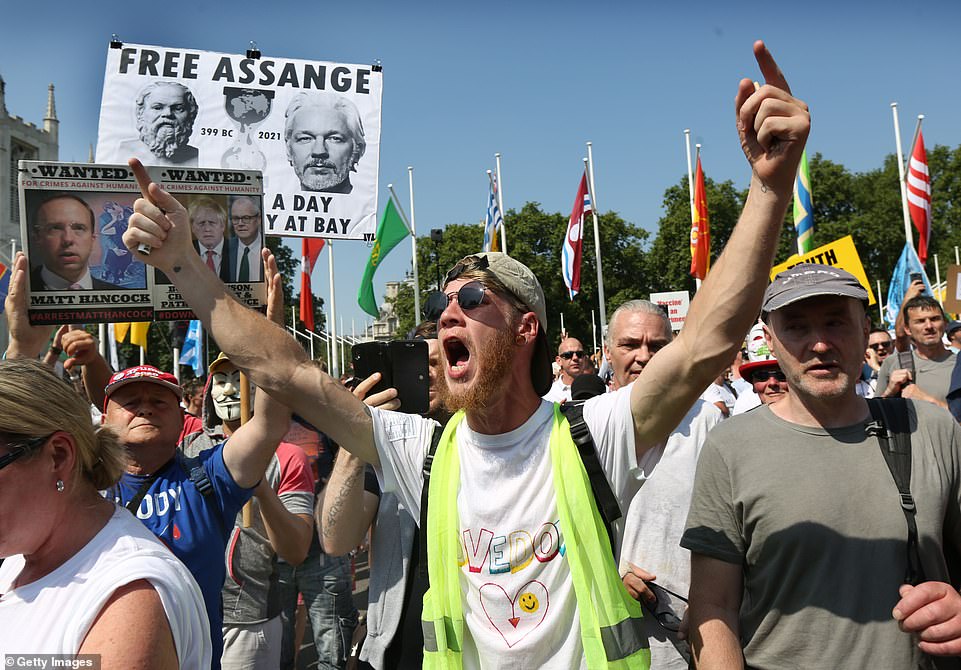 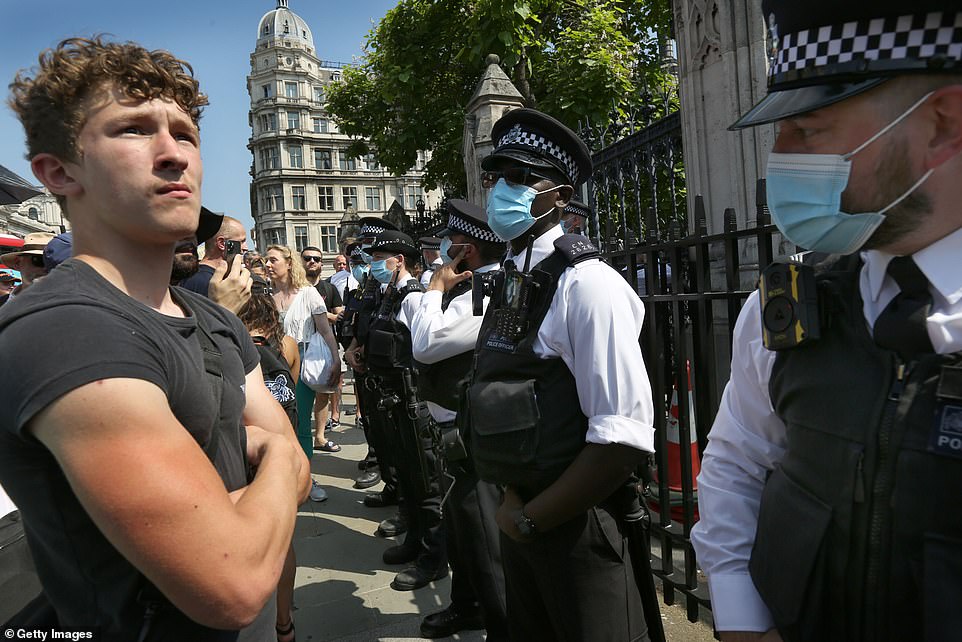 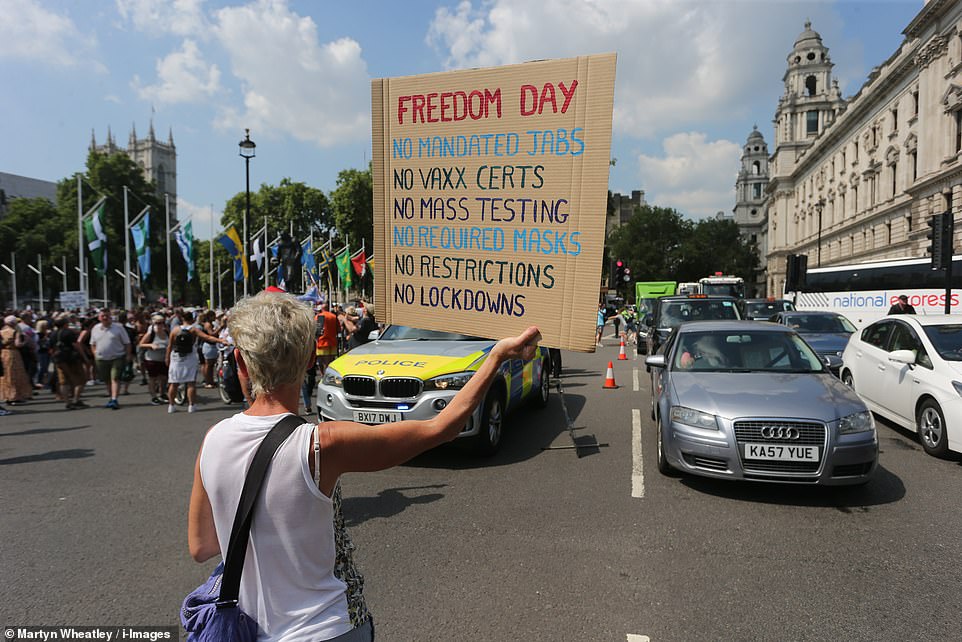 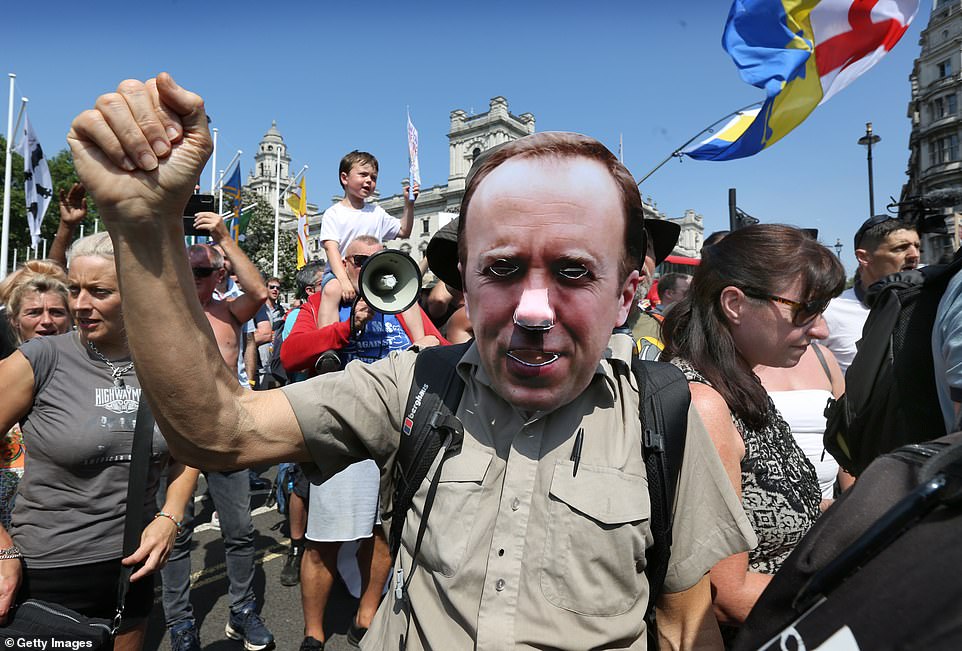 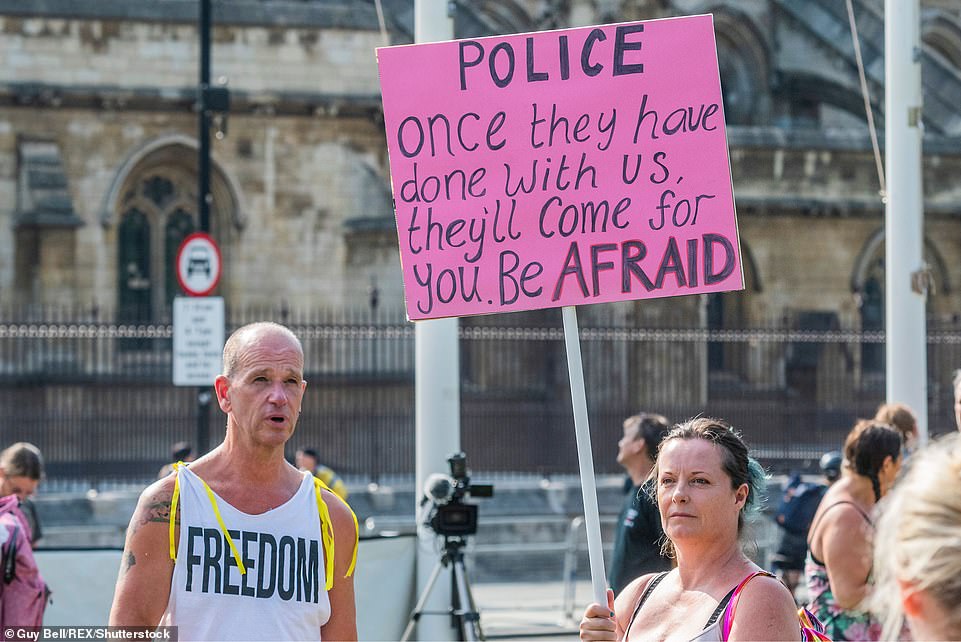 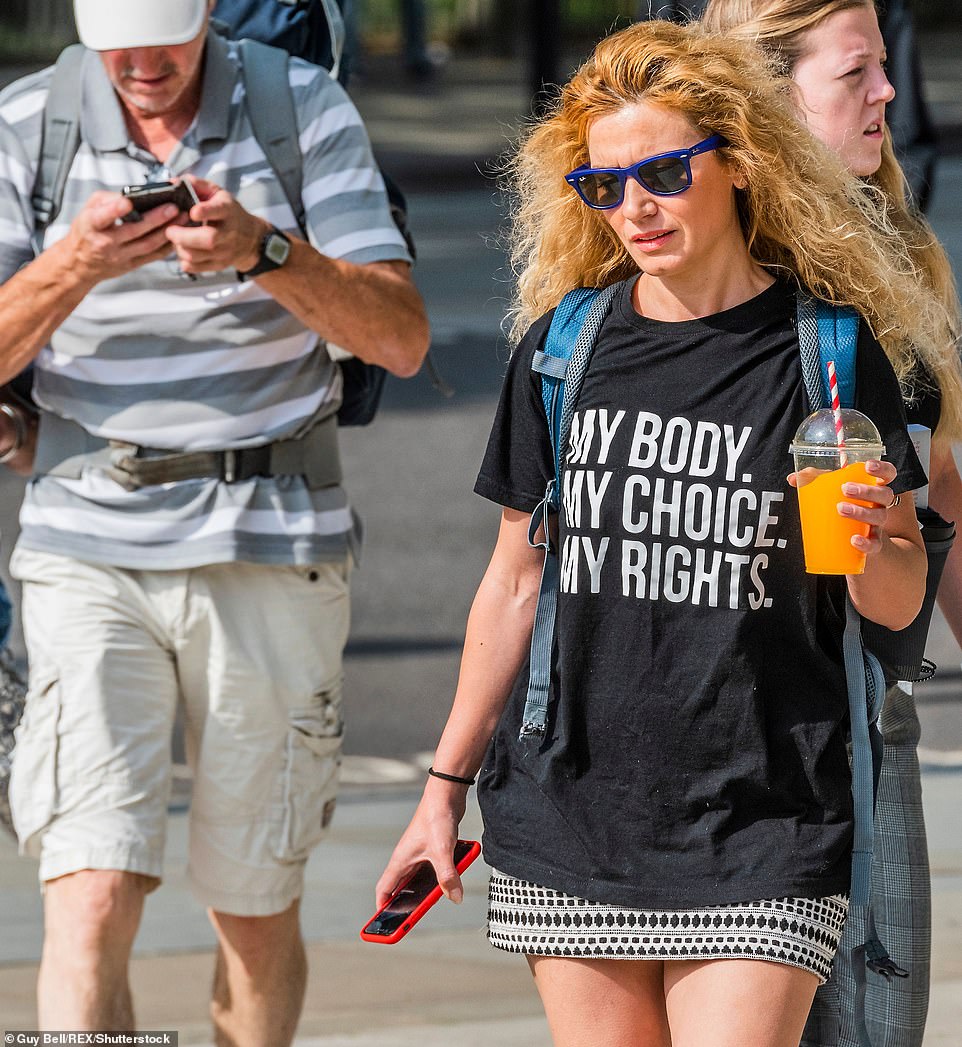 Mr Johnson is spending so-called ‘freedom day’ self-isolating at his official country residence at Chequers after being ‘pinged’ by NHS Test and Trace.

This follows a contact with Health Secretary Sajid Javid, who subsequently tested positive for the virus on Saturday.

Meanwhile businesses have warned of shortages on the shelves as the number of people off work after being pinged by the NHS Covid app continues to rise.

Should you invest in THETA (THETA)?

Scotland gets nearly £2,000 per head more than England in public service spending

The road to Wallabies redemption: Joe Powell finds his feet at the Melbourne Rebels

Simone Biles Olympic teammates have defended her shock decision to pull out of the team and...