Antonio Guterres urges governments to recognize their responsibilities towards refugees 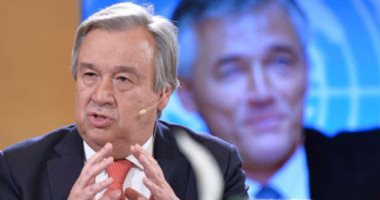 Antonio Guterres, Secretary-General of the United Nations, urged the governments of countries to recognize their responsibilities towards refugees, and the countries that host them, saying, “We must commit ourselves to finding durable solutions based on solidarity, human rights and human dignity.”

“I urge all governments to recognize their responsibilities towards refugees and the countries that host them,” Guterres said in a tweet on his official Twitter account. Together, we must be committed to finding durable solutions based on solidarity, human rights and human dignity. ”.

In another context, Antonio Guterres, Secretary-General of the United Nations, stressed that there is no going back and inequality, and we must make the issue of recovery from the Corona virus and climate change two sides of the same coin.

“We cannot return to the old normal of inequality and fragility. Instead, we must step towards a safer and more sustainable path,” wrote Antonio Guterres, on his Twitter account, adding: “With today’s decisions that set our course for decades to come, We must make a corona recovery COVID19Climate change are two sides of the same coin. “

Guterres had delivered a speech before the German parliament, “the Bundestag”, on the 75th anniversary of the United Nations, saying: “Very grateful for Germany’s strong commitment to multilateralism.”

United Nations Secretary-General Antonio Guterres called on developed countries to fulfill their commitment to provide $ 100 billion annually to developing countries in 2020 to mitigate the damages of the climate crisis, pointing out that it is a badly faltering effort, according to a report issued by independent UN experts. .

Guterres noted that the past decade has been the hottest on record, as levels of carbon dioxide in the atmosphere are at record levels, and they are rising, storms, fires, floods and droughts with an uncommon force that are now very common and devastating..

Petr Cech playfully taunts Lionel Messi for struggling against him

Merkel: “Troubled times” await Germany due to the Coronavirus in 2021