A former Apprentice contestant branded a ‘snake’ by Lord Sugar has won a sex discrimination case after being fired from her £170,000-a-year job by a boss who ‘ran her around like his secretary’.

Jenny Celerier – known by fans as ‘Katie Hopkins 2’ after her treacherous performance on the fourth series of the hit BBC show – was dismissed from her executive sales job after her manager said: ‘There’s no pleasing her’.

But now a tribunal has concluded that boss Tony Mills had harassed and victimised her, deriding a plum deal she had secured with Rolls Royce as a ‘dog and pony show’, asking her to drive him from Coventry to Surrey and excluding her from the ‘boys’ club’ environment he presided over. 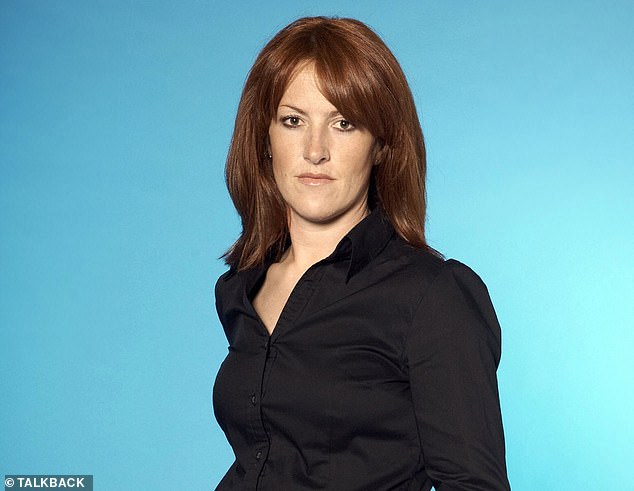 Jenny Celerier – known by fans as ‘Katie Hopkins 2’ after her treacherous performance on the fourth series of the hit BBC show – was dismissed from her executive sales job after her manager said: ‘There’s no pleasing her’ 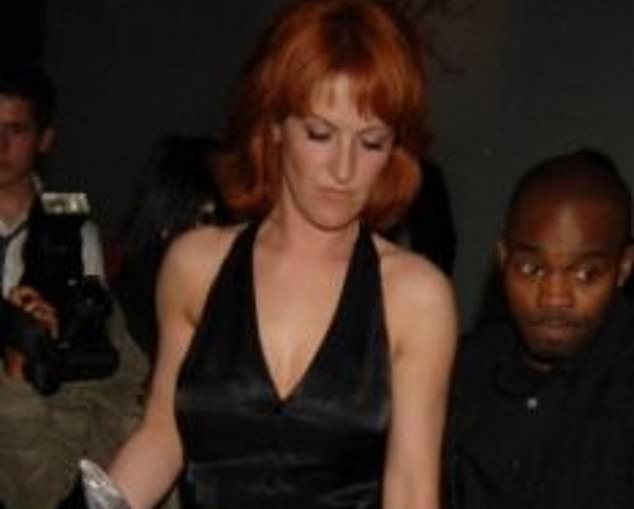 Ms Celerier, 49, pictured, appeared in the 2008 series of The Apprentice and was ‘fired’ after seven episodes. However, the Employment Appeals Tribunal case has no connection with the BBC show. She took the case against Chargepoint Network UK after she was fired from her position as an Account Executive

Now the 49-year-old executive is in line for a potential pay out worth tens of thousands of pounds following his decision to sack her.

Ms Celerier came to public prominence when she appeared in the 2008 edition of the show in which her cut-throat behaviour reduced fellow contestants to tears.

Before she was ‘fired’ by Sir Alan in the seventh week, she repeatedly lied in an attempt to get others sacked, tried to sabotage the opposing team during tasks and refused to take any responsibility for her actions.

At one point the mother-of-one taunted fellow participants: ‘Throughout this competition, I’ve basically had to breastfeed you’.

Her duplicity led the tycoon to describe her as a ‘snake’ but after the show Ms Celerier went on to build a career in sales.

The saleswoman claimed after being booted off the hit BBC show in 2008 that Lord Sugar is so small he needs to sit on a booster chair.

The Amstrad boss branded her ‘a bit of a snake’ and accused her of lying before she was fired during an episode in the fourth series of the programme.

But the redhead hit back at the entrepreneur by claiming that he climbs on to the booster seat when he faces his wannabe employees.

She said Lord Sugar, who stands at 5ft 6ins, likes to appear taller than his staff when he declares those infamous words: ‘You’re fired.’

She added: ‘I did notice when he got on to his chair he did do a sort of little jump to get on to it.’

But she backtracked when asked if she meant he used a booster seat, and replied: ‘I’m saying he might do!’

She also complained the reality show is unfair as Lord Sugar had his favourites, and urged for a female winner to be chosen.

‘I do think there was a huge bias towards some people,’ she added.

The tribunal heard that in 2017 she was appointed as Account Executive at Chargepoint Network UK – a US company which supplies electric car charging points – due to her passion for ‘cold calling’ potential clients.

She was given a basic salary of £88,000 with the potential to double her pay through sales commissions, the hearing was told.

During her time in the job she secured two deals with blue chip customers regarded as ‘whales’ – the NHS and Rolls Royce.

But despite being their best performing sales executive she was fired just two months after Mr Mills was appointed as her boss.

The hearing in Nottingham was told that due to ‘stereotypical assumptions’ he treated Ms Celerier – the only female member of the sale team – ‘like his secretary’.

As well as giving her admin jobs to do, Sales Director Mr Mills asked her to give him a 120 mile lift for a meeting, an ‘unusual’ request that she refused.

‘He was travelling by train from the north west of England in the direction of London,’ the panel found. ‘The claimant lived, at the time, in Leicester and so Coventry was out of her way to London and she made her excuses.

‘(We) accepted her submission that she felt she was being asked to ‘run around’ for Mr Mills unnecessarily.’

In March 2018 Ms Celerier struck a deal with Rolls Royce to supply the famous car maker with charging points. However, when a demonstration for the luxury car maker went awry, Mr Mills started referring to it disparagingly as the ‘dog and pony show’.

The tribunal said: ‘He adopted this phraseology with the intention of undermining (her) efforts. We) considered that Mr Mills’ use of the term ‘dog and pony show’ had the purpose of creating an humiliating and hostile environment for (her).’

And within days of the Rolls Royce deal, Mr Mills was complaining about her to other senior executives at the firm, saying managing her was ‘terrible’ and describing calls with her as ‘awful’.

‘She tells me that I am not supporting her, which as you know could not be further from the truth *,’ he emailed one colleague. ‘To be honest she might be the one doing the business but it is draining me, there is no pleasing her.’

Later that month Ms Celerier was fired after being told that she was not performing well enough. Explaining the decision, Mr Mills told her he felt that their working relationship just didn’t ‘jive’. 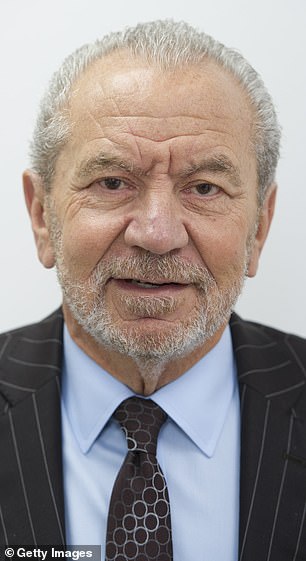 Alan Sugar, pictured branded Ms Celerier ‘a snake’ during the 2008 edition of the show

During the hearing – at which it emerged that she had not been invited to join a Whatsapp group created specifically for the rest of the all male sales team – Mr Mills cited her appearance on The Apprentice when defending firing her.

The tribunal judgement said: ‘Mr Mills’ reasons for the claimant’s dismissal remained in general terms, saying that it was ‘about attitude and perspective’ and that ‘the way you conducted your role was a problem’…

‘…whilst offering the fact of the claimant having been a contestant on the TV show ‘The Apprentice’, over 10 years ago, as an example of what he saw as the claimant’s character traits.’

Finding the company guilty of sex discrimination, harassment and victimisation Judge Marion Batten concluded that Mr Mills’ behaviour towards Ms Celerier had created a ‘cumulative’ effect against her.

She said: ‘Mr Mills had acted upon stereotypical assumptions about (her) sex: the Tribunal has concluded that Mr Mills had treated the claimant like his secretary, instructing her to undertake a number of administrative tasks which diverted her from her sales.’