Argentine newspaper: Signal is the first to benefit from the new WhatsApp update crisis 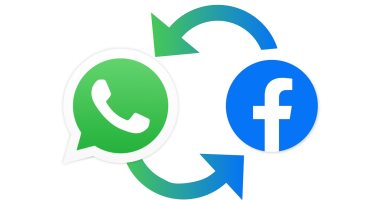 The Argentine newspaper, “Bachina 12”, said that many WhatsApp users referred to other messaging applications, after the leaders of “Facebook” announced an update to the privacy policies of their applications, and one of these applications is Signal. Signal Which will be considered a safe alternative in the coming days, and who is one of the beneficiaries of the existing crisis.

The newspaper pointed out that Signal is an instant messaging application that can be installed on Android phones and iPhones, which was officially launched in 2015, and this platform is famous like Telegram or WhatsApp, and is characterized by the utmost safety.

The app works with end-to-end encryption, which means that all messages sent within the platform, whether they are texts, audios, images or videos, cannot be read by third parties, and even the creators of the platform cannot access this information, which is What makes it the most secure at the present time after the crisis that WhatsApp suffers from.

The instant messaging application WhatsApp recently conducted a trial update regarding the privacy policy of the application, which will force users to share some of their data with its parent company, “Facebook”, which has sparked controversy and anger among millions of application users around the world, prompting many to leave the application and search for alternatives. Others, which may mean that WhatsApp abandoned several million of its users in order to implement this new policy.

Rust's Long-Awaited Console Version Has Been Rated By the ESRB

While the Philadelphia 76ers' "Process" has never felt more aimless, the Atlanta Hawks' rebuild is looking...