Arsenal and Kieran Tierney are increasingly hopeful that he will be allowed out of quarantine early and given the green light to face Manchester City on Saturday.

Tierney was set to miss out after being ordered to undergo 14 days in self-isolation. He was deemed a close contact of Southampton midfielder Stuart Armstrong who tested positive for Covid-19 while on international duty with Scotland last week.

Tierney has tested negative multiple times since and shown he has antibodies to the virus. Arsenal have been lobbying Scottish authorities in a bid to get him out of having to serve the full fortnight in isolation. Club doctor Gary O’Driscoll and Arsenal’s legal team have led their bid to free Tierney in discussions with the Scottish government, Scottish FA, Lothian Health Board and Premier League. 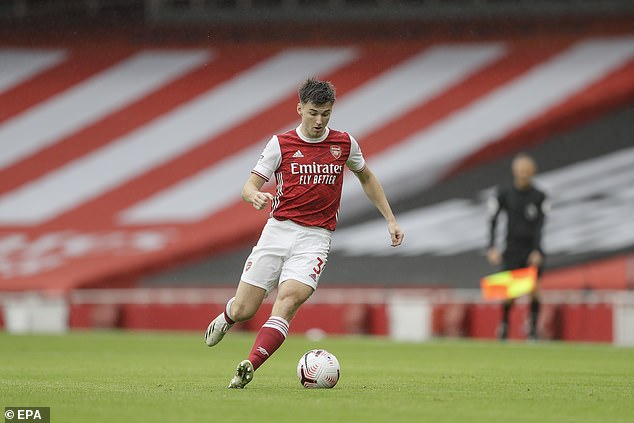 Tierney has been following a personalised fitness programme during his time in isolation. He is not expected to have any problems if he is thrust back into the team.

It was unclear if Tierney had already travelled back to London in order to link up with his team-mates ahead of their flight to Manchester yesterday. 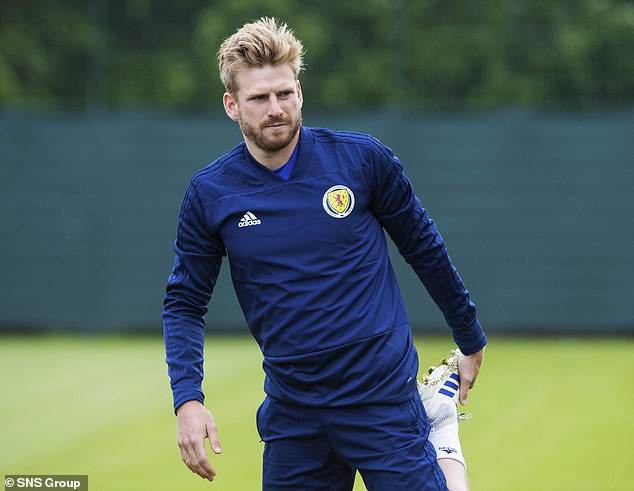 He has repeatedly tested negative himself and also shown he has antibodies to the virus.

When asked if Tierney will be available this weekend, manager Mikel Arteta said: ‘I hope so. We are very reassured that there is not any risk for him to be involved with us. That is the case we are defending really strongly with the authorities. I will be extremely disappointed if he is not able to play at the weekend.’

As reported by Sportsmail last week, Arsenal had vowed to fight all the way to get Tierney back in contention for the visit to City and were building up a case to prove he should be free to play.

Tierney was deemed a close contact of Armstrong after they and midfielder Ryan Christie – also ordered to isolate for 14 days – played computer games in one of the hotel rooms while away on international duty. 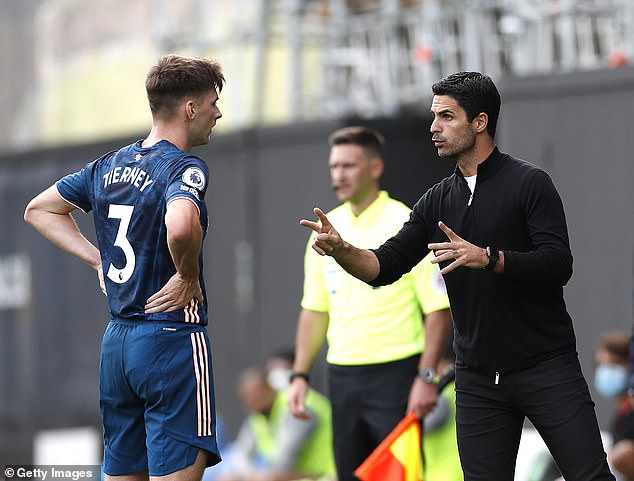 Lothian health board officials were called in after Armstrong’s positive test was returned on Wednesday to identify who else may have been potentially impacted.

Tierney released a statement confirming he had stuck to all the necessary guidelines and remained socially distant from his team-mates throughout his time in the Scotland camp.

That was backed up when the LHB official entered the relevant room to assess where he and Armstrong had been sitting and measured that there was almost 3m between the pair, well outside the minimum social distancing limit.

Meanwhile the gamers in Scotland’s squad use their own consoles which come in individual cases with their own screens and accessories further reducing the possibility of any spread as they do not need to touch any of their team-mate’s property. 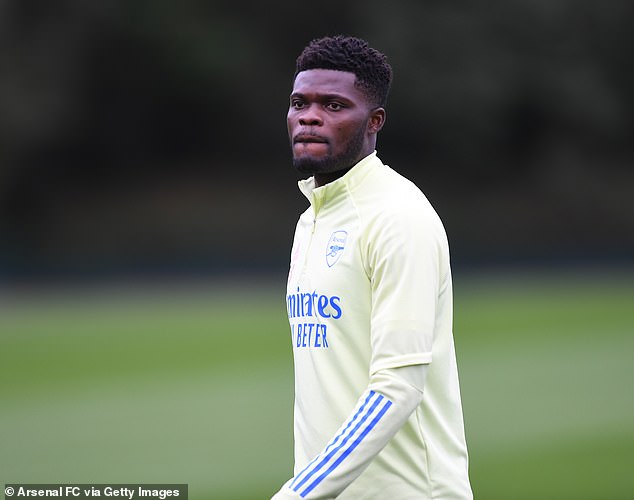 Arteta could also hand Thomas Partey, the £45million deadline-day signing from Atletico Madrid, his debut at the Etihad. Partey has been tipped to make a big impact at the Emirates and Arteta said: ‘Probably there is a lot of expectation but we have to always give some time to players to adapt.

‘The Spanish league and the Premier League are completely different, the style of play of Atletico and ours — there are some big differences there as well.

‘What is unquestionable is the quality of the player and the level he has been playing in the last five or six years.’