I’ve waited 9 months and the website crashes so I can’t get in’: Arsenal fans fume at club as ticketing system for their first match with supporters since March next week fails

Several Arsenal fans were left fuming after a website crash saw several supporters booted out of the queue and unable to purchase tickets.

The Gunners will be allowed 2,000 fans on Thursday for their Europa League fixture against Rapid Vienna, with London being placed in Tier 2 once the second coronavirus lockdown ends on Wednesday.

Several fans woke up bright and early on Saturday morning to try and claim tickets – which were being sold on a ‘first come, first served’ basis – for the match at the Emirates Stadium, which will become the first Premier League ground to welcome back fans for a competitive fixture since March. 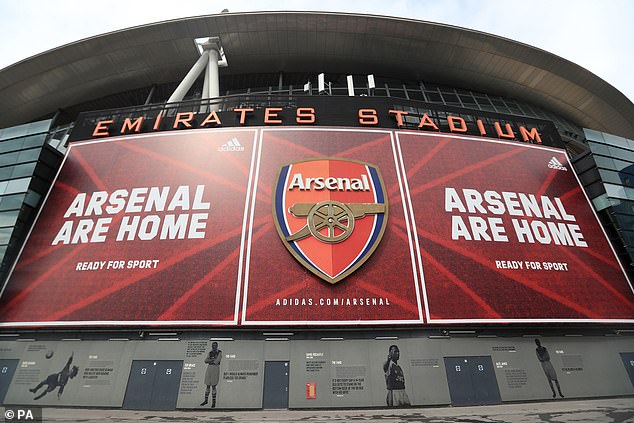 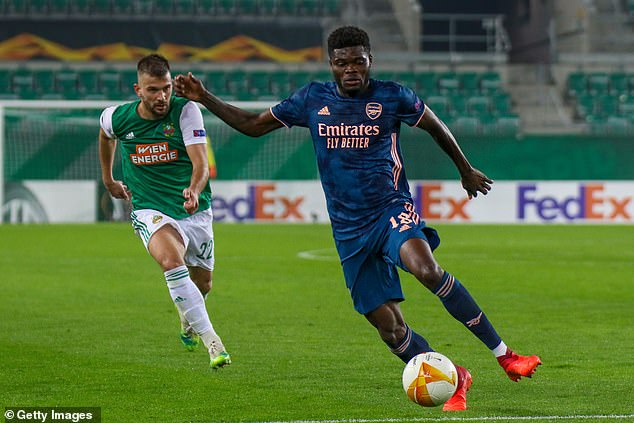 The Gunners will welcome 2,000 fans to the Emirates Stadium against Rapid Vienna

But some supporters’ initial excitement soon turned to rage after the club’s ticketing system was unable to cope with the demand for tickets.

One fan on Twitter said: ‘So gutted – I’ve waited 9 months to watch @Arsenal at the Emirates – I get my chance to get tickets and the website crashes so I can’t get in.

‘Finally get in and all tickets gone,’ followed by a tearful emoji.

Robert Peston, ITV’s political editor, tweeted: ‘Trying to buy @Arsenal tickets this morning was an especially maddening experience. This is a club that specialises in undermining the good will of fans.’ 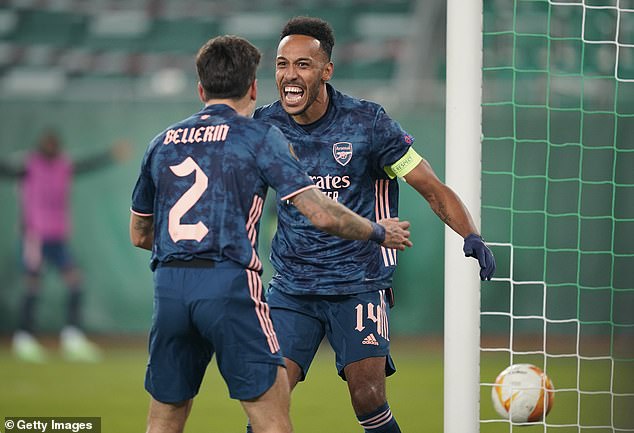 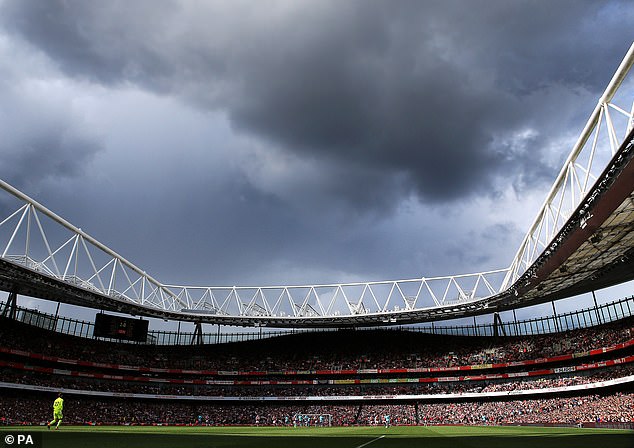 Another meanwhile stated: ‘Hey @Arsenal @TicketmasterUK got to the front of the queue for tickets and then the system crashed multiple times and booted me out of the queue…what do I do now?’

Another fan also shared in the disappointment, adding: ‘Very disappointing although entirely predictable that after being promised the chance to buy tickets for next home game the system is unavailable.’

Others however were far more furious in condemning the club and were left raging at what they deemed basic errors by the club.

So gutted – I’ve waited 9 months to watch @Arsenal at the Emirates – I get my chance to get tickets and the website crashes so I can’t get in. Finally get in and all tickets gone 😢 #Arsenal

One fan tweeted: ‘Hey @Arsenal, absolutely no excuses for the ticketing website to be giving 503 errors. You should sack the ticket provider, this is pretty basic stuff. A waiting queue at least!’

Another was equally as enraged, stating: ‘The Arsenal Box office website is s*** at the best of times. No surprise the website crashed before the tickets even go on sale this morning.’

Others preferred a more sarcastic approach, with one supporter stating: ‘Really enjoyed the experience of trying to get an @Arsenal ticket on their lovely ‘first come first served’ approach’, while another added: ‘Arsenal Box Office. I have missed you. I didn’t even want a ticket I just wanted the Arsenal box office to annoy me again, just for old times sake.’

Some however were fortunate enough to get their hands on tickets, and revelled in attending the first fixture at the club open to fans since the 1-0 victory against West Ham in March.

‘It’s been 9 months, nine very very very long months without going to a live Arsenal game,’ one fan tweeted. ‘Getting a ticket for next week means E V E R Y T H I N G to me.’

Another added: ‘Only bloody got a ticket to Arsenal vs Rapid! Not been so excited to go to a dead rubber for… ever?

One other supporter showed how meaningful a return will be, stating: ‘Looks like I have a ticket to go to the first Arsenal game with fans in over eight months. Bit emotional right now, we’re going home.’

Arsenal plan to run a ballot for tickets going forward, but that was – to the annoyance of some fans – not the case for Thursday’s affair.

The ‘first come, first served’ priority sale was for Gold and Premium Members who made their Initial Payment and registered for the ballot in September.

A ballot however will determine the 2,000 fans allowed to attend next week’s north London derby at the Tottenham Hotspur Stadium. 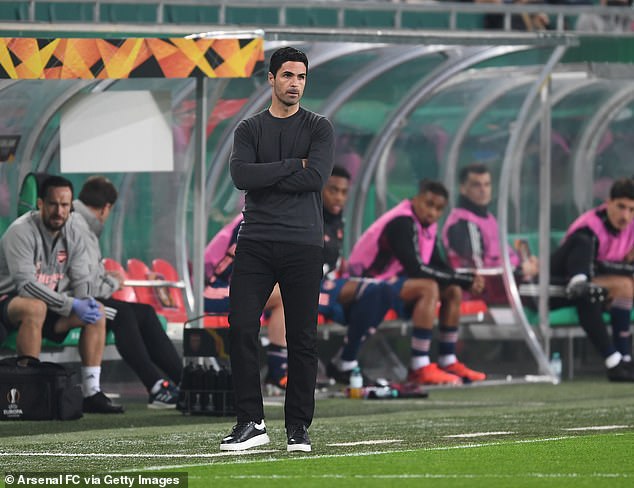 Johnson announces the launch of Corona vaccination centers that work around the clock, every day of the week