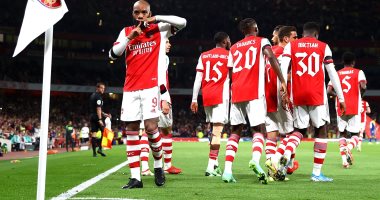 The Emirates Stadium will host a fiery confrontation between the English club Arsenal, professional in its Egyptian international ranks, Mohamed Elneny, and his guest, Tottenham Hotspur, in the north London derby, scheduled to be held at 5:30 pm Cairo time, at the top of the sixth round of the English Premier League competition. Premier League for the 2021-2022 season.

And the situation seems different between the two sides of the north London derby, as Tottenham made a strong start in the English Premier League this season, led by their new coach, Nuno Santo, topping the table after achieving the victory and the full mark in the first 3 rounds of the competition, before achieving disappointing results by falling in two consecutive games against Crystal Palace with three goals without a response, then Chelsea with the same result in the fifth round.

On the other hand, Arsenal, led by coach Mikel Arteta, regained its balance in the recent period after achieving the worst start in its history in the Premier League, as the Gunners won the last two matches in the competition after losing the first 3 matches.

Arsenal had recently qualified for the round of 16 of the English League Cup, after defeating its guest, Wimbledon, a second-tier club, by 3-0, in the match that brought them together on Wednesday evening at the Emirates Stadium, in the third round of the League Cup this season. 2021-2022.