Mikel Arteta’s side has suffered another injury blow as Thomas Partey was taken off at half-time against Aston Villa.

The £45million signing from Atletico Madrid was subbed off after sustaining what is thought to be thigh injury following his early chance against Emiliano Martinez.

The defensive midfielder was replaced by Dani Ceballos as Arsenal trailed 1-0 at the Emirates Stadium.

The severity of Partey’s injury is currently unclear, but he has since took his place among his teammates on the Arsenal bench. 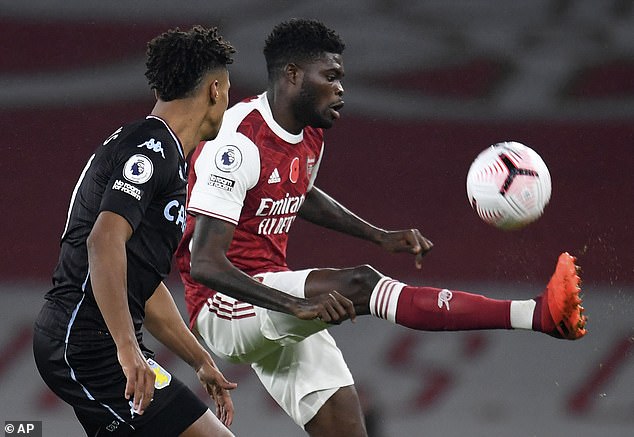