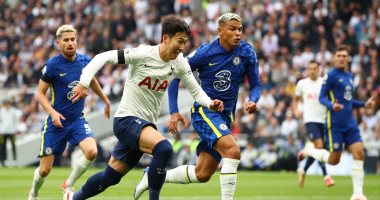 Tottenham reduced the difference against Arsenal 3-1, during the match that the two teams are currently meeting at the Emirates Stadium, the stronghold of the Gunners in the north London derby, at the top of the sixth round of the English Premier League competition.

The goal came in the 79th minute through the South Korean player Son Heung-min after a pass from Regilon.