By Bryant Hevesi and Kirsten Jelinek For Daily Mail Australia

An artist who painted a satirical mural which was used as an example of Covid-19 misinformation by Sacha Baron Cohen has mocked the actor with a new artwork.

The painting comes after Baron Cohen accused Facebook of spreading misinformation about Covid-19 in a Tweet featuring a Lushsux painting of Bill Gates holding a vaccine vial, prompting the artist to reply: ‘It’s a joke piece you dork.’

Lushsux’s new mural on a yellow background features Baron Cohen dressed in the suit Zuckerberg wore while giving testimony to the US Congress with the quote ‘Jagshemash how do you sleep at night?’ – a reference to the movie Borat. 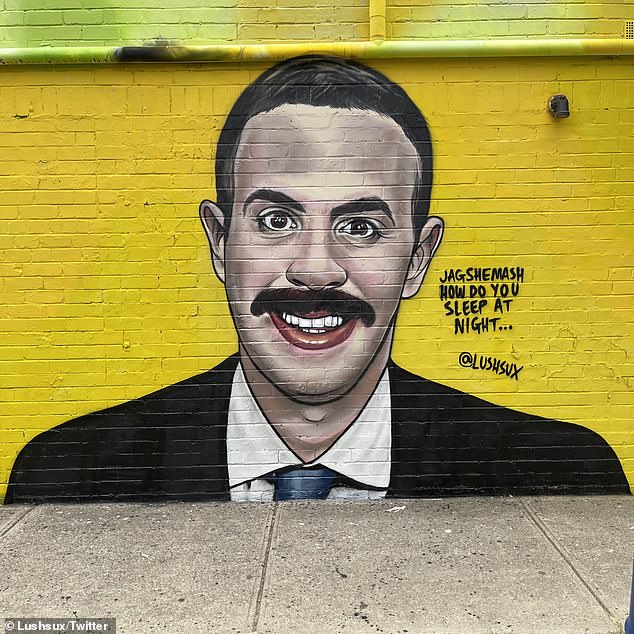 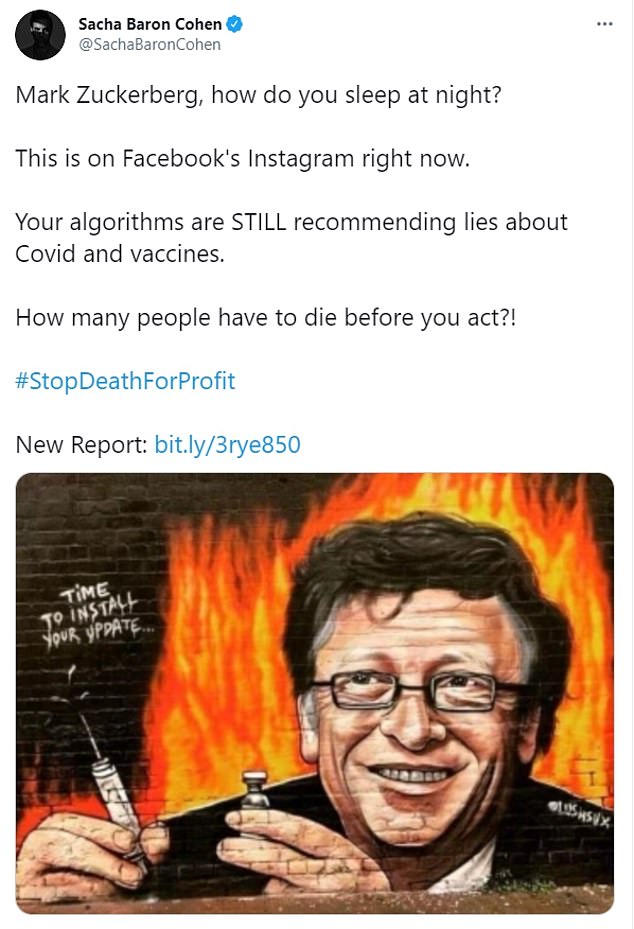 Lushsux posted the image on social media with the caption: ‘Vary nice Sacha week wa wa wee wa my wife say in my country there a no free speech, great success.’

The artist painted the original mural of Mr Gates holding a vaccine vial and a syringe along with the words ‘Time to install your update’ in September last year.

But the mural reappeared on Wednesday when Baron Cohen posted it on Twitter saying:  ‘Mark Zuckerberg, how do you sleep at night? This is on Facebook’s Instagram right now.

‘Your algorithms are STILL recommending lies about Covid and vaccines. How many people have to die before you act?!’

Lushsux, who has been described as Australia’s answer to Bansky, replied: ‘Hey, it’s a joke piece you dork’ and posted on Facebook it was ironic that Baron Cohen was unable to see the joke.

‘Funny how the guy who does satire for a living couldn’t spot a satire,’ Lushsux said. 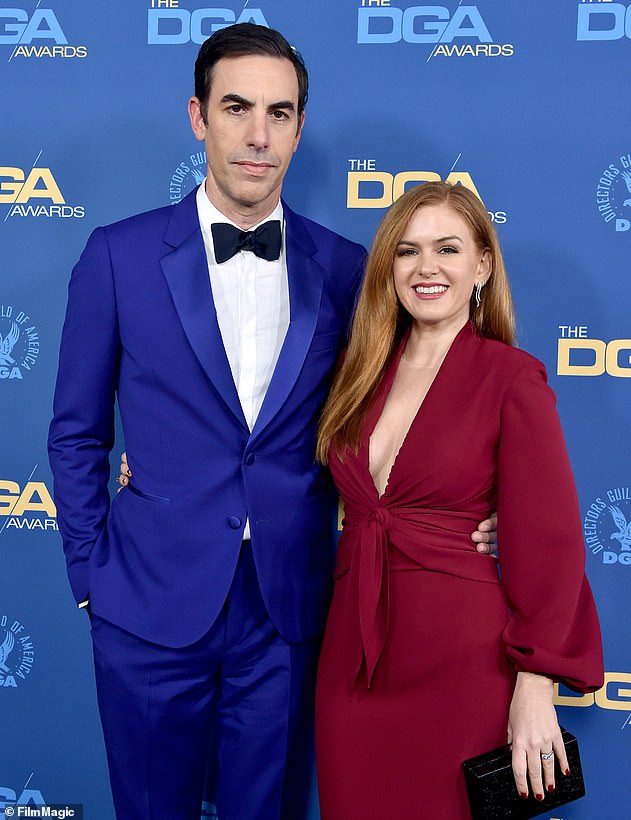 Baron Cohen’s followers were also to quick to point out the mural was a satirical piece that was not designed to spread conspiracy theories about Covid.

‘With all due respect, the artist of that mural is a jokester, the intention is not to spread Covid conspiracies. If you look at some of his other art it’ll make more sense,’ one person replied to Baron Cohen’s tweet.

Another said: ‘I generally agree with your FB position, but this seems benign and your outrage seems misplaced. Can we have no room for art, or satire? Come on. This is no different than Banksy, IMO. Should Banksy be banned from FB/IG?’

Lushsux is no stranger to attracting the ire of celebrities.

Last year he sparked a feud with rapper 50 Cent after using the rapper’s image in a series of tongue-in-cheek street pieces, include ‘Swifty Cent’, showing the American as pop singer Taylor Swift.

The controversial artworks, which popped up around Melbourne, prompted 50 Cent to tell his 11.8 million Twitter followers he wanted to ‘hit him in the back of the head’.

The rapper posted one of Lushsux’s pictures, writing: ‘This guy need a ass whoopin’ bad, he still doing this s**t.’

Lushsux later ended up in hospital after being being attacked in the street.

‘Unfortunately some six or seven smoothebrains at one time on the street already put me in hospital already this month because of this s**t,’ Lushsux said at the time.

‘I don’t like to bring up all the bad stuff I have to deal with just to paint.’

The attack came just three weeks after 50 Cent told his millions of online followers he wanted to bash the artist. 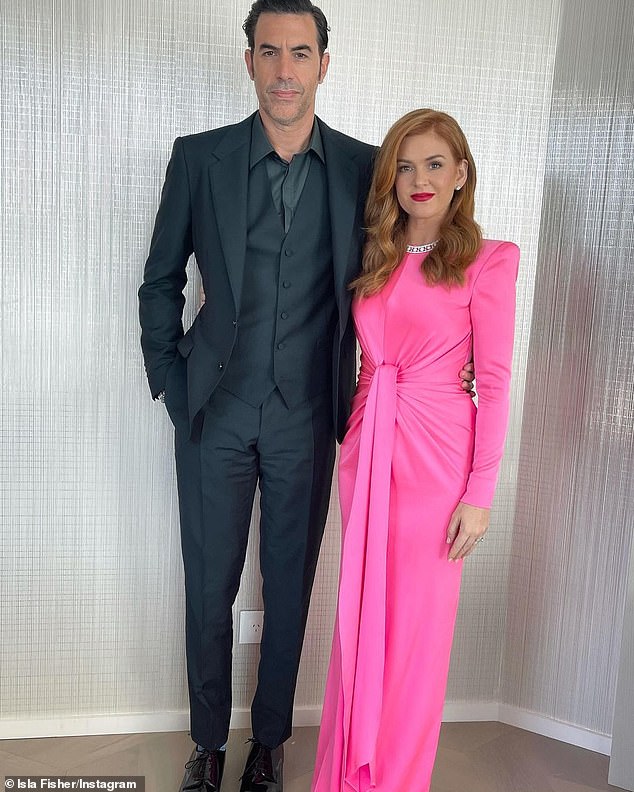 Israeli media: Netanyahu may cancel his visit to the Emirates due to his wife's ill health