‘I don’t like to see Trent playing as a wing back’: Ashley Cole says Alexander-Arnold ‘is better suited playing deeper’ after the Liverpool man struggled to hit top form in England’s win over Belgium

Gareth Southgate is still tinkering with England’s system, especially at the back, and not everyone is happy with the personnel he has in defence, despite a huge win over Belgium on Sunday.

Speaking on Sky Sports after the game, former England man Ashley Cole said he believes Trent Alexander-Arnold should not be playing as the team’s left wing back.

‘I don’t like to see him playing as a wing back,’ said Cole. ‘He’s better suited playing from deeper and arriving into areas. 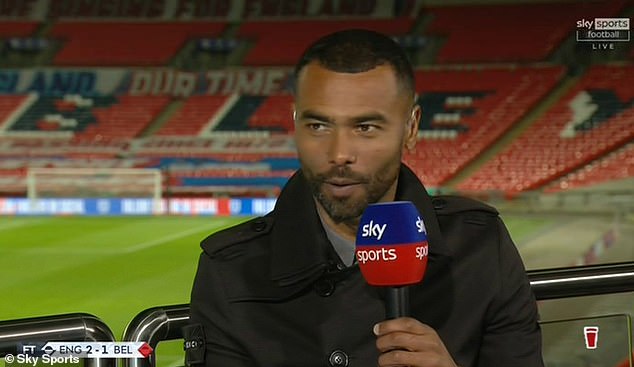 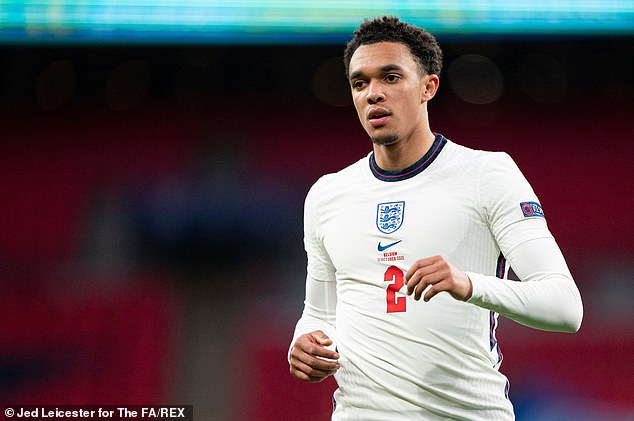 ‘With him coming into that space you start to see his range of crosses and passing. He did most of his work chasing the left wing-back trying to get in behind him, which I don’t think suits him.’

Alexander-Arnold is no doubt one of England’s best full backs, as he has shown over the past few years in a Liverpool shirt.

The 22-year-old already has eight goals and 36 assists in 138 appearances for the Reds, but hasn’t hit quite the same heights in big games for England yet. 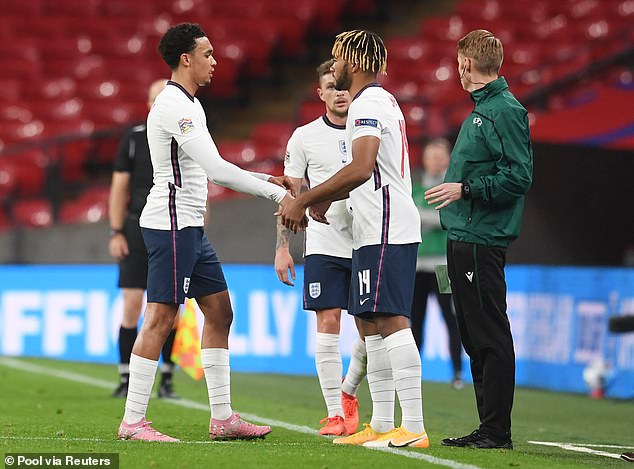 Alexander-Arnold appeared subdued in England’s win over Belgium, and was substituted

On Sunday against Belgium, he appeared subdued as he was still unable to replicate that Liverpool form before being substituted for Reece James.

England struggled overall in the first half against Belgium, going behind thanks to a penalty that Romelu Lukaku won after a clumsy challenge from Eric Dier.

However, England got back into the game with a penalty of their own, and a lucky deflected effort from Mason Mount ended up being the match winner in a second half where England were much improved.