Asian qualifiers for the World Cup.. Saudi Arabia against Vietnam and Syria against Iran 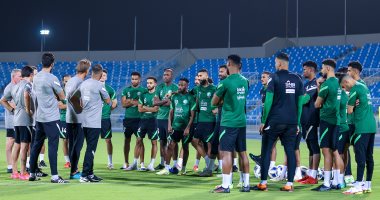 Today, Thursday, the final round of the Asian qualifiers for the 2022 World Cup will start, with 12 teams competing to reserve 4 and a half cards. Supplement competitions.

The Saudi team will host its counterpart Vietnam at the “Mrsoul Park” stadium in the capital, Riyadh, in the second group matches, at eight in the evening, in an important match for the Saudi team led by French coach Herve Renard.

In the same group, the teams of Australia and China will meet in the Qatari capital, Doha, at eight in the evening, while the Japanese team will host its Omani counterpart at twelve and a quarter in the afternoon.

As for the first group, the UAE national team will host its Lebanese counterpart, at 7:00 pm, at Zabeel Stadium in Al Wasl Club.

South Korea will also meet Iraq at 1:00 pm at the Seoul World Cup Stadium, and Syria will be a guest of Iran at 6:00 pm.

'He was fooled in worst and most deadly way possible': Chad Daybell's children defend their father