Aston Martin driven by Princess Margaret to sell at auction for £1.7m


If cars could talk, this one would surely have plenty of stories to tell.

That’s because this 1964 Aston Martin DB5 convertible has a logbook full of A-list former keepers. It was first registered to the late actor and comedy great Peter Sellers, followed by Lord Snowdon, society photographer and husband of HRH Princess Margaret, and subsequently his son, Viscount Linley – before being bought by former Top Gear host and millionaire, Chris Evans.

In a month’s time it will be offered to the highest bidder, with the drop-top Aston featuring at a UK auction with a guide price of between £1.3million and £1.7million. 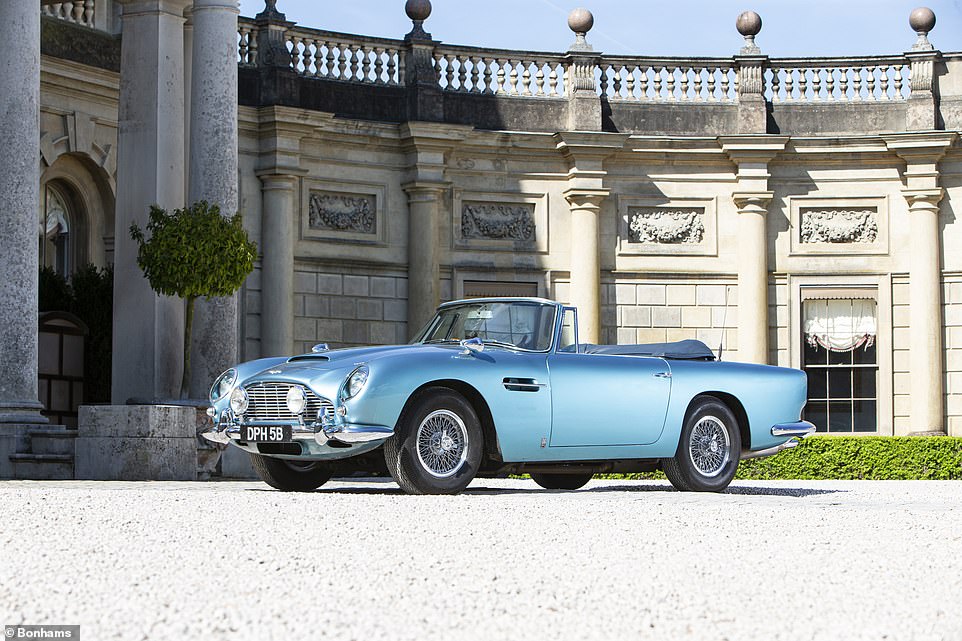 If cars could talk… This 1964 Aston Martin has a host of A-list former owners. It was first bought by Peter Sellers before he sold it to his good friend Lord Snowdon just a few years later. It’s now being offered to the highest bidder at a UK auction

The car was originally bought by Sellers in the year it came off the production at a time when the film star’s career was at a peak in the wake of box office hit films such as The Pink Panther and Dr. Strangelove.

Sellers was a well-known motor car aficionado and had a particular penchant for Aston Martins – with this particular model catching the eye of the silver-screen star.

Designed by Carrozzeria Touring Superleggerra, the Caribbean Pearl Blue convertible was one of only 123 soft-top variants of the iconic DB5 ever produced.

At its time it was one of the fastest road cars well-heeled motorists could buy.

Under the bonnet is a 282bhp 4.0-litre straight-six engine, mated to a state-of-the-art five-speed ZF manual gearbox.

It was reportedly capable of a 145mph top speed in its heyday – though the next owner will likely consider it too precious to find out if that is still the case today. 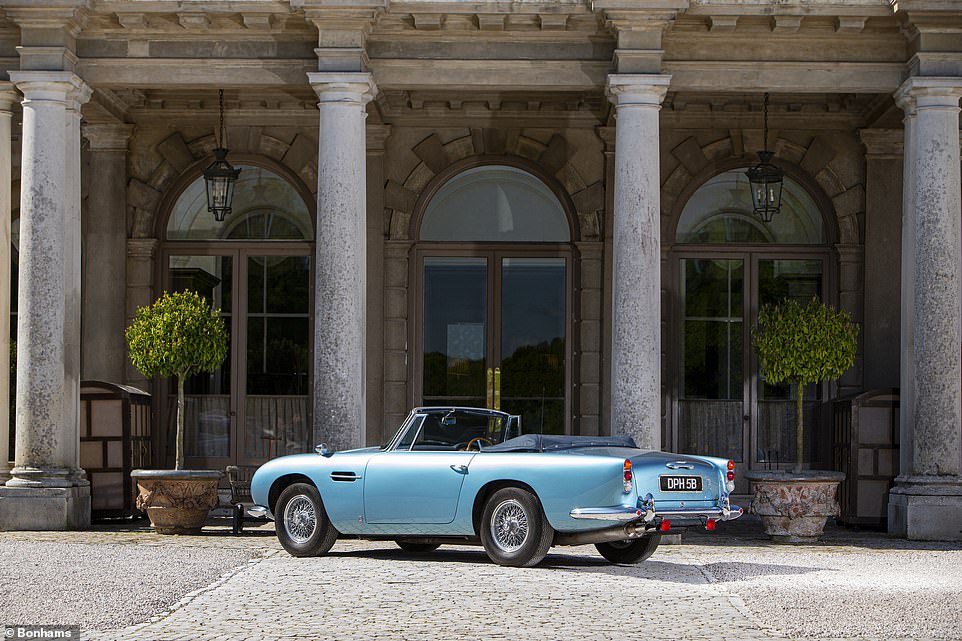 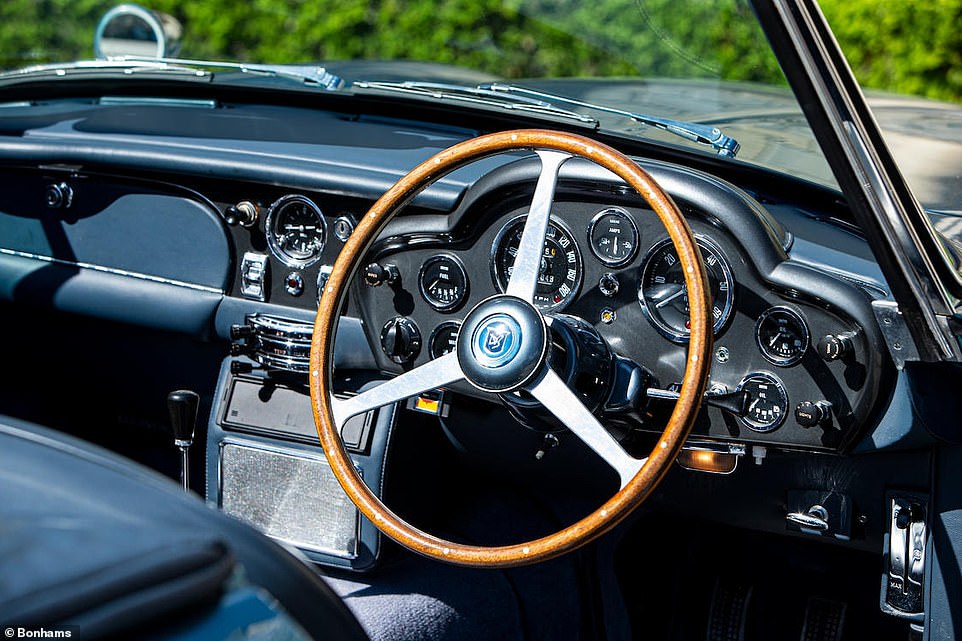 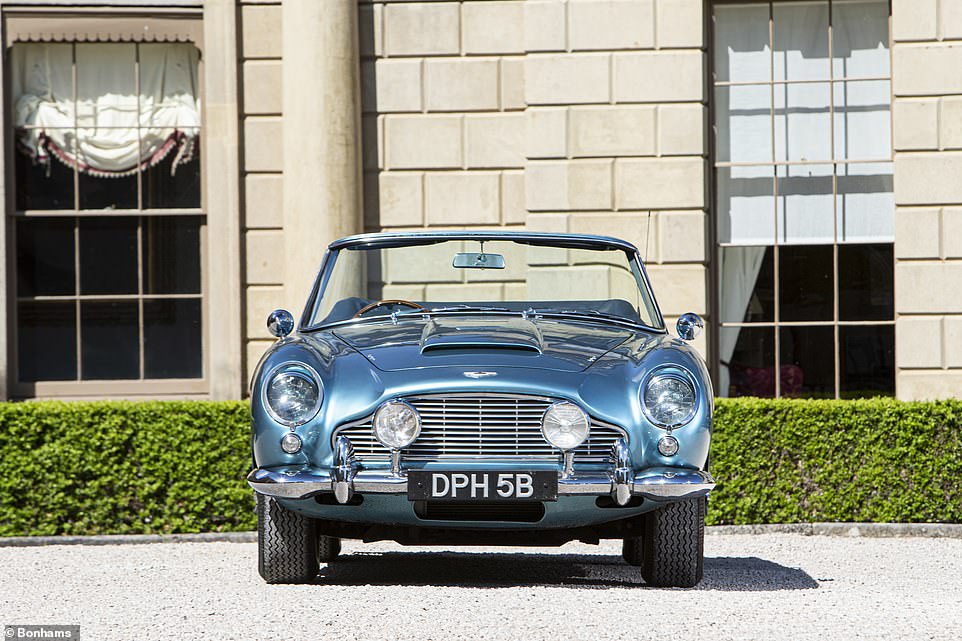 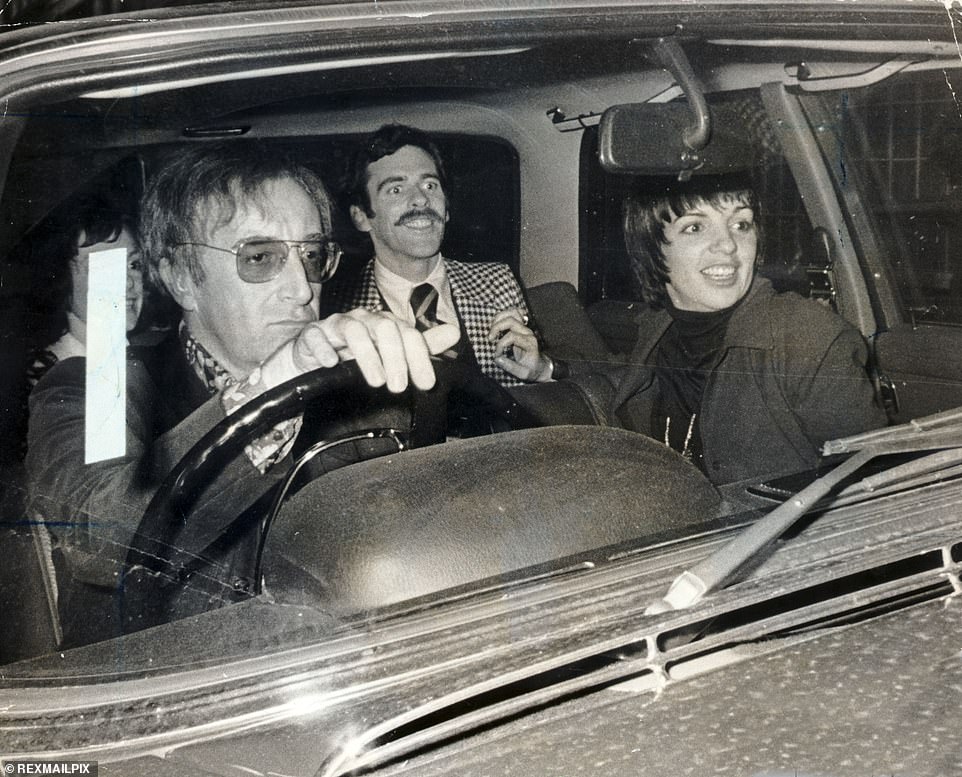 Late actor and comedy great Peter Sellers (driving) was the first owner of the Aston Martin, buying it from new in 1964. Here he is pictured driving Liza Minnelli to Kensington in his Mercedes-Benz

Optional features selected by the actor included fog lamps, cigar lighter, a dark blue hood and cover, and non-standard chrome Roadwheels and – the height of technology for the time – a wireless Motorola radio car telephone.

All the extra-cost additions were noted on the original Aston Martin bill of sale recording Peter Sellers as the buyer, a copy of which is offered with the motor car.

Sellers was notorious for frequently updating his sizable car collection and so it would not have been difficult for his friend Lord Snowdon, who had admired the DB5, to persuade the actor to sell it to him in the late 1960s, says Bonhams, which is due to sell the car next month.

Images suggest the car was bought by Lord Snowdon a year after Sellers took delivery, with pictures of HRH Princess Margaret’s husband driving the Aston Martin in July 1965. 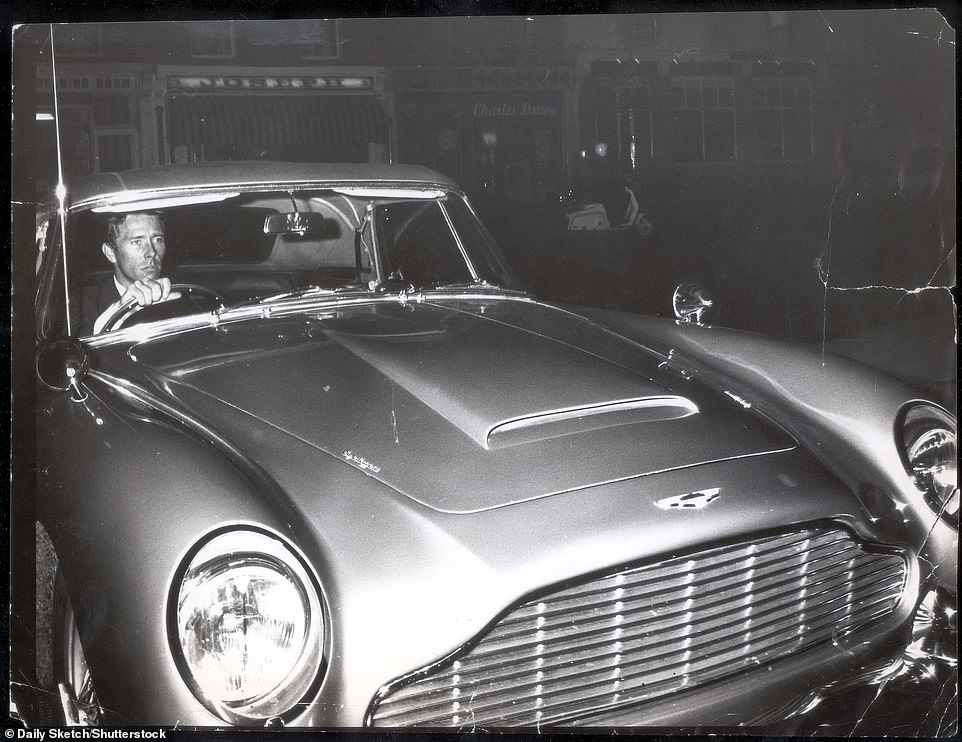 Lord Snowdon pictured at the wheel of the same Aston Martin he bought from Peter Sellers. The photo was taken in September 1965, suggesting Sellers only kept the car for a matter of months 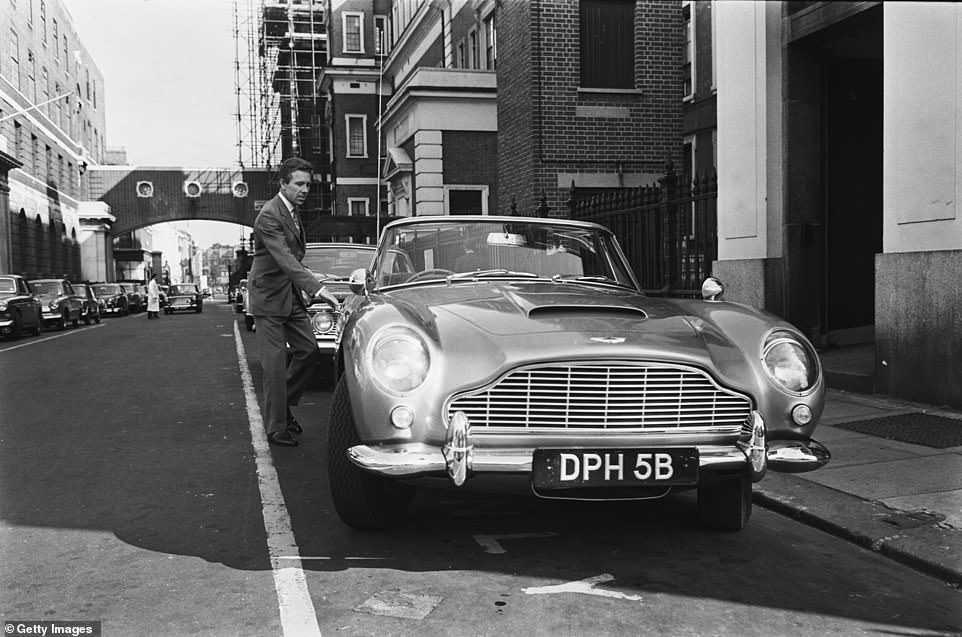 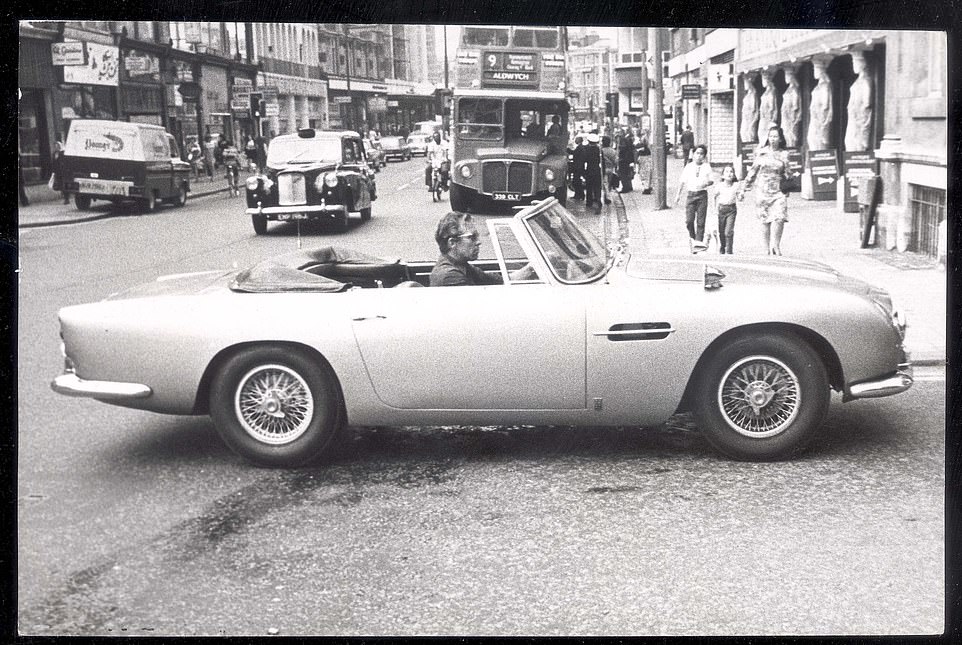 During his custodianship, the Earl drove the DB5 to Prague, although he was a more familiar sight cruising around Chelsea, Mayfair and Soho.

The auction house says there are claims that the DB5’s boot was used to smuggle Lady Jacqueline Rufus Isaacs, daughter of the Marquis and Marchioness of Reading, away from his country house when the Princess returned home unexpectedly one evening.

Rather more prosaically, the four-seater was also pressed into service as a family car.

The former Viscount Linley (the Second Earl of Snowdon) once recalled the family journeys: ‘We always had the windows down so my mother could smoke her cigarettes.’ 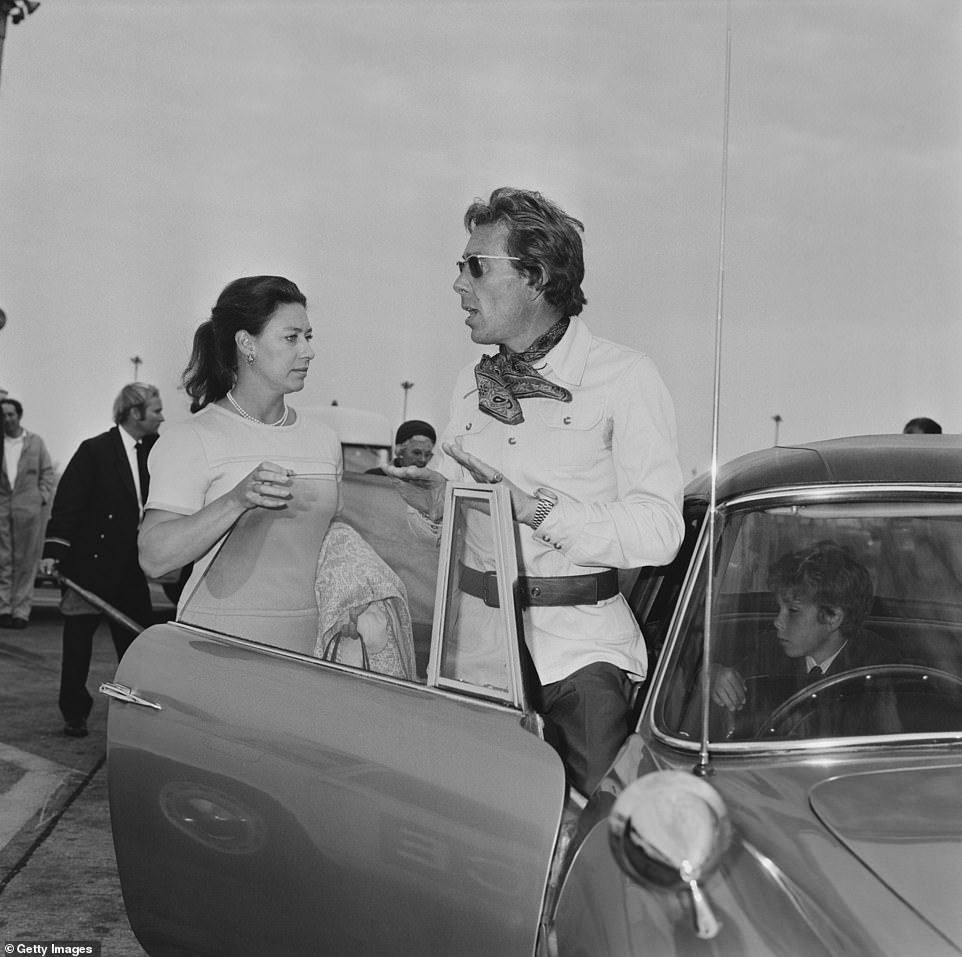 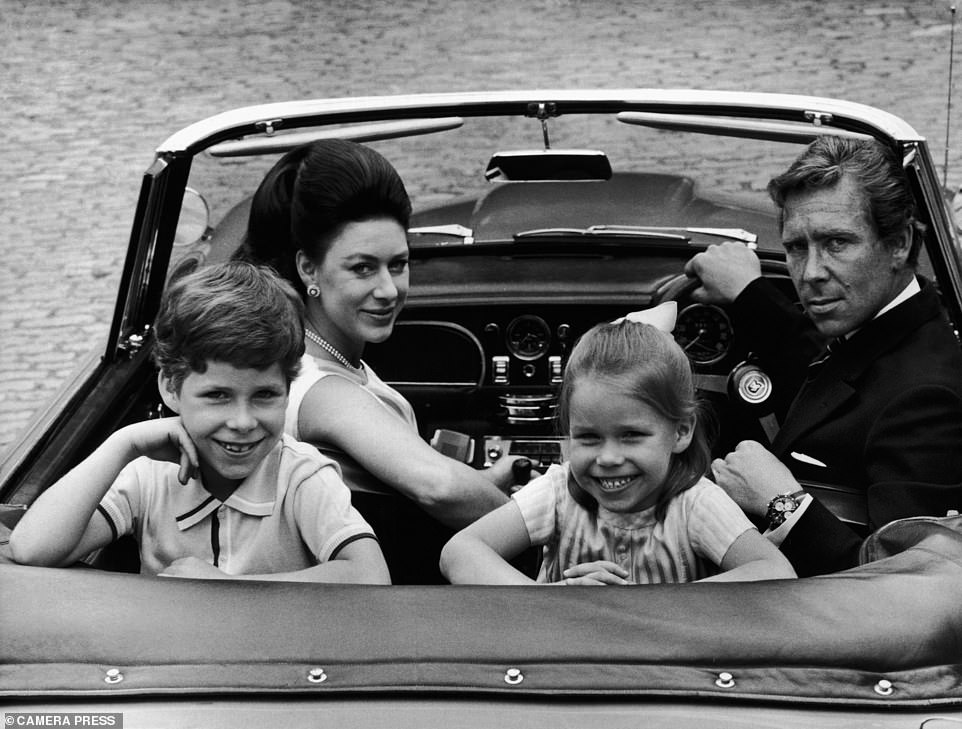 To the young Viscount, the DB5 was of course a symbol of the cinematic James Bond, driven by actor Sean Connery on the silver screen.

He later commented: ‘I had the Corgi car, and my father had the real thing. It even had a special gadget – the very first car phone in Britain. It worked a bit like a walkie-talkie; you clicked a button twice and got through to the exchange.’

Following a few years on display at the National Motoring Museum at Beaulieu, the DB5 was passed from father to son in 1986 to mark the latter’s 25th birthday.

Rather than keep it in the museum as advised, the second Earl, who was living in London at the time, fitted a series of heat-deflecting panels in the footwells to cope with modern traffic and even drove the car to Italy. 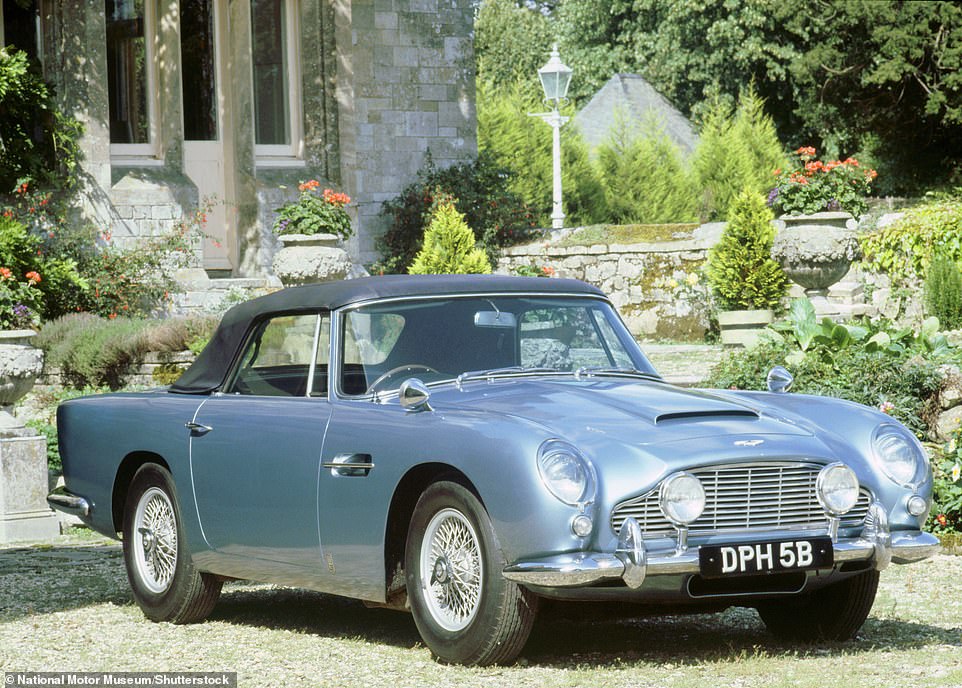 The Aston Martin featured in a display at the National Motoring Museum at Beaulieu for years before the DB5 was passed from Lord Snowdon to his son, Viscount Linley, in 1986 to mark the latter’s 25th birthday 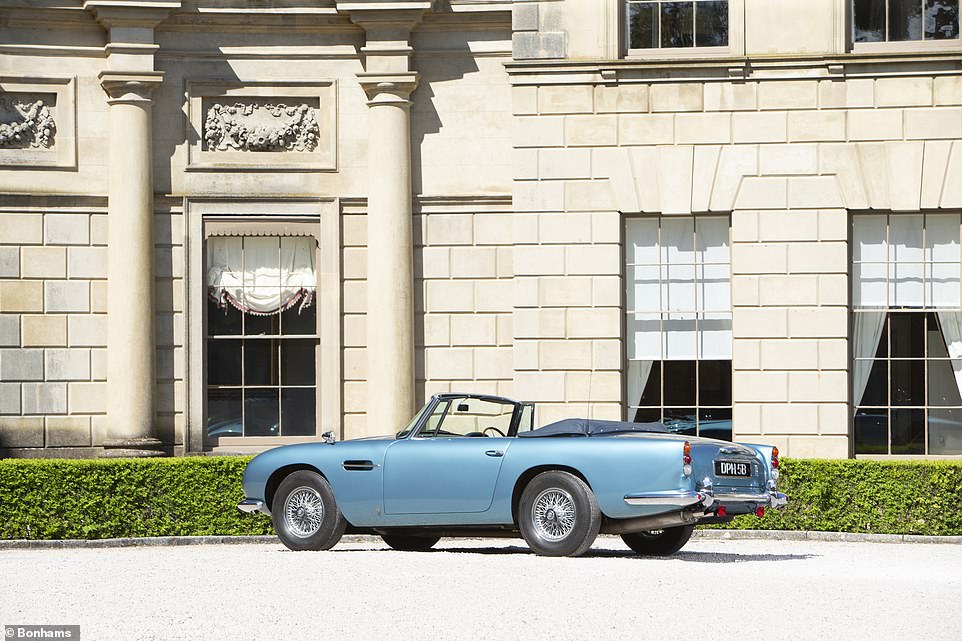 Under the bonnet of the Aston Martin is a 282bhp 4.0-litre straight-six engine, mated to a state-of-the-art five-speed ZF manual gearbox 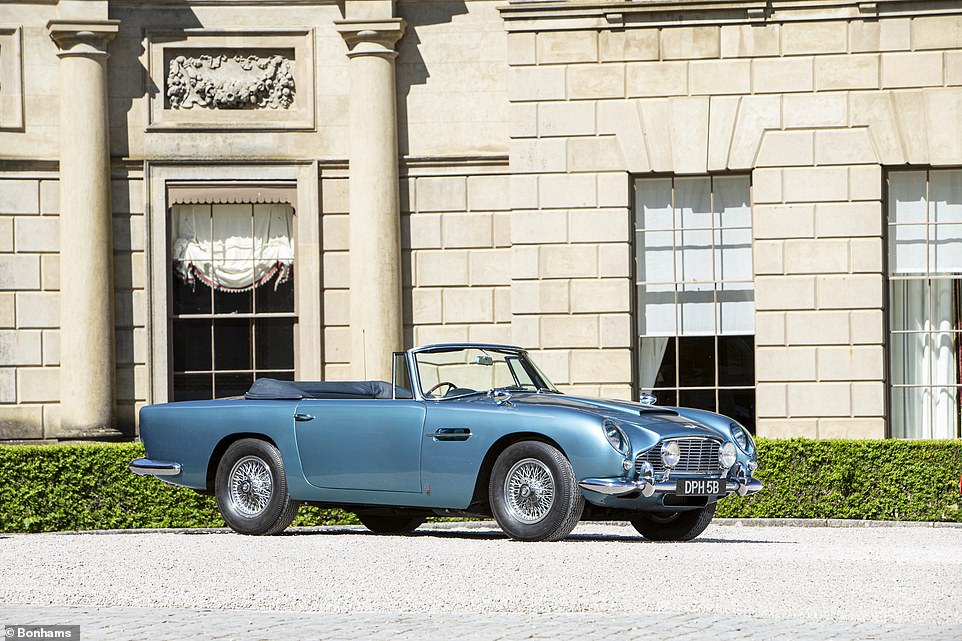 The stunning Aston Martin was reportedly capable of a 145mph top speed in its heyday – though the next owner will likely consider it too precious to find out.

The DB5 was maintained and rebuilt several times by Aston Martin Works Service, where it would be parked next to the DB6 of his cousin, The Prince of Wales.

However, after more than 30 years’ family ownership, the DB5 was sold by the second Earl, as ‘the pain and pleasure of owning a classic vehicle mounted up.’

The current vendor is understood to be former Top Gear host Chris Evans, who was pictured driving the car in a Mail on Sunday interview shortly after being announced as the new front man of the motoring show in 2015 when Jeremy Clarkson, Richard Hammond and James May left the BBC hit program to setup The Grand Tour with Amazon Prime.

In Evans’ cherished ownership for over ten years, the car has contributed to having helped raise millions for UK children’s charities, via countless tours and appearances. 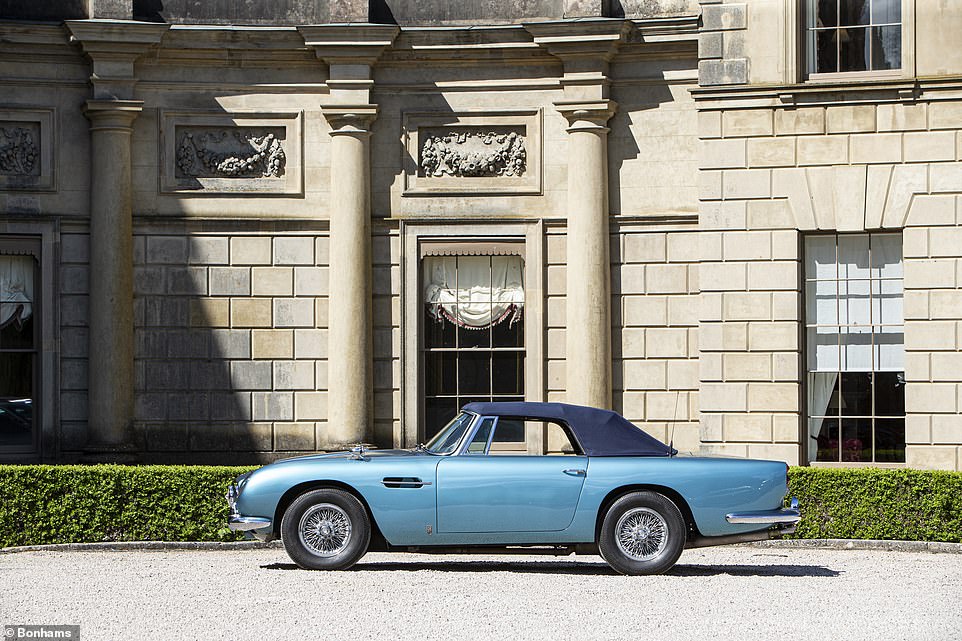 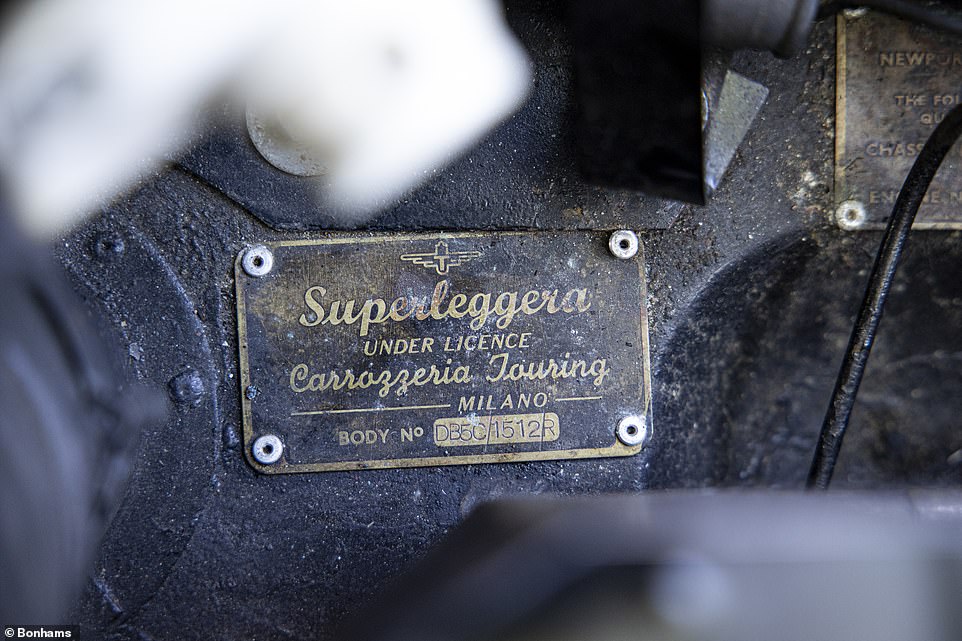 Sholto Gilbertson, director of Bonhams Motor Cars UK, said: ‘If ever a car defined an era, this DB5 is surely on the shortlist.

‘Not only was it one of the most desirable and thoroughbred sportscars of its day but it has an extraordinary provenance being owned by the crème de la crème of the 1960s.

‘This is a fitting star for our first sale at the Festival of Speed for two years.

‘We are greatly looking forward to hosting a live auction again at our second home and welcoming our Goodwood friends and clients back to the Bonhams saleroom.’

The car will be offered to the highest bidder at the Bonhams Festival of Speed Sale at the Goodwood event on Friday 9 July, with bids accepted from clients in the room (respecting social distancing and all local Covid-related guidelines) and via livestream.

The Fate of Cardano Price and Altcoins Amidst the Market Correction! 2021

Schoolgirl, 16, is allegedly violently raped at a party

Covid: What do under-30s need to know about the vaccine?

First batches of coronavirus vaccine arrive at hospital near London