There will be no return to Wembley in the Carabao Cup for Aston Villa this season after Sam Vokes’ first-half header sent Championship club Stoke into the quarter-finals.

Dean Smith’s side were beaten in last year’s final by Manchester City and would have been confident of progressing to the last eight when they were drawn at home to a team from the second tier.

But the visitors claimed a deserved victory and put the brakes on Villa’s flying start to the season, which had produced four wins from their opening four matches. It was Stoke’s second Premier League scalp of the competition after they also beat Wolves at Molineux in the second round, and Vokes could have had a hat-trick here. 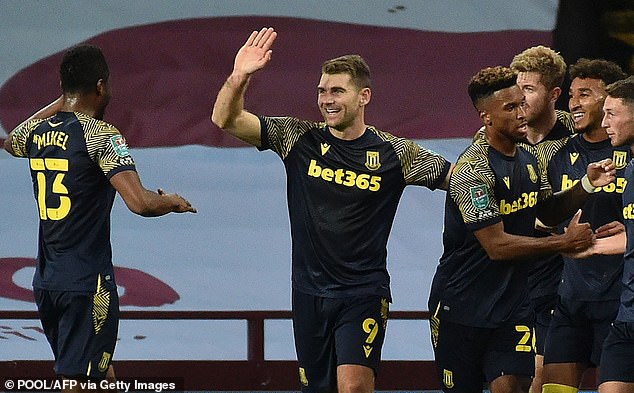 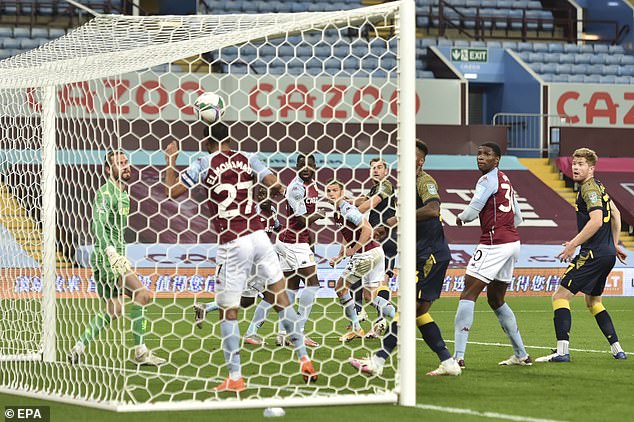 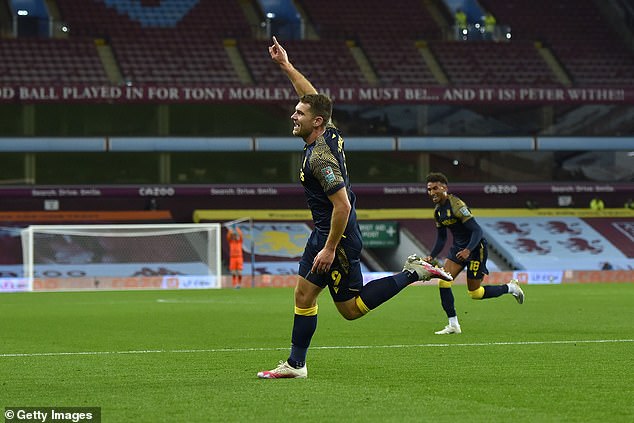 ‘It’s a massive missed opportunity for us, and I said that to the players,’ said Smith. ‘I don’t get into them very often at half-time but I did here as we were so poor in the first half.

‘But we still had two tap-ins that we didn’t convert and we should have had a penalty in the second half when Ollie Watkins went down. It’s an opportunity we’ve missed.’

As they did in last week’s 3-0 win at Bristol City, Villa changed their entire starting XI but unlike at Ashton Gate, they could not make a swift impact against a Championship side.

Stoke defended diligently and attacked cleverly, with wing-backs Jacob Brown and Josh Tymon a constant threat. From one such raid Tymon burst down the left and Vokes headed the cross wide from a central position with no Villa defender near him.

The next time, though, Vokes made Villa pay. The Wales international’s run was unchecked as he glided towards the near post in the 26th minute and headed Jordan Thompson’s corner into the roof of the net, despite Ahmed Elmohamady’s attempt to clear it off the line.

Stoke had earned the corner when Jed Steer did brilliantly to palm over Nick Powell’s first-time shot from close range, but Villa’s reserve ‘keeper could do nothing about the goal. 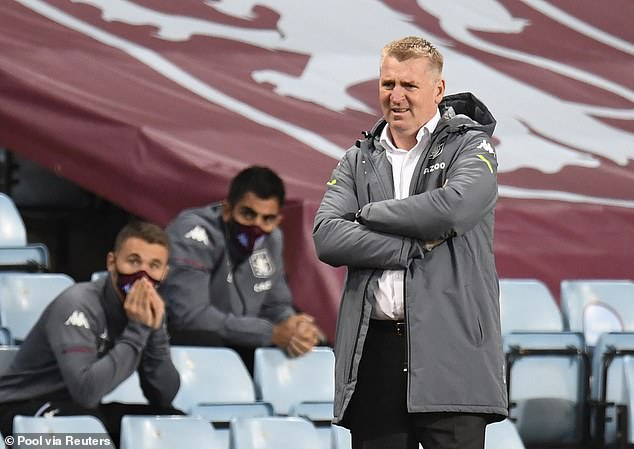 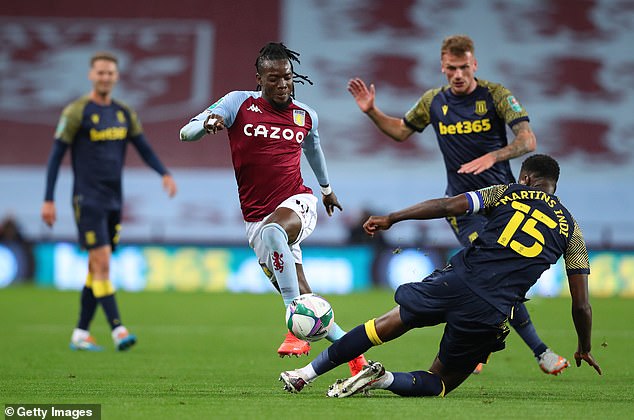 Davis himself should have done much better shortly before half-time when he slid to connect with Anwar El-Ghazi’s pull-back but could only steer the ball wide of the far post.

Luckily for Villa, Powell was similarly wasteful soon afterwards with a right-foot effort from Brown’s cross that did not trouble Steer.

Villa continued to look vulnerable in wide positions after the break. Guilbert did not do enough to stop Tymon crossing for Vokes at the far post, and once again the centre-forward directed his header off target. The home side were no better in attack, however. 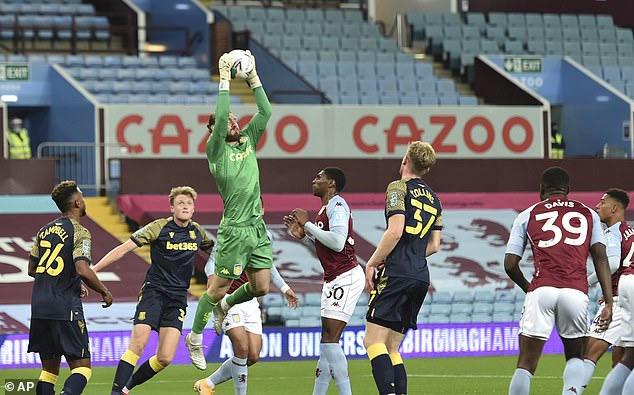 Had El Ghazi opted to slide, he would surely have converted Davis’ low cross at the far post. Midway through the second half, the Dutchman again tried to equalise when he wriggled free inside the box and drew a smart save from Adam Davies.

Villa boss Dean Smith had seen enough and he sent on £33million record signing Watkins with 20 minutes remaining and the striker almost made the perfect entrance, forcing Davies into a flying save with a 25-yard drive.

Watkins demanded a penalty with seven minutes remaining when he tumbled after colliding with the impressive Nathan Collins, but the Stoke man was given the benefit of the doubt. In stoppage time, Villa even sent up Steer for a corner but Stoke survived and marched through. ‘Everything they brought as us, we handled it well,’ said Potters boss O’Neill. 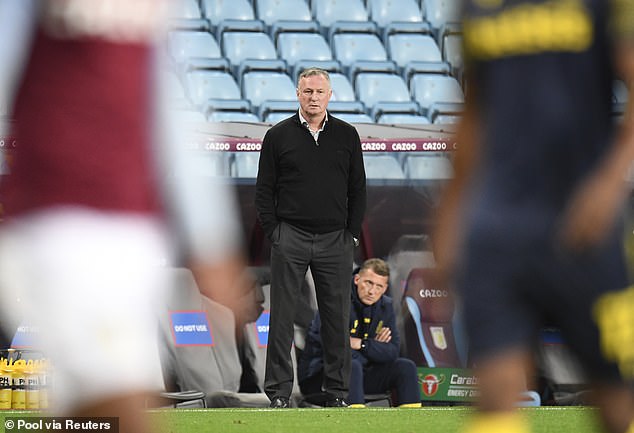