‘It will be a special day in Egypt’: Aston Villa’s home Premier League clash against Liverpool will bring the country to a halt as two of the their top stars – Mohamed Salah and Mahmoud Trezeguet – go head to head

At 8.15pm local time on Sunday, Egypt‘s footballing public will settle in front of their screens to watch two of the country’s top stars in one of the most intriguing battles of the season so far.

Mohamed Salah has become a global superstar thanks to his achievements at Liverpool yet his close friend Mahmoud Trezeguet, the Aston Villa winger, is similarly revered in his home country.

The pair are in regular contact and have been in touch this week during the build-up to the game as Trezeguet hopes to repeat his efforts against Liverpool at Villa Park last season, albeit with a different outcome. 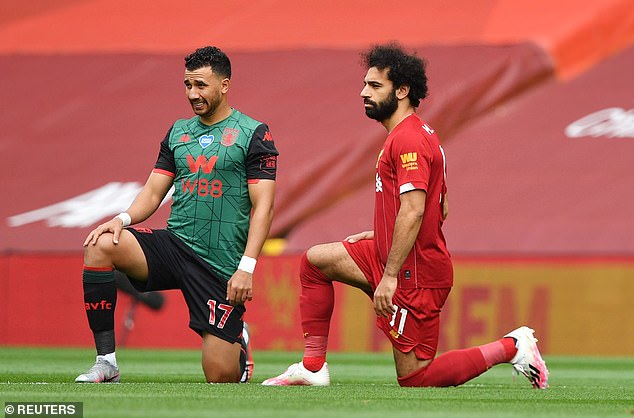 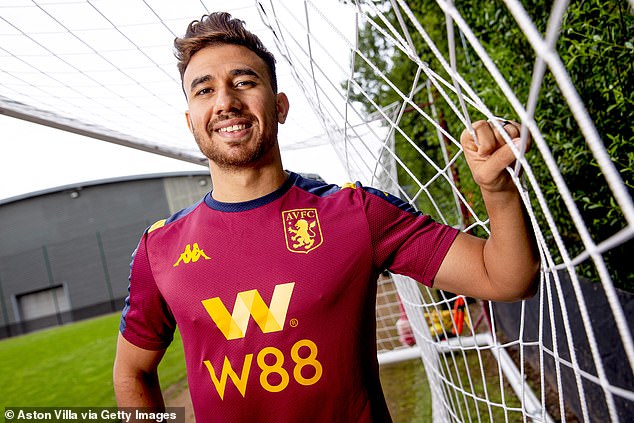 The winger’s first-half goal had put Dean Smith’s team on course for a famous victory last November, only for late goals from Andy Robertson and Sadio Mane to turn the result around.

‘It will be a special day in Egypt,’ Trezeguet told Sportsmail. ‘I have played in the national team with Salah for seven years. I play left, he plays right and we reached the final of the African Nations Cup in 2017 and played in the World Cup together the following year.

‘It will be a hard game because of what Liverpool have achieved but we are ready. We are ready to do something good for Aston Villa. We have a strong team now, we’ve learned from last year and this year I believe we can do something important this season.

‘Salah and I are good friends. We used to meet in London especially when we have time off; we’ll go perhaps for dinner together, along with (Arsenal’s) Mohamed Elneny, (West Brom’s) Ahmed Hegazi and (Villa team-mate) Ahmed Elmohamady. 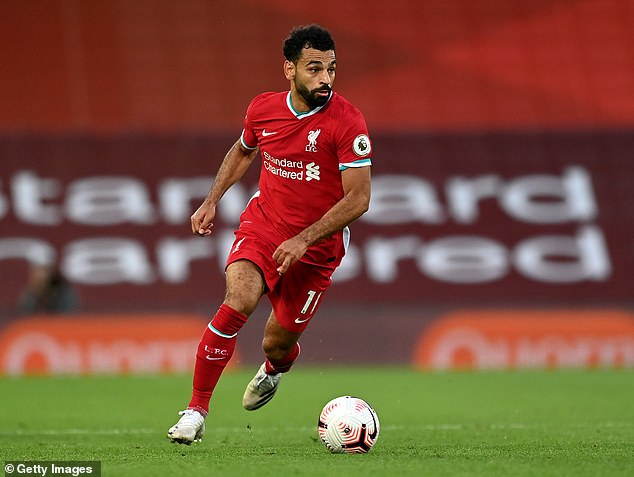 ‘We are all good friends, not just colleagues. We know each other’s families, we know everything about each other.

‘I’m sure we’ll speak before this game but we don’t talk about it. We’ll just joke, discuss other things. Anything to take the pressure off.

‘I speak regularly to Mohamed Aboutrika, who was one of the best players Egypt has ever produced. He always calls me before games and tells me that the Egyptian people are looking to Salah and me, and the others based in Europe. He says we have to do something good for them, not just for ourselves.’

Trezeguet’s real name is Mahmoud Hassan but he still uses the nickname given to him by his academy coach at Cairo giants Al-Ahly, because of a physical likeness to former France and Juventus striker David Trezeguet — and a goalscoring record at youth level to match. 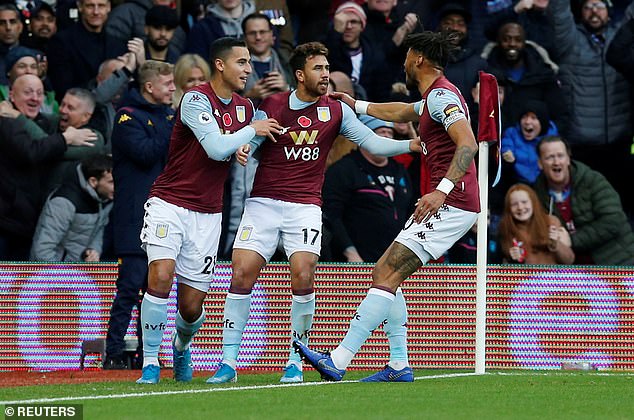 He arrived at Villa from Turkish club Kasimpasa in the summer of 2019 after the club spent more than £140million across two transfer windows following promotion.

In the end, Trezeguet made a decisive impact, scoring three times in two games against Crystal Palace and Arsenal to deliver two victories that made the difference between survival and relegation.

He has retained his place in the team this season despite the arrival of £19m winger Bertrand Traore from Lyon, and attributes his improvement to the work he did during lockdown.

‘When we didn’t have training or anything to do, I was running in the street every day,’ he revealed. ‘When I could, I came to the training ground on my own and I worked every day.

‘It was a very hard time — three months in my apartment, not being able to go back to Egypt to see my mother, my brother, my sister.

‘But I told myself I had a dream and I had to work here, and I told myself: ‘My family time will come’. Luckily, my wife and son are here with me.

‘It’s hard when you have a long time without training but because of this I was successful last year. Even when we didn’t know whether the league would restart, I told myself to work every day and that I would have the rewards later.

‘I am always training. Even at the end of the season, I took two days off then went back to Egypt and started training again.

‘I would wake up at 8am, before all my family, to run on the beach and then work in the gym.

‘If I don’t feel I’ve trained well, I can’t eat or sleep well. Every day I have to work well to be able to tell myself that I deserve to eat and have a good time.’