Asylum seekers housed in a ‘squalid and unsafe’ Kent barracks where 200 caught Covid and seven attempted suicide face an ‘exceptionally high risk to life’ should they remain there, the High Court has heard.

The Napier Barracks in Folkestone, Kent has been used to accommodate hundreds of asylum seekers since last September, despite the Home Office being warned by Public Health England that it was unsuitable.

Six asylum seekers previously housed at the barracks, all of whom are said to be ‘victims of either torture or human trafficking or both’, say conditions are ‘appalling’, with no mental health support and just one nurse on site.

At the start of a two-day hearing on Wednesday, lawyers representing the six men said accommodating asylum seekers at the barracks was a breach of their human rights and could amount to false imprisonment.

Riot police were called out to the barracks on January 29 after a fire broke out causing ‘significant damage’ to the 100-year-old site. Fourteen people were arrested following the disturbance.

More than 45,000 people have called for the camp, where numerous protests have been held, to be closed in a petition – just as the Penally camp in Wales was closed last month. 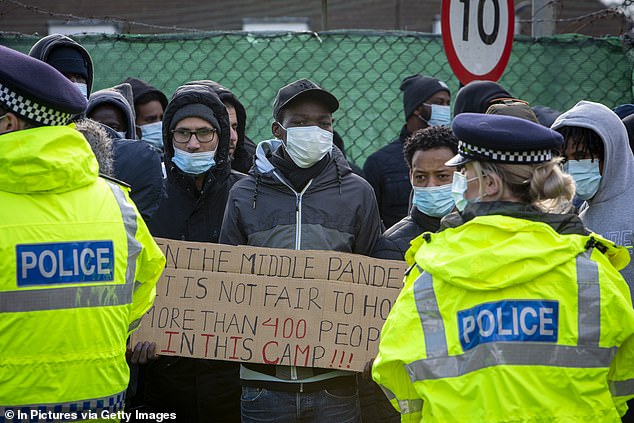 Almost 200 people tested positive for coronavirus during an outbreak at the Kent barracks in January and February, which one NHS official who visited Napier said was ‘inevitable’ given the conditions at the site, the court heard.

In November footage taken at Napier Barracks showed crowds shouting ‘we want freedom’ at the fence.

Footage recorded by an onlooker shows the group hit and pull at the barrier while officers watch from the other side.

Lawyers for the six refugees also argue the Home Office failed to put in place a process to prevent ‘particularly vulnerable asylum seekers’ being accommodated at the barracks. 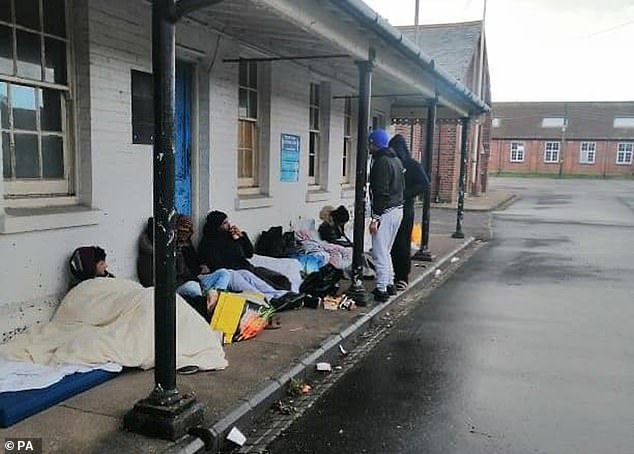 Hundreds of migrants have stayed at the barracks since it was reopened in September, but asylum seekers say slammed conditions, saying there is no mental health support and just one nurse on site

Opening the claimants’ case at the Royal Courts of Justice in London, Tom Hickman QC – representing four of the six men – said: ‘The camp was squalid, ill-equipped, lacking in personal privacy and, most fundamentally of all, unsafe.

‘Those moved there, including the claimants, were exposed to conditions that had serious detrimental impacts on their mental health and, indeed, their physical health, in contracting Covid-19.

‘In terms of the Covid-19 situation, it is no exaggeration to say that moving the claimants and other people to the barracks exposed them to an exceptionally high risk.’

Mr Hickman told the court that ’45 people or thereabouts were moved into the barracks last week’, adding that ‘it appears to be the intention to gradually refill the camp’.

He also said that there had been ‘seven suicide attempts (and) seven serious incidents of self-harm’ at the barracks since it had been in use.

In written submissions, Mr Hickman said Public Health England told the Home Office in September that the barracks was not suitable and that, if there was a Covid-19 outbreak at the site, ‘the fallout would be significant’.

He said asylum seekers were housed in groups of 14 ‘in a single dormitory, sharing washing and toilet facilities with 14 other persons’. 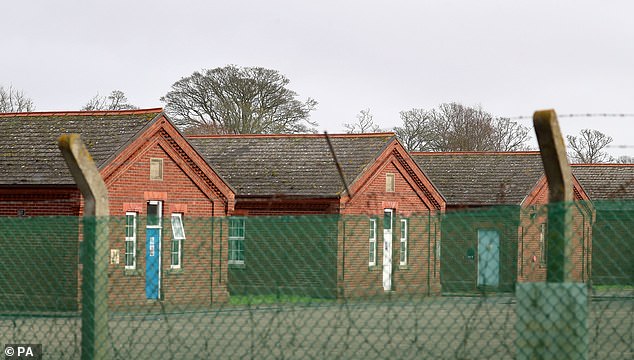 Napier Barracks is more than 100 years old and is based on Kent’s south coast. Between January and February nearly 200 people caught Covid-19 at the site

This meant that, once coronavirus broke out at the barracks, ‘all residents were exposed, increasing the risk already inherent in the accommodation’, Mr Hickman said.

He added: ‘There is no evidence that either the second national lockdown in November or the subsequent discovery of the ‘Kent variant’ which led to a third national lockdown prompted reconsideration of the compatibility of the use of the barracks.’

Mr Hickman also said that ‘it is apparent from the Home Office’s evidence that a number of alternatives to barracks accommodation were considered and proposed to ministers as potential options’.

But, he added, ‘the decision not to adopt alternatives was essentially political, not driven by necessity’. 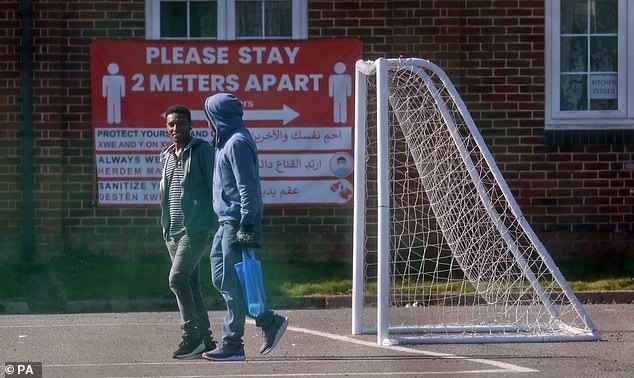 The Home Office argues that housing asylum seekers at Napier Barracks is lawful. Last month migrants won their fight to be removed from another ex-army camp in Wales

Mr Hickman said the barracks, which is more than 100 years old and was previously used by the Ministry of Defence as temporary accommodation for soldiers, was ‘inappropriate for asylum seekers’.

He said the site was ‘overcrowded and felt to residents like a prison’, adding: ‘The conditions are prison-like, they are military, with an eight-foot perimeter fence, barbed wire, unformed guards, curfews and padlocks on the gates.’

Mr Hickman told the court that the ‘appalling conditions’ at Napier ‘acted as recurring triggers for traumatic flashbacks’, particularly for asylum seekers who were previously victims of torture.

The Home Office is defending the claim and argues that housing asylum seekers at Napier Barracks is lawful. 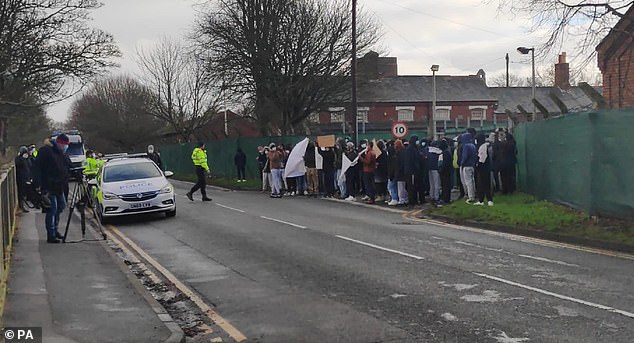 The hearing before Mr Justice Linden is due to conclude on Thursday afternoon, and it is expected the judge’s ruling will be reserved to a later date.

Last month asylum seekers won their fight to be moved out of former army barracks in Penally, Wales, that were described as ‘impoverished and run-down’.

Welsh Secretary Simon Hart confirmed in a letter to residents near Penally Camp, in Pembrokeshire, that the site would be returned to the Ministry of Defence by March 21.

Mr Hart’s letter said that although the decision to use the camp to house asylum seekers had caused ‘much frustration and anger’ in the community, the Home Office claimed it had ‘little option at the time.’

The first of around 250 male asylum seekers aged between 18 and 35 moved into the site in September of last year.