At least 16 people are killed and 27 injured after a bus crashes into a truck, teeters on a bridge and then plunges 45ft in Brazil

At least 16 people have died and 27 were injured after the bus they were in collided with a truck, teetered on a bridge and then plunged 45ft in the southeastern state of Minas Gerais on Friday.

The bus was traveling on the 217-mile marker of highway BR-381 in city of João Monlevade when it was involved in the crash with the tractor trailer at approximately at 1.30pm.

The impact of the accident forced the bus off the lane and left it dangling near the damaged concrete guard rail.

Preliminary reports from the Federal Highway Patrol indicate the driver abandoned the bus with the passengers inside. 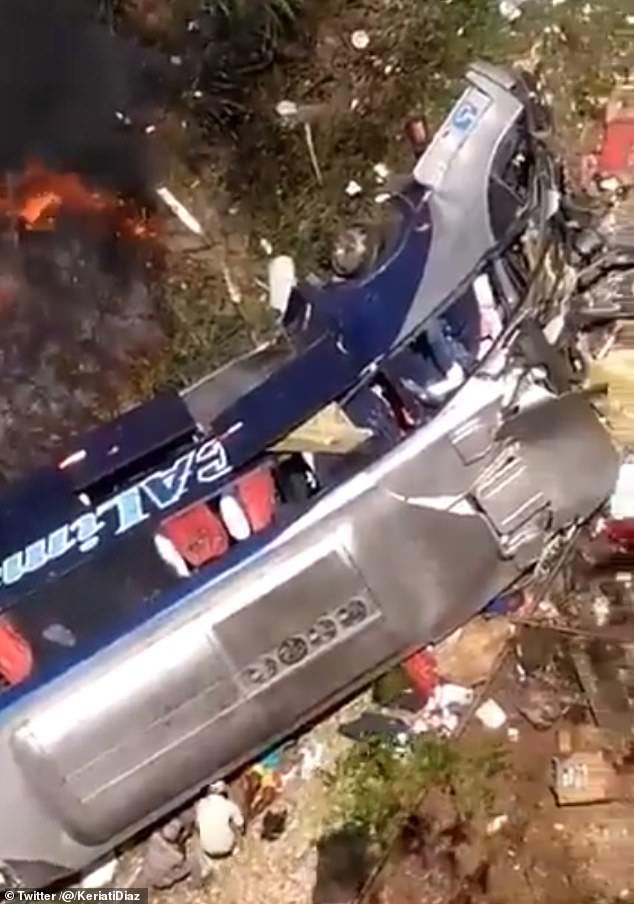 Firemen in Minas Gerais, Brazil, search through the wreckage after a bus fell off a bridge Friday following an accident with a truck 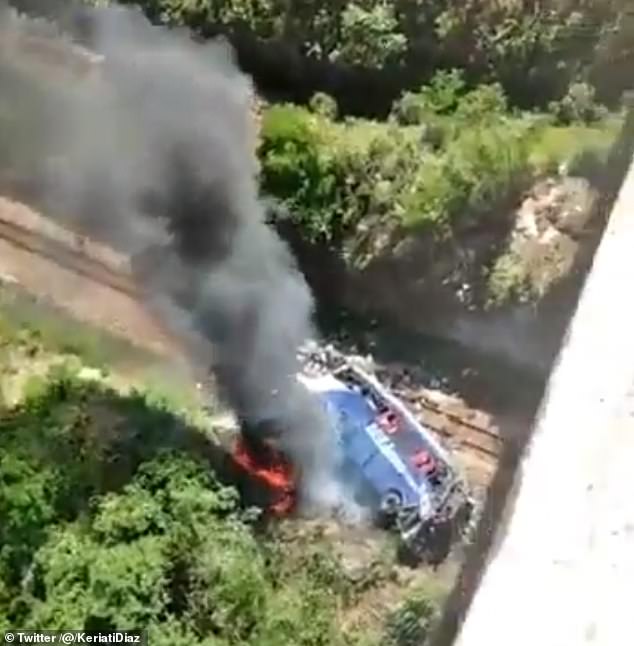 Passenger bus caught fire after it fell off a bridge Friday afternoon in João Monlevade, a city in the southeastern Brazilian state of Minas Gerais 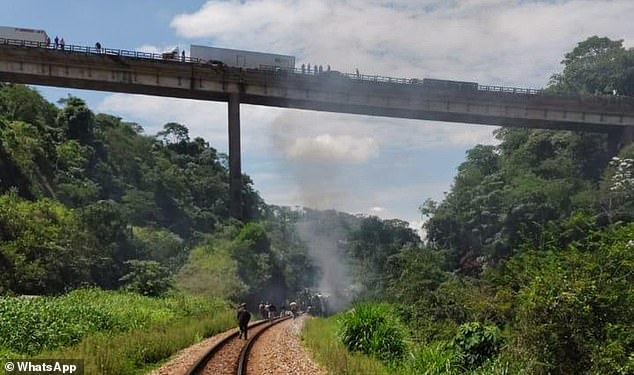 According to Brazilian news outlet G1, motorists at the scene said the bus driver attempted to put the coach in reverse.

Witnesses said that at least four people left the bus moment before it plunged 45 feet to the railroad track below.

Video posted by concerned motorists showed the bus wreckage in flames while fire fighters canvassed the area looking for survivors.

At least three of the injured passengers, including two children, were taken João XXIII Emergency Hospital, in Belo Horizonte, and listed in critical condition.

The crash is the second deadly accident in a week in Brazil after a collision between a bus and a truck killed 42 people in Taguaí, São Paulo, last Wednesday. Authorities declared 40 people dead at the scene and two others at a local hospital. 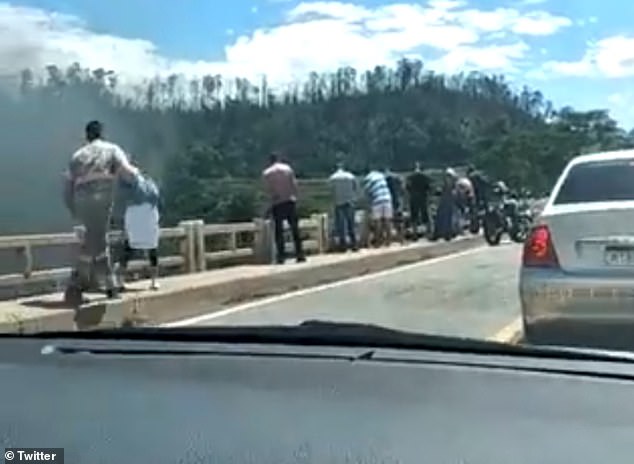 Motorists look over a bridge guard rail in Minas Gerais, Brazil, on Friday after a bus crashed with a truck and fell off the overpass 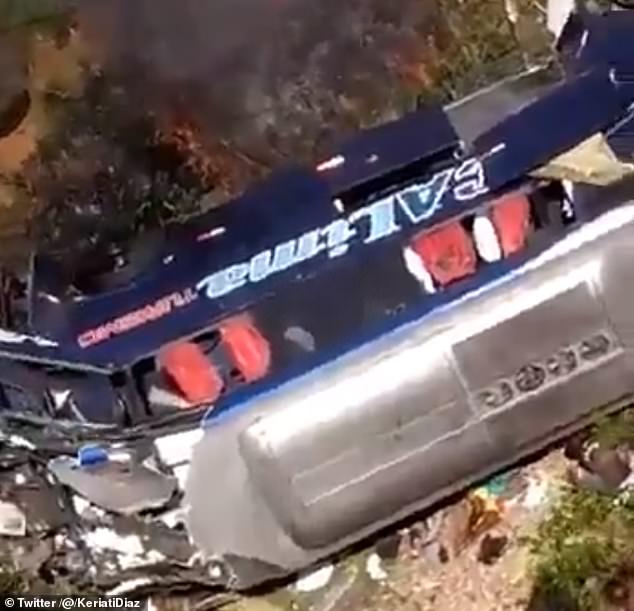 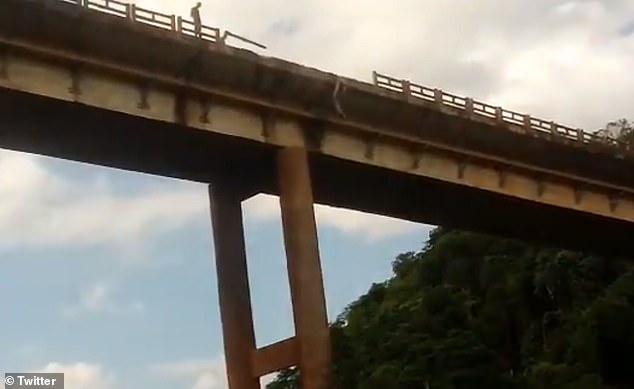 HOT OR NOT: Romain Grosjean is miraculously still alive thanks to F1's desire to improve safety

Argentine newspaper: Signal is the first to benefit from the new WhatsApp update crisis

People attending house parties of more than 15 people in England will face fines of £800,...