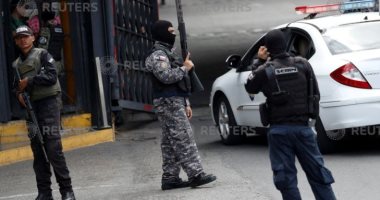 According to press reports and human rights activists, at least 23 people were killed over the weekend in a clash between police and gangs in Caracas, while the Venezuelan government faces international scrutiny of killings by security forces.

The clash began on Friday afternoon when two police units carried out an operation in the La Vega neighborhood, which is inhabited by gangs. Activist Marino Alvarado wrote on Twitter that the operation continued until Saturday.

Alvarado and other activists said, and a report by the newspaper Altimas Noticias, which is considered close to the ruling Socialist Party, that there were no deaths among the police as a result of the confrontations.

The Observatory of Violence Venezuela, a non-profit organization, says Venezuela is among the countries where violence is most common, with a murder rate of about 45.6 percent per 100,000 citizens in 2020.

Former Hillsong Pastor Carl Lentz, 42, is seen for the first time since spending Christmas in rehab

An exciting video of an American woman and her children raises controversy: Kneel down and pray for them ... Black women have brought down Trump!

The Telegraph: Strengthening airport security for lawmakers ahead of Biden's inauguration

Yesterday’s enemy may become today’s teammate .. Will Ramos and Salah play on one team?