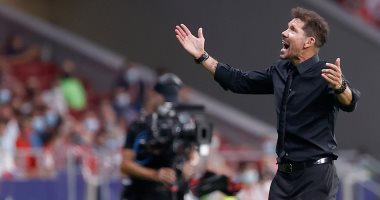 The technical staff of the Spanish club Atletico Madrid, led by Simeone, received good news before facing AC Milan, tomorrow, Tuesday, in the second round of the group stage of the Champions League.

And the “Football Spain” network reported that the Spanish team had restored its French player, Thomas Lemar, after the injury kept him away from the last three matches, and Simeone also restored the efforts of its veteran player, Koke, who was not ready to participate in the matches also during the recent period due to a muscle injury.

The Italian club AC Milan will host its Spanish counterpart, Atletico Madrid, tomorrow, Tuesday, to search for its first victory in the second group stage of the Champions League, at nine in the evening, Cairo time, at the San Siro stadium.

And the network revealed that coach Diego Simeone has a third option available, which is playmaker Joao Felix, who is serving a suspension in La Liga after being sent off, but it is possible to participate in the Champions League.

The Atlético Madrid team suffered its first loss in the current edition of the Spanish League against Deportivo Alaves, in the match that brought them together at Mendezorosa Stadium in the seventh round of La Liga.