Aubameyang sad about Gabon’s draw with the national team 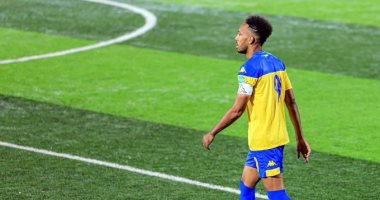 Gabonese captain and top scorer Pierre-Emerick Aubameyang expressed his sadness at the wasted chance of winning for his country against the national team, after the two teams tied with one goal each, in the match that took place between them on Sunday evening, at the Franceville Stadium in the second round of qualifying for the World Cup Qatar 2022.

Arsenal star Aubameyang said on his Twitter page after the draw: It hurts after all these efforts!!! Life is a battle and our team will fight over and over again.”

The hosts advanced in the 72nd minute, signed by Jim Alvina, before Mostafa Mohamed equalized in the 90th minute, so both teams scored one point on their way to the World Cup.

Hossam El-Badry, coach of the Egyptian national team, maintained his unbeaten record with the Pharaohs, after a draw with the Gabon team, in the match that took place between them at Franceville Stadium in the second round of qualifying for the 2022 World Cup in Qatar.

The total of Egypt’s matches with Hossam El-Badry reached 10 matches, the Pharaohs won in 6 matches and drew in 34 matches, and the team’s players scored 14 goals with El-Badry and conceded 4 goals.

Mystery aircraft is pictured flying over the Philippines 'could be U.S. stealth drone'

Hoops Heist: Seattle, the Sonics, and How a Stolen Team's Legacy Gave Rise to the NBA's Secret Empire