‘Has someone died?’ Aunt relives devastating moment she walked into a hospital room to discover her niece, five, had been hit and killed by a car

A woman has opened up about the moment she broke down after hearing her niece had died after being mowed by a car while walking home with pizza for dinner.

Taylor Maddock, 25, and her daughter Alannah Sobolewski, 5, were hit by a Toyota Tarago while on a pedestrian crossing in Plumpton, Sydney’s north-west, after 7pm on March 17.

The little girl died that night while her mother has been left with critical injuries, including a fractured spine, broken leg and shattered pelvis. 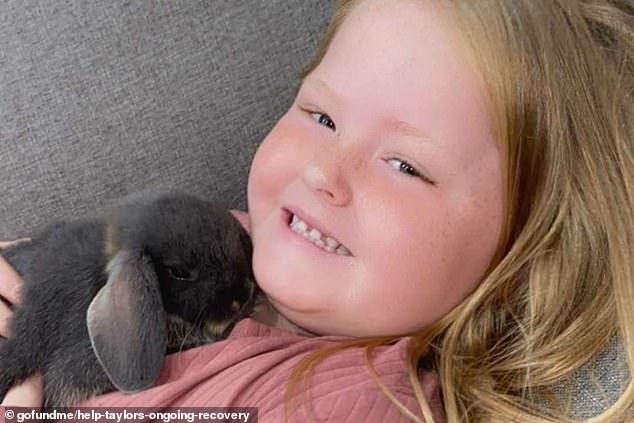 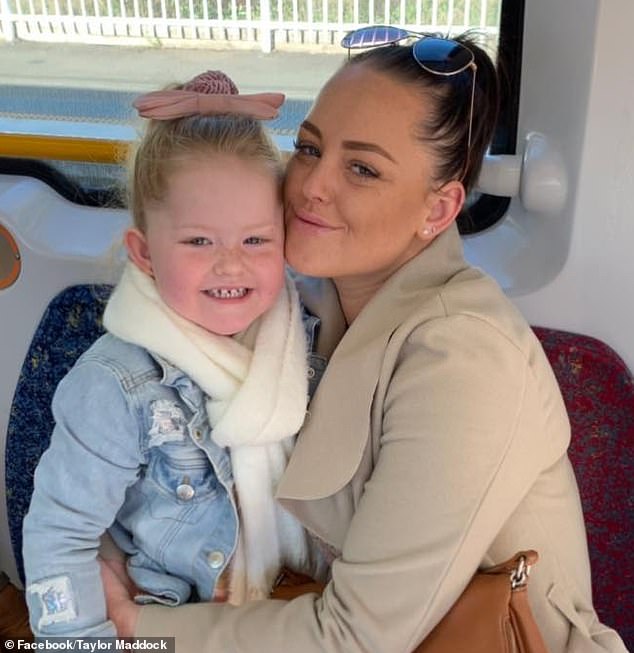 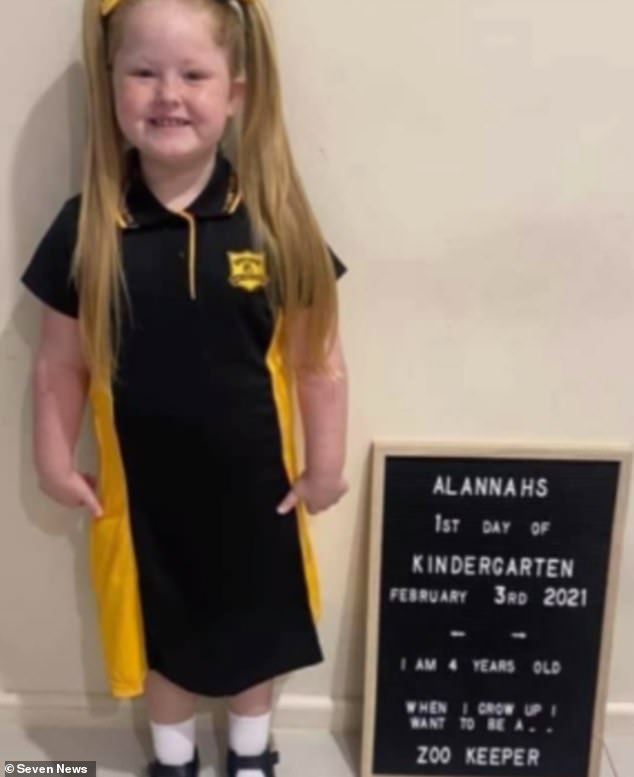 ‘My mum called me and said that Taylor and Lana had been hit by a car,’ she said.

‘My mum was quite emotional on the phone so I rang other family members as I didn’t really understand what was going on.’

Ms Maddock said when she went to Children’s Hospital at Westmead, a social worker walked with her to the emergency room. 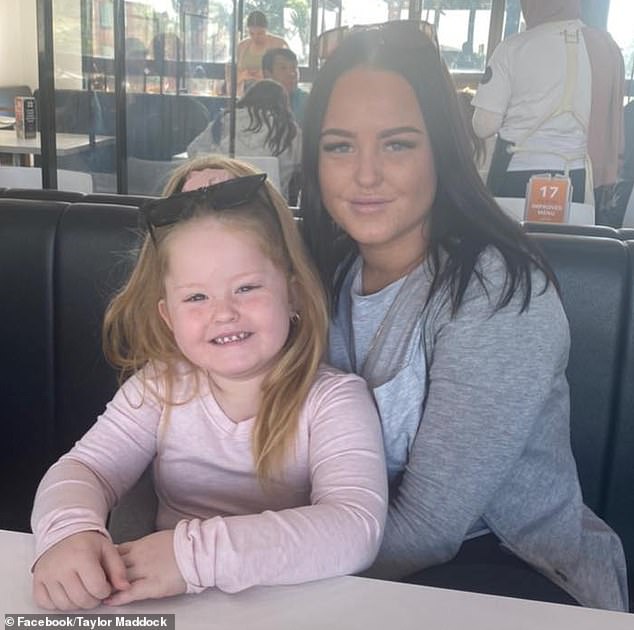 She was only told Alannah had passed away when she got into the room, saw her family in tears and her brother told her the news.

The ‘sweet innocent’ girl had only turned five a month prior and recently gotten her first pet, a bunny called Sprinkles.

She was in her first term of primary school and wanted to be a zookeeper when she grew up.

‘The look of happiness on her face when she got her [Sprinkles] is a memory we will never forget,’ said Ms Maddock on a GoFundMe page she set up to support her sister, which has raised over $60,000. 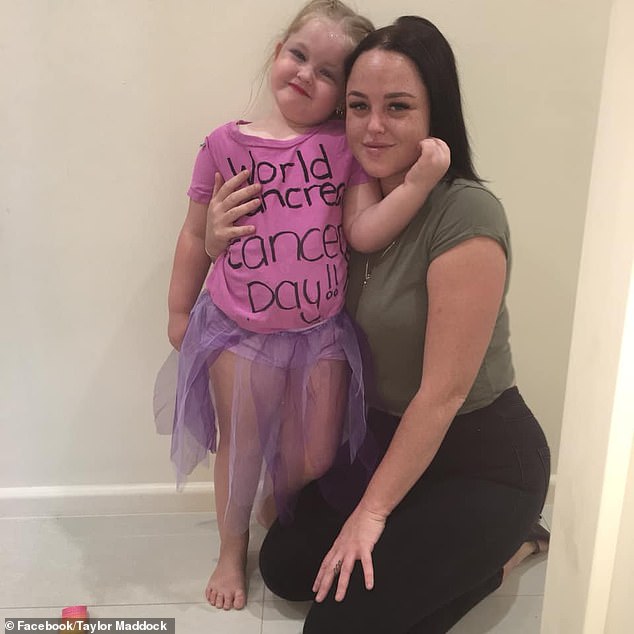 ‘Lana was the world to her mum. Anyone who knew her was lucky to have known her beautiful smile, her funny personality and her loving heart. She was truly the most special girl.’

The night after her death, loved ones visited the crash site leaving balloons, toys and flowers.

Two critical care paramedic units and a number of ambulances rushed to the scene where they tried to save the youngster before rushing the pair to Westmead Hospital.

Photos of the horrific crash show a team of paramedics desperately working to stabilise the mother and daughter.

The impact shattered the front windscreen on the Tarago and left a large dent in the front bonnet. 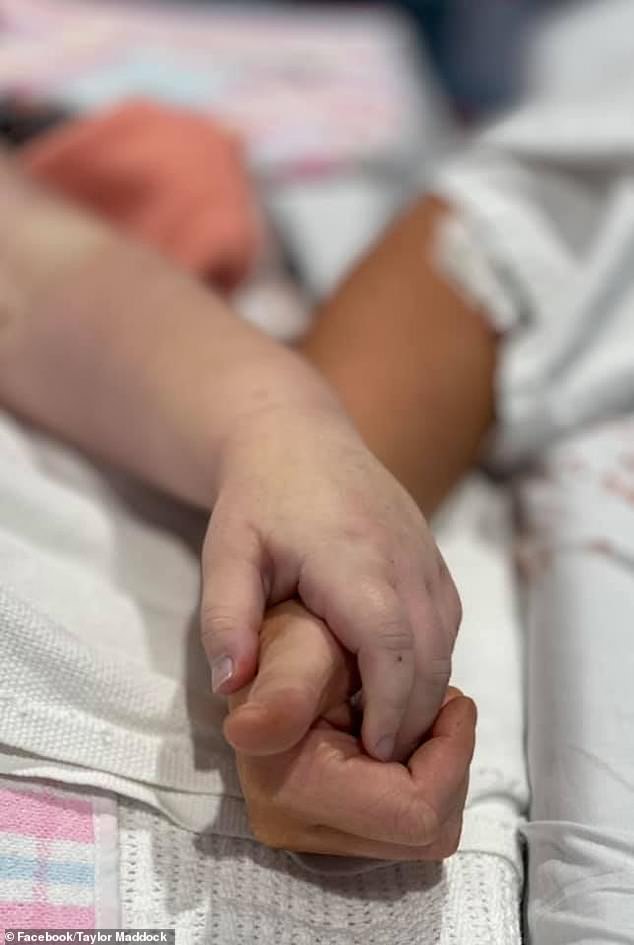 Local resident James Camilleri said there were many road accidents in the area and the traffic lights near the scene were not working.

‘We heard a thud then all of these sirens going off,’ he told TNV.

‘Just a year ago my brother was here, got t-boned by a truck. He had a heart attack and they brought him back to life.

‘Something definitely has to be done about this road.’

The driver sustained no injuries and was taken to Westmead Hospital for mandatory testing.

Detective chief inspector Sean Gabin said the driver was in shock, and had been released without charge.

‘Anyone who goes to a scene where someone has died is obviously distressing,’ he said.

‘It’s more distressing when you see a small child.’